The Bruins lost to the Devils on Sunday, 1-0. Boston gets a chance to rebound on Tuesday against the Islanders at 7 p.m.

The Patriots and rookie quarterbacks: Asked about what the “answer” would be for the Patriots’ current question at the quarterback position, ESPN Patriots reporter Mike Reiss offered a view into Bill Belichick’s mindset.

“I think when we talk about their strategy and their approach, they’re all-in right now on the draft quarterbacks,” said Reiss in an ESPN interview. “They tipped us off by attending Trevor Lawrence’s Pro Day. They were one of just 17 teams to do that.

“Think about that,” Reiss added. “They have no shot at Trevor Lawrence. They pick 15th overall in the draft. So why are they there? They want the most thorough evaluation of the entire class, so when they get to the draft and they start thinking more about strategy, they can make a determination. Do we want to trade up a little bit? Do we want to stand pat like we did in 2014 and Jimmy Garoppolo fell to us in the second round. That’s all information that they’re gathering right now, and they’ll see where that process takes them.”

Reiss added that while it’s difficult to predict Belichick, New England is unlikely to simply sign a veteran quarterback simply for the sake of it.

“If they don’t think there’s an answer, they’re not just going to check the box for the sake of checking a box,” Reiss explained.

Trivia: Larry Bird was the last Celtic to win MVP of the NBA All-Star Game. One year before Bird did it in 1982, another Celtic won MVP of the game. Name that player.

Hint: Hall of Fame player originally drafted in the second round by the Cincinnati Royals.

Boston College baseball’s epic comeback: On Sunday, Boston College was one strike away from losing 9-1 to Auburn. Incredibly, the Eagles mounted a comeback to win the game in extra innings, 11-9.

The best plays from the NBA All-Star Game:

On this day: In 1971, Muhammad Ali fought Joe Frazier in the “Fight of the Century” at Madison Square Garden.

Both fighters entered undefeated with claims to the heavyweight title (Ali had been officially stripped of the title after refusing induction into the army in 1967).

Frazier won the bout by unanimous decision after 15 rounds, but it was only the first act of a three-fight series. 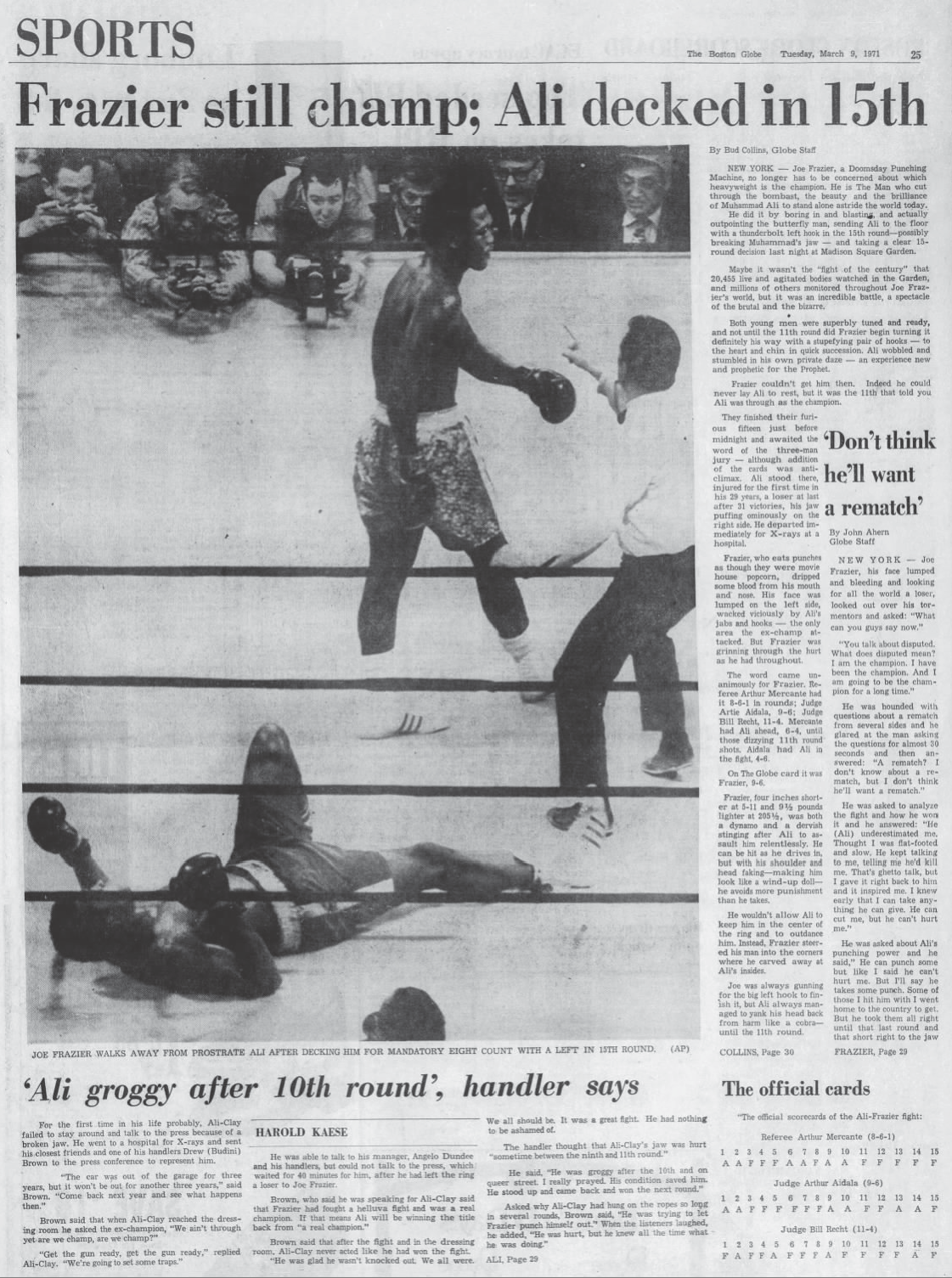 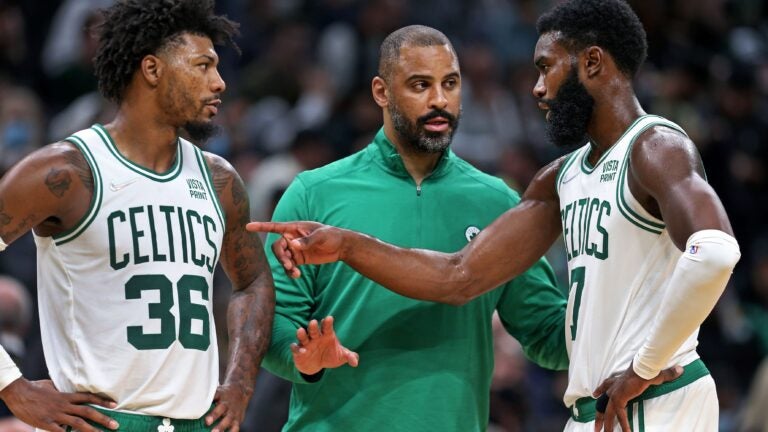