Cam Newton got his wish: he’ll be back for another round with the New England Patriots this fall.

The Patriots are reportedly re-signing Newton to a one-year contract worth up to $14 million, answering short-term questions about their quarterback position heading into the NFL’s free-agency rush next week.

Newton’s first year in Foxborough went far from swimmingly, but head coach Bill Belichick and other Patriots coaches spoke well of the 10-year veteran and former NFL MVP during the offseason, setting the table for a possible reunion.

Newton certainly provided some glimpses of his elite form before testing positive for COVID-19 last October, including a stellar Week 2 performance against the Seattle Seahawks. But those flashes were few and far between the rest of the season, with Newton failing to top 100 passing yards four times after his return to the lineup.

Here’s an in-depth statistical look at Newton’s 2020, which could give a glimpse into what to expect from him and the Patriots passing attack this coming fall.

Many experts wondered whether Newton could ever run with his trademark physical style again after a Lisfranc injury ended his 2019 season.

A healthier 2020 version of Newton proved otherwise, and the Patriots used him as a runner unapologetically. New England called designed runs for Newton 71 times last year for 407 yards; that’s the fourth-highest total of his 10-year career to this point and his highest mark in three years.

The Patriots especially preferred using Newton on gap-style run concepts with man-to-man blocking or lead-blocking schemes (57 carries), allowing the big quarterback to get downhill like on this “power” concept against the Miami Dolphins.

Newton’s 592 yards rushing (which includes scramble yards) set a New England franchise record for quarterbacks, and he tied for the most first-down rushes (56) he’s ever had in his career. His 49-yard run against the New York Jets also marked his longest rush since 2017.

While Newton will soon be 32 years old and has taken a lot of hits in his career, he showed his legs have plenty of juice left last season. Expect the Patriots to lean on his rushing ability again to keep the chains moving as the team figures out the passing game.

They just weren’t anything to write home about.

Newton’s average depth of target last year was just 7.3 yards, tied for 34th in the league (min. 121 attempts) with New Orleans Saints backup Taysom Hill. Newton didn’t register a particularly high amount of turnover-worthy throws, according to PFF’s metrics, but he also didn’t produce many “big-time throws” — passes graded as having “excellent ball location and timing, generally thrown further down the field and/or into a tighter window” — either.

In short, Newton essentially played the role of game manager last season, largely keeping the ball out of harm’s way as the Patriots relied heavily on their stellar ground attack. The end result: a passing attack tied for the third-fewest “explosive” pass plays (completions of more than 20 yards) in the league (38) and ranked 30th overall in passing yards. 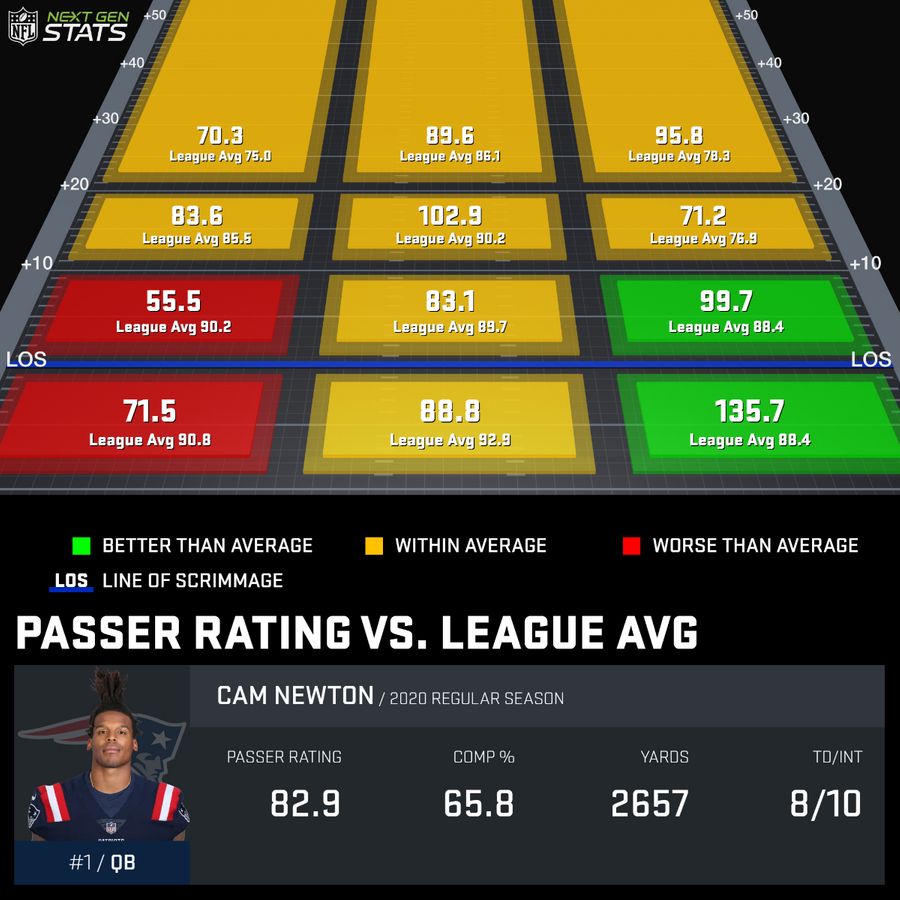 Newton has never been a record-setting passer in his career, having topped 4,000 passing yards only once (his rookie season in 2011). But his production, especially as a deep passer, has dipped since his throwing shoulder began giving him problems in 2017. The shoulder has required multiple surgeries since then, something Bill Belichick has reportedly expressed concern about.

With two years between Newton and his last shoulder surgery, 2021 may be as telling a season as any regarding how much he can challenge opposing defenses with his arm.

“Some help would be nice…”

For all Newton’s struggles last season, the supporting cast surrounding him in the passing game was far from stellar.

Rob Gronkowski, the most dominant tight end of his generation (though a lesser player in recent years), left the team in 2019 before joining Brady for Tampa Bay’s Super Bowl-winning season. Veteran receiver Julian Edelman played just six games before a knee injury cost him his 2020 season.

That left the Patriots with two former undrafted free agents, Jakobi Meyers and Damiere Byrd, and running back James White as their leading receivers. N’Keal Harry, the team’s 32nd-overall pick in the 2019 draft, has made a fairly negligible impact thus far and may even be on the trade block.

It was fun watching (a healthy) Cam Newton play football again. Some pocket passing highlights from his game in Seattle.

PFF’s yards per route run statistic — which tracks a receiver’s production every time they run a route — is especially unkind to Patriots receivers. Meyers (2.24 yards per route run) and Edelman (1.89) were the only Pats receivers above league average in this metric (~1.65, minimum 32 targets), significantly higher than Byrd (1.29) and Harry (0.97, tied for ninth-worst among qualified receivers).

Even White, who had a down year overall, was more effective than Byrd and Harry in yards per route run (2.04).

One can argue, of course, that the receivers would have put up bigger numbers had Newton performed better. That is true to an extent; receivers can’t accumulate yards if they don’t get the ball.

But the inability of Patriots receivers to get open was documented during last season and can’t be overlooked as a reason for the anemic passing production. Regardless of whether New England re-signed Newton or not, the team needed to upgrade its receiving corps and has a plethora of options to choose from in free agency and in the draft.

Assuming a fully healthy season, it’s unlikely Newton will struggle to quite the same extent as he did in a bizarre 2020. That said, the Patriots can’t count on his arm and legs alone to win games; they must surround him with a supporting cast that can make his job easier.

Furthermore, Newton’s likely not a long-term answer at the position at this point in his career. NFL insiders still believe there’s a good chance New England adds a quarterback in the first few rounds of the upcoming draft.

But bringing Newton back at a low-end-starter-level rate for this year gives the Patriots an opportunity to see what the former MVP has left and compete for a playoff berth even as the team looks to the future. 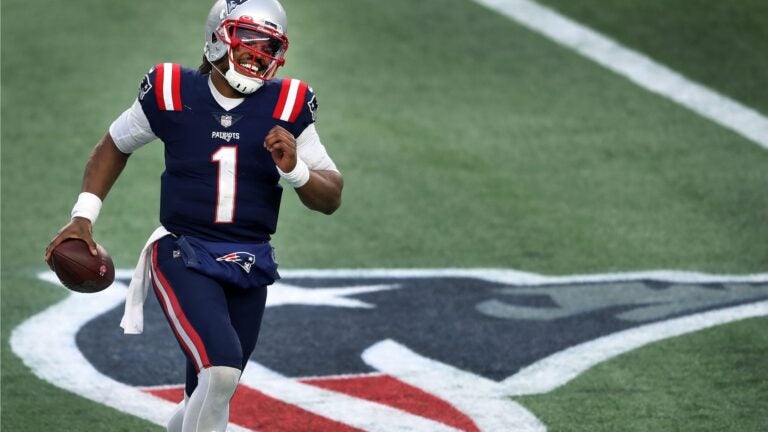 Sports Q: Are you glad the Patriots brought back Cam Newton?