Here are five things to know about Judon.

He led the Ravens in sacks last year

Judon’s scouting report describes an explosive, aggressive linebacker with great length who can get to the quarterback. College football’s leader in sacks in 2015, Judon has recorded 34.5 sacks in his NFL career, including six last season — a Ravens team-high. His best season was 2019, when he recorded 9.5, and he has recorded six or more in four consecutive seasons.

Judon was a Pro Bowl selection this season. The Ravens valued him highly, and coach John Harbaugh said Judon was “probably right at the top of the list, for sure” of players the team would attempt to bring back.

Instead, Judon is headed to New England.

Text from Matt Judon on why he chose the #Patriots: “They chose me.”

In five NFL seasons, Judon has remarkably missed just four games. This past season, he missed two games while on the Reserve/COVID-19 list, but he has generally been available.

Bill Belichick has said in the past that dependability is more important than ability. While that doesn’t exclusively refer to health, Judon’s skill and durability could be a good fit for Belichick.

He reminded teammates in Baltimore of Terrell Suggs

Terrell Suggs is a highly regarded name within the Baltimore Ravens organization, and Judon drew comparisons to the former Defensive Player of the Year.

Defensive coordinator Wink Martindale was a little more hesitant due to Suggs’ success, but added that Judon “has a Suggs-like personality.”

He was not highly recruited out of high school

Judon was a fifth-round selection in 2016 and was considered a steal at that stage. A Michigan native who grew up near Detroit, Judon — one of nine siblings — attended West Bloomfield High School. He was a two-star recruit, and according to Scout.com, he had no offers from I-A or I-AA schools.

Judon attended Grand Valley State University — a Division II school. Scouts wondered whether his skill set would translate to the NFL level — a question which has been comfortably answered by this point.

Before he was drafted, Judon dropped a funny anecdote for the Detroit Free Press: His first order of business after being drafted would be to make some financial plans while eating a chalupa from Taco Bell.

“I like Taco Bell,” Judon said. “I mean, obviously I’ll have way more money than I’ll know what to do with, but while I’m pondering what I’m going to do with my money I’ll be eating a chalupa or something.”

That’s not the only time Judon has referenced Taco Bell. In 2019, he introduced himself on a Sunday Night Football broadcast as “Matthew Judon, body built by Taco Bell.”

Ravens LB Matthew Judon with the best SNF intro ever.

Fans sitting near the field should also be alert if they want to keep their beer.

If nothing else, the Patriots certainly seem to have acquired an entertaining personality. 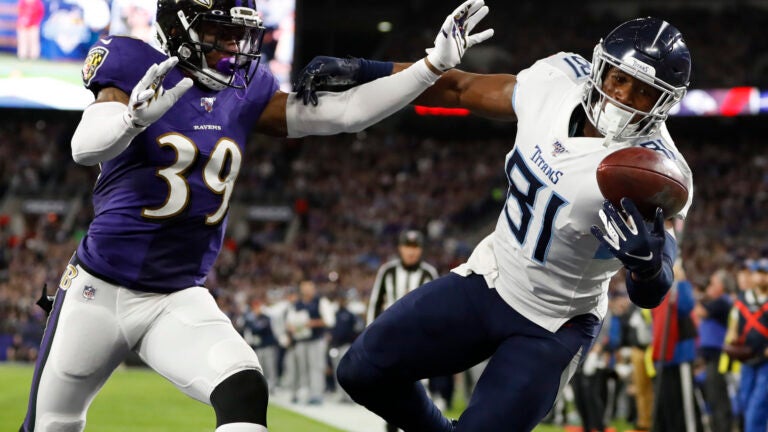