The New England Patriots came into the 2021 free agent season badly needing to upgrade their receiving corps after a difficult season throwing the ball last year.

They got straight down to business on the soft opening of the free-agent period by reportedly agreeing to a four-year deal with former Tennessee Titans tight end Jonnu Smith.

From Smith’s quiet breakouts over the last two years to what his new coach has said about him in the past, here are five things you should know about the newest Patriots pass-catcher.

Smith’s first two seasons in Tennessee were nothing to write home about as he caught just 18 and 20 passes in 2017 and 2018, respectively.

But he started coming into his own during his last two seasons with Tennessee, topping 400 yards receiving in both. His 41 catches and 448 receiving yards last year were both career highs, and eight touchdowns in 2020 matched his combined scoring output from his first three years.

A one-handed grab to put the @Titans ahead! #Titans #NFLPlayoffs @EasyMoney_81

Those numbers all came in a run-heavy offense led by star back Derrick Henry and with two receivers (A.J. Brown and Corey Davis) that topped 900 yards through the air.

Though the Patriots also employed a run-heavy offense last year, the team’s lack of elite receiving options suggests Smith could see a much bigger role in New England.

Hunter Henry isn’t the only free-agent tight end Bill Belichick has spoken highly of in the past.

Here’s what the Patriots’ head coach had to say about Smith before the Patriots faced off against Smith’s Titans in a 2020 AFC wild card round game:

“He’s just a really good tight end,” Belichick said. “Can do a lot of things. Blocks well. Runs well. Is a good receiver. Played him at tailback, he looked pretty good back there. He’s a very athletic player. Hard to tackle. Catches the ball well.

Belichick has a point: Smith has quite the knack for racking up big yards once he has the ball in his hands.

That’s an area the Patriots could absolutely use a boost in after finishing 25th in the league in yards after catch according to STATS.

And if Belichick and offensive coordinator Josh McDaniels really want to have fun, they can always get Smith the ball this way:

Jonnu Smith is a tight end.

And he’s as fast as any RB out there. @Easymoney_81 #Titans #HOUvsTEN

The biggest knock on Smith coming into free agency was his blocking, which has typically been a far weaker piece of his skillset than his receiving ability.

But many experts have been quick to point out that Smith’s blocking has taken a turn for the better since he came into the league. His Pro Football Focus grades seem to agree with that notion.

Smith’s 2020 run-block grade of 61.4, while not spectacular, is the best of his career to this point. His pass-blocking grades aren’t particularly great, but that’s not as big a concern given he’ll be running many routes on pass plays.

As long as Smith can continue improving in this area and not hinder the Patriots’ ability to run the football, he should function well as an every-down tight end and get his opportunities in the passing game.

The Patriots desperately missed having a go-to red zone target in 2020, a role once filled by Gronkowski. Smith’s track record suggests he can help with that.

According to PFF, Smith has caught the fourth-most touchdown passes in the red zone among all tight ends since 2019 and has yet to drop a red zone target in that time.

His 6-foot-3-inch, 248-pound frame and nearly 40-inch vertical (as measured at the NFL Combine in 2017) give him the ability to both out-muscle and out-leap defenders in tightly contested windows, making it feasible to think Smith could top 10 touchdowns in 2021 if given the chance. 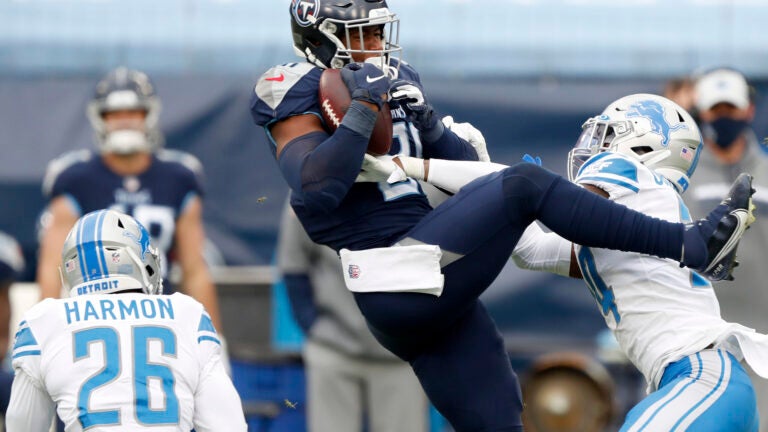