The start of free agency affords the New England Patriots a major opportunity to upgrade their offense, with wide receiver and tight end being top positions of need after a dismal year throwing the football.

But at least one NFL insider suggests the Patriots could also look to add another running back to its stable to offset in case the team loses a few of its mainstays in the backfield.

In an interview, NFL Network reporter Tom Pelissero name-dropped the Patriots while breaking down the free-agent running back group now that the best name on the market, Aaron Jones, has officially re-signed with the Green Bay Packers.

“Expect the Jets and the Patriots to be among the teams active in looking for running back help in the next few days.”

The #Packers opted not to franchise tag Aaron Jones, but his new deal will pay him a little more than the cost of two tags over the next two years, as the RB market now turns to Chris Carson, Kenyan Drake and Jones’ teammate, Jamaal Williams. @nflnetwork pic.twitter.com/Dmf1VHpwFR

The Patriots currently have four running backs — Sony Michel, Damien Harris, J.J. Taylor, and Brandon Bolden — under contract going into the 2021 season. But the team could be set to lose one or both of unrestricted free-agent backs James White and Rex Burkhead, the team’s two best receiving threats out of the backfield.

Despite a down year statistically, the sixth-year veteran White still caught the third-most passes on the team last season behind receivers Jakobi Meyers and Damiere Byrd. He’s set to receive interest from teams in need of pass-catching running backs, including Tom Brady’s Tampa Bay Buccaneers. Burkhead is a similarly versatile runner with familiarity in New England’s system but suffered a torn ACL late in the 2020 season and likely won’t start the next campaign healthy enough to play.

If the Patriots opt to let White walk, that likely takes high-priced targets like Carson and Drake off the board. Both of them are projected to command deals with more years and more guaranteed money in free agency than White. But Williams could be a much more affordable possibility.

PFF’s Brad Spielberger projects Williams, who has backed up Jones in Green Bay the last four years, could be had for $6 million over two years (just $4 million guaranteed) — slightly cheaper than White’s projection (two years, $10 million; $5 million guaranteed). In addition to Williams’s ability to catch passes out of the backfield, he has rushed for more than 450 yards in each of his first four seasons, something White has yet to do in his career.

In addition to whomever New England might target in free agency, the team has also visited with several running back prospects in the draft with an eye toward the future. 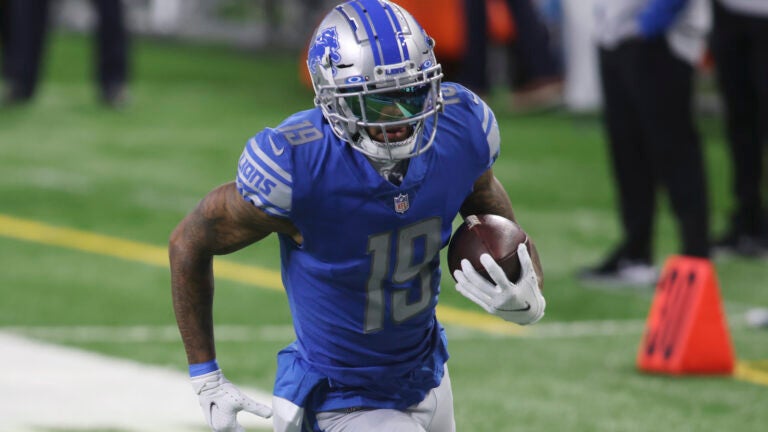