The New England Patriots wasted no time using their free-agent dollars to shore up two major positions of need heading into the 2021 season.

According to ESPN’s Adam Schefter, Smith’s contract is worth $50 million over four years while Godchaux will sign a two-year deal for up to $16 million.

Former Dolphins’ NT Davon Godchaux agrees with the Patriots on a 2-year deal worth up to $16 million that includes $9 million fully guaranteed, his agent @DrewJRosenhaus tells ESPN.

Smith entered free agency as Pro Football Focus’s second-ranked tight end target after posting career-highs in receptions (41), receiving yards (448), and receiving touchdowns (eight) last season with the Titans. He hit the open market last week after the team opted not to extend his contract and was informed earlier Monday morning that Tennessee did not intend to re-sign him.

The soon-to-be-fifth-year tight end is a primarily pass-catching tight end that excels at creating yards after the catch, averaging 5.8 yards after catch per reception last year, fourth among tight ends. He produced a passer rating of 110.1 when quarterbacks threw his way, which bodes well for Newton and the rest of the team’s quarterback room.

New England hopes adding Smith will instantly jumpstart a tight-end room that has struggled immensely since the loss of Rob Gronkowski two seasons ago. In that time frame, Patriots tight ends have the fewest receptions (55), receiving yards (673), targets (87) and receiving touchdowns (3) in the NFL according to ESPN’s Stats & Information. Last year, the unit totally just 18 receptions, tying for the fewest by any team since the 2016 Jets.

Meanwhile, the team will be counting on Godchaux to stabilize a defensive line that struggled to stop the run last year, ranking 26th in rushing yards allowed.

The former LSU standout started 37 straight games at nose tackle for the Dolphins in the last three seasons but played in just five games last year, recording 10 tackles, before going on injured reserve after tearing his biceps. 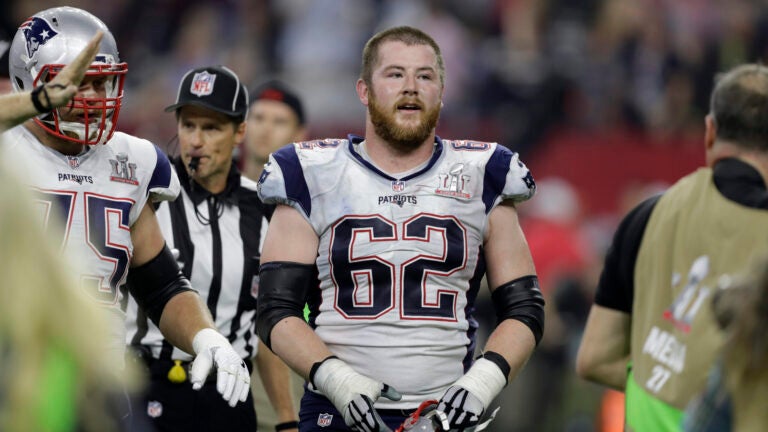