When faced with the possibility of having to choose between top free-agent tight ends Hunter Henry and Jonnu Smith, New England Patriots head coach Bill Belichick simply said, “Why not both?”

The Patriots reportedly agreed to a three-year, $25 million contract with the former Los Angeles Chargers tight end Henry just a day after nabbing Smith, formerly of the Tennessee Titans, on a tentative four-year deal worth $50 million.

Hunter Henry with the toe-tap to put the Chargers within two scores! 👯‍♂️

The apparent goal? Resurrecting the dynamic two-tight end system that has brought New England success ever since the team drafted Rob Gronkowski and Aaron Hernandez in 2010.

The Patriots took the league by storm with their two talented young tight ends, even leading the NFL in both scoring and yards during the 2012 season. In the three seasons they played together, Gronkowski and Hernandez averaged more than 1,500 yards and 18 touchdowns combined.

Though that duo didn’t last, the offense stayed humming through the years as Gronkowski blossomed into the league’s best tight end while the likes of Scott Chandler and Martellus Bennett, among others, took Hernandez’s place.

The Patriots tried to replicate that formula by trading up to draft tight ends Devin Asiasi and Dalton Keene last year, but the pair totaled just five catches for 55 yards put together.

That lack of success from the young tight ends, as well as the group’s anemic 2020 showing as a whole, likely spurred the Henry-Smith pairing, which could represent the closest comparison to the original Gronkowski-Hernandez model yet.

Henry has topped 600 yards receiving in each of his last two seasons while Smith racked up 400+ yards in his last two years in Tennessee, tying for fourth among tight ends in touchdowns (eight) despite being underutilized in the Titans’ run-heavy offense.

The two also have the versatility to play on the line of scrimmage or flex out as receivers, though NFL Network’s Dan Jeremiah expects Henry to play more of the traditional “in-line” role while Smith lines up everywhere as a “move” tight end.

41-yard catch and run for Jonnu Smith to put the #Titans ahead in Nashville! #NOvsTEN

Jeremiah further described this unpredictable two-tight end system as “very quarterback-friendly.” For proof of that concept, look no further than Tom Brady, who took full advantage of the matchup nightmares the Patriots’ two tight-end sets posed as New England’s quarterback.

But even as Brady’s passes traveled fewer yards as he focused more on his tight ends, the offense continued to rank among the top-five scoring and yards-gained leaders up until Gronkowski departed prior to the 2019 season.

That could bode well for recently-signed quarterback Cam Newton, who relied largely on shorter throws last year with an underwhelming receiving corps. Additionally, Newton played some of his best football, including his MVP season in 2015, while throwing to tight end Greg Olsen, whose role compares well to what Smith will likely play.

But Jeremiah noted mentioned Henry and Smith’s presence could greatly benefit a young quarterback if the Patriots end up drafting one next month as well.

The Patriots have also bolstered their wide receiver room in free agency thus far, adding the speed of Nelson Agholor and Kendrick Bourne to further threaten defenses. But the high-profile additions of Henry and Smith look to be the biggest additions to the Patriots’ offense so far. 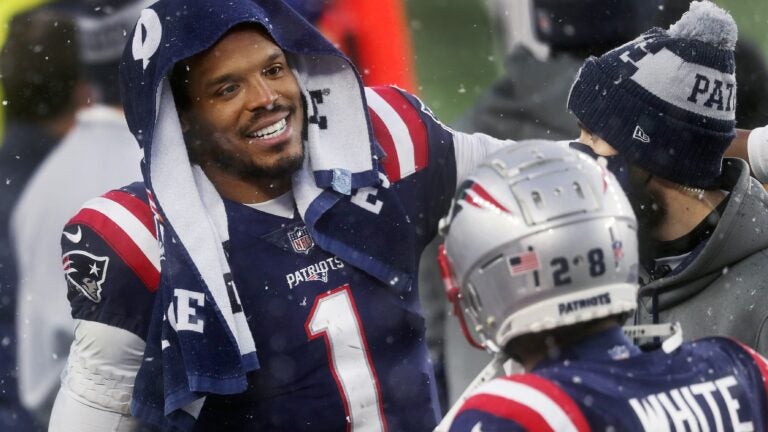