In his first comments since agreeing to a deal with the Patriots, tight end Jonnu Smith said Wednesday he is excited at the possibility of getting “creative” as part of New England’s two-tight-end sets alongside Hunter Henry.

Smith, 25, agreed to a four-year, $50 million deal with New England. A former third-round pick out of Florida International, he spent the last four years with the Titans, and last season he caught 41 of his 65 targets for 448 yards and 8 touchdowns.

He’ll get a chance to work with the 26-year-old Henry, who agreed to terms Tuesday on a three-year deal with a maximum value of $37.5 million ($25 million guaranteed). Henry has 2,322 yards and 21 TDs in 55 games, all of them with the Chargers.

It’s a step up for the Patriots, who got just 18 receptions total out of the tight end position in 2020.

Smith and Henry will be part of a New England passing game that is anticipated to include holdovers Julian Edelman, Jakobi Meyers, and Damiere Byrd, among others.

But Smith doesn’t sound worried about competition for targets, in large part because of how Bill Belichick has been able to effectively deploy two-tight-end sets in the past with the likes of Rob Gronkowski and Aaron Hernandez.

“I’m a competitor; I’m sure he’s a hell of a competitor as well,” Smith said of Henry. “So, just being able to go in there, just going to try to outwork each other, it’s only going to make us better. I’m looking forward to it. I’m just excited for the opportunity and just waiting to get to it.”

One of the things that made those two-tight-end sets work a decade ago was a willingness on the part of the players to line up in multiple spots. Smith, who worked part-time as a tailback in Tennessee (he ripped off a 57-yard run last year against Houston), says that versatility is right in his wheelhouse.

“I feel like I’m the most versatile tight end in this league,” Smith said. “I know what I can do once the ball is in my hands. There’s no tight end in the league better than me at that.”

Smith was asked what sort of player New England is getting in him.

“They’re definitely getting the hardest worker that’s ever came through Gillette Stadium,” said the 6-foot-3-inch, 248-pounder. “That’s just what I believe in. That’s all I know.

“I was never the highest-recruited high school player, never labeled the best tight end in college. Even at this level, I just had to carve out a path for my own self.

“There’s just not a guy that, when I walk in that building, that can outwork me. I’m sure the Patriots, that’s what they believe in.” 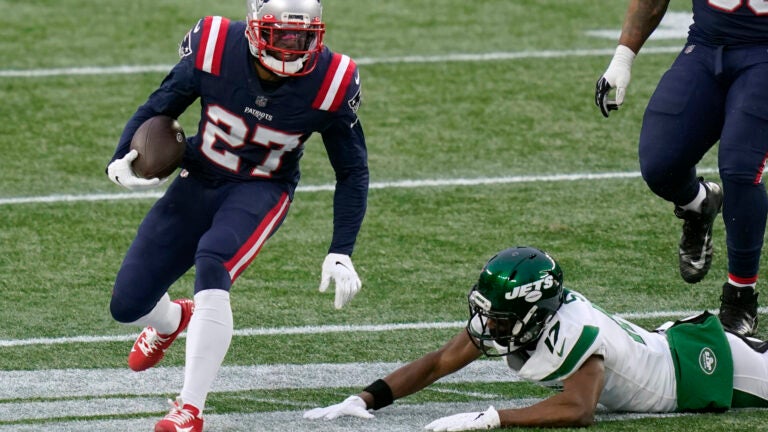