Former Patriots linebacker Kyle Van Noy announced he is returning to the Patriots via Twitter on Wednesday.

Van Noy signed a four-year, $51 million contract with the Miami Dolphins in 2020. He was cut by the team earlier this month and expressed his surprise in a statement.

“I am surprised and disappointed in their decision,” Van Noy wrote. “As a captain, I gave my all to the team. I fought through a painful hip injury during the season, including spending a night in the hospital after a game. I was brought there to be a leader and I know my teammates looked up to and respected me. I am looking forward to making an impact on my next team, on and off the field.”

Rumors that Van Noy might return to the Patriots surfaced, and sure enough, he posted a tweet Wednesday evening with a video showing flashes of moments throughout his career. At the end, Van Noy whispered, “Pats Nation: I’m back.”

Van Noy joined the Patriots in 2016 when they traded a sixth-round pick to the Detroit Lions for the linebacker and a seventh-round pick. He began as a back-up but worked his way into the starting lineup by 2017, recording a tackle and half a sack in New England’s Super Bowl victory over the Atlanta Falcons. Two years later, he recorded three tackles, a sack, and a tackle for loss in the Patriots’ Super Bowl win over the Los Angeles Rams. 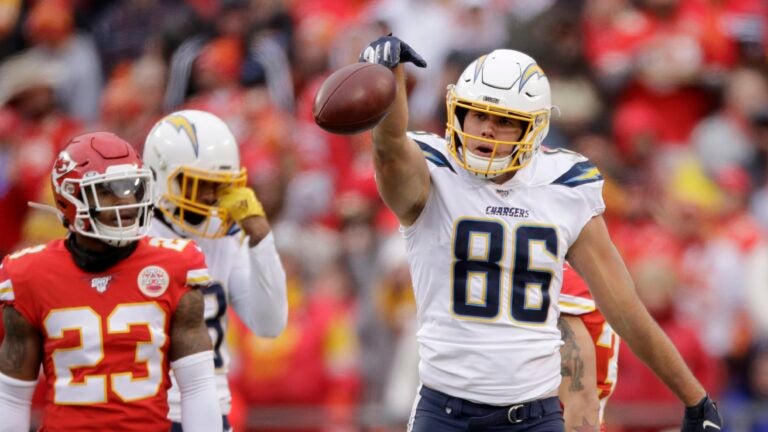 5 things to know about new Patriot Hunter Henry, who caught Bill Belichick’s eye a while ago