The New England Patriots already have a presumptive starting quarterback on their roster after reportedly re-signing Cam Newton to an incentive-laden one-year contract before retooling his receiving corps during an epic pre-free-agency spending binge.

But some NFL experts still think the Patriots have their eyes on bigger moves in the quarterback market.

ESPN analyst Dan Orlovsky chimed in Wednesday morning to suggest the Patriots might be setting themselves up for a splashy trade, either in the draft or for Houston Texans star Deshaun Watson.

It just feels like all the @Patriots moves are in place for a HUGE QB move…up in draft to take a young kid early/use Hou connections to get Watson?!?

In response to that message, ESPN NFL Draft analyst Matt Miller dropped the name of a quarterback he would love to see in New England: North Dakota State’s Trey Lance.

Miller’s not the only prominent insider to suggest Lance, who is widely being discussed as a top-10 pick, as a possibility for the Patriots.

NFL Network’s Daniel Jeremiah told reporters last week on a video conference call that he could see Bill Belichick having “an affinity” for Lance, perhaps even viewing him as a younger model of Newton.

“This kid is incredibly intelligent, which we know the Patriots have always placed a premium on,” Jeremiah previously said. “He can direct fronts, he can do all the stuff at the line of scrimmage you need to do…He’s got a power arm that fits in the weather in that division later in the year. “

Jeremiah added the Patriots’ signings of tight ends Hunter Henry and Jonnu Smith could be an effort to create a quarterback-friendly environment not just for Newton but for the team’s quarterback of the future.

“I could make a strong case this is being set up for them to draft a young quarterback to have a lot of friendly targets in place for him to grow and develop,” Jeremiah said. “So I would not sleep on the Patriots trying to address this in the draft.”

ESPN draft expert Mel Kiper has also linked Lance to New England, predicting the team could trade up from the No. 15 overall pick to select him ninth overall in his latest mock draft.

As for pulling off a blockbuster trade for Watson, the Texans have yet to budge on Watson’s demand to be traded from the team. As The Athletic’s Jeff Howe notes, the Patriots weren’t on the list of teams Watson’s camp submitted as preferred destinations, and Houston general manager Nick Caserio might also be dubious about dealing Watson to his old boss, Belichick.

But Howe says the Patriots’ aggressive moves this free agency could serve both to intrigue Watson and signal New England’s willingness to continue pursuing him.

“The Patriots have called teams about every perceived trade target this offseason, only returning to Newton when the price to trade remained out of whack. And they signed Newton with a clear caveat they would continue to explore other quarterback options,” Howe writes.

“They’ve been too aggressive so far this offseason to think they won’t make at least one more push for the 25-year-old, three-time Pro Bowler.” 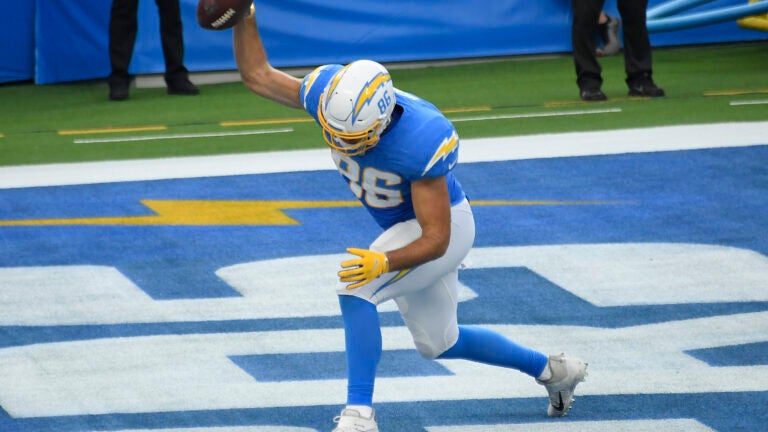