Hunter Henry thought that the door to signing with the New England Patriots closed just a few hours into free agency when the team reportedly reached an agreement with former Tennessee Titans tight end Jonnu Smith.

“Initially, to be honest with you, yes,” he said when reporters asked if he started to move on from the Patriots as a possible fit during his introductory press conference with the team. “But you never know.”

The very next day, the Patriots announced their own deal with Henry — one of the biggest moves in NFL free agency’s first week.

“I was a little surprised, but I was really excited that it came back…I was excited to join.”

The 26-year-old tight end comes to Foxborough after four years with the San Diego/Los Angeles Chargers, amassing 196 catches for 2,322 yards and 21 touchdowns during that time. He missed the 2018 season with an ACL injury but says his body feels “great.”

This was Bill Belichick on Hunter Henry prior to last December’s Chargers-Patriots game. … and then, of course, after the game. pic.twitter.com/qGzLju7Q2U

His addition, along with Smith’s, has rekindled visions of the Patriots’ formerly vaunted two-tight end system made famous during the years Rob Gronkowski and Aaron Hernandez took the field for the team. Henry said he’s been talking with Smith and is picturing big seasons for both of them in the Patriots’ offense.

“We feel like we complement each other well,” he said. “I feel like we’ll compete. I got to meet him last week, so I’ll continue to build that relationship and am excited to see it show off on the field.”

Henry said he hopes to use what he learned playing alongside Chargers legend Antonio Gates as a model for how to thrive in New England next to Smith.

As for his own game, Henry says he patterned his style of play after former Cowboys tight end Jason Witten and Hall-of-Famer Tony Gonzalez, two players he noted “could do a little bit of everything.”

Henry also talked about his oft-cited relationship with Belichick going back to his pre-draft days, reaffirming his admiration for the longtime Patriots coach and saying he can’t wait to play under him.

“Obviously, the Patriots…a long history of tight ends. Watched it from afar, admired it. I feel like they put the tight end on the map again,” Henry said. “How the offense uses tight ends is really, really exciting. I’m pumped to be able to get into the system, learn it, and just see how I can adapt my game to it.”

Henry says he’s already getting familiar with some of his new teammates, Kendrick Bourne and Jarrett Stidham, working out with the two in Southern California on Tuesday for the first time. He also said he’s spoken with quarterback Cam Newton and is excited to play with the former MVP.

“That’s the best part about football,” Henry said. “The guys, the locker room, the guys you get to meet. All that stuff is just a blast. So I’m looking forward to immersing myself in that locker room, the culture, everything…it’s good to be able to do that now even in the offseason.”

“I trust all the coaches. I trust what we’re building here with the Patriots…I’m fired up to be a part of it.” 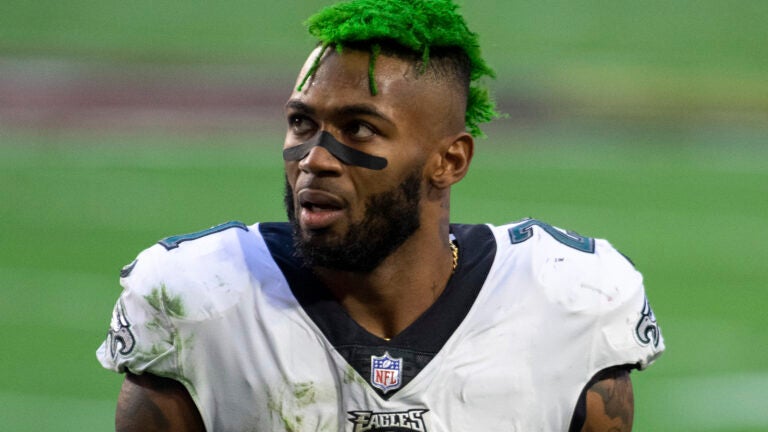