The Celtics lost to the Grizzlies in overtime on Monday night, 132-126. With Jayson Tatum as a late scratch, Jaylen Brown led Boston with 27 points.

On Wednesday, the Celtics will face the Bucks at 7:30 p.m.

The Bruins will be back on Thursday against the Islanders at 7 p.m.

Mel Kiper’s explanation for the Tom Brady comparison: Since the 2021 NFL mock drafts began to escalate in the offseason, one of the ongoing subplots has been the connection of Alabama quarterback Mac Jones and the Patriots.

The Bill Belichick-Nick Saban friendship has been used as a partial means of justifying New England being paired with Jones in several mock drafts, along with the presumed need the Patriots have at quarterback (despite re-signing Cam Newton).

On Tuesday, ESPN draft expert Mel Kiper Jr. released his latest projections for the upcoming draft. In it, he has Belichick selecting Jones with the 15th overall pick.

In his explanation, Kiper referenced a comparison he’s been making with Jones: Tom Brady. Of course, the longtime draft analyst has some obvious qualifiers when referencing Brady.

“I’ve gotten in trouble before for saying that a few quarterbacks are ‘Tom Brady-like,’ but I’m really talking about accurate, tall pocket passers,” wrote Kiper. “I’m not predicting that these guys are going to become Hall of Famers. When I watch Jones, I can see some of the traits that have made Brady so good for so long. Jones is a pinpoint thrower who can manipulate the pocket and find targets down the field. He is a leader in the locker room too. This is a good fit.”

Trivia: Mel Kiper Jr. publicly feuded with the general manager of what NFL team during the 1994 draft?

Hint: The incident, which helped launch the draft as an annual NFL spectacle, was over whether or not the team should select (among other players) Trent Dilfer.

On the Patriots’ motivation for the free agent spending spree:

On this day: In 1988, Larry Bird scored 37 points, adding 14 rebounds and eight assists to help the Celtics “survive all this madness” (as Boston Globe reporter Bob Ryan described it) in a 104-89 win over the Bullets. 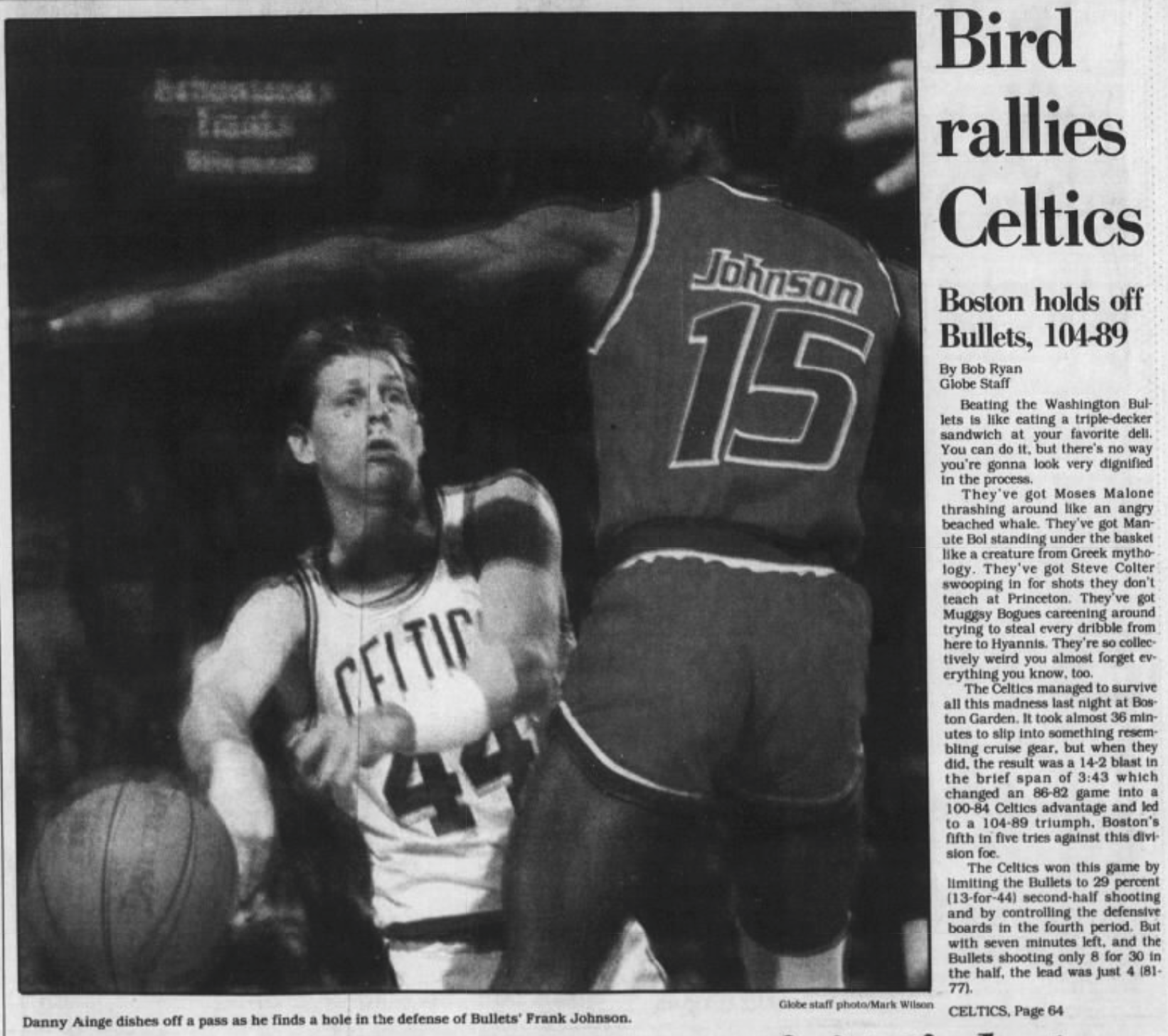 Daily highlight: Ja Morant’s wildly impressive dunk from the Grizzlies’ win over the Celtics on Monday.

Ja Morant catches and finishes the oop with the left 🤯 pic.twitter.com/BFS3IfJqGX