Josh Gordon says he’s had to work through “a lot of guilt,” “shame,” and “inner turmoil” over the roller-coaster ride that has been his NFL career, which started out with “Flash” (his nickname) then fell through the cracks due to an ever-elusive struggle for sobriety.

He admits he’s even had doubts about how he’d hold up if given another chance to play in the NFL.

But that’s not going to stop him from giving it a shot.

“It’s like putting together a puzzle piece by piece, knowing that things can and have fallen into place,” he said. “It’s a matter of patience, will, and effort. It doesn’t all happen at once.”

In a rare media appearance on The Adam Schefter Podcast, Gordon talked with ESPN NFL insider Schefter about his life on the road to recovery from substance abuse addiction and his quest to find his way back to the NFL.

“Playing football is my dream,” he said. “I’m still physically able to do it at a high level. I want to be able to contribute to the game, allow myself that freedom and that happiness that I know so much. That’s playing ball and making people happy, bringing them joy by doing my business. It’s one of the best feelings. I can’t just give that up.”

Gordon last played in the NFL for the Seattle Seahawks in the 2019 season after being waived from injured reserve by the Patriots. He racked up 1,004 yards on 60 catches over 17 games in New England. Before that, he was an extremely talented but troubled star receiver with the Cleveland Browns, earning First-Team All-Pro honors while leading the NFL in receiving in 2013 but then missing two seasons there due to multiple violations of the league’s substance policy. He has in the past admitted to struggling back with alcohol and drug addiction.

The NFL has kept him indefinitely suspended after his fifth drug-related transgression in 2019, rescinding his conditional reinstatement to the Seahawks in late 2020 after finding he violated its terms. He was officially released by the Seahawks earlier this month and found his way back to the field in the Fan Controlled Football League alongside former NFL first-round quarterback Johnny Manziel.

With the FCF season over — Gordon says his team, the Zappers, is out of the playoffs — Gordon is back to working out at Ford Sports Performance in Bellevue, Washington in hopes of another NFL opportunity. Though on the suspended list, the 29-year-old is free to sign with any NFL team and says he’s prepared to show teams he’s capable of taking full advantage of the opportunity.

“I try to keep it real so that what you see and what you hear is as honest as it gets,” he said of his approach. “I learned at a certain point in time to kind of cut out a lot of [expletive] from my life…most importantly, you’re getting a great wide receiver.”

“That’s what I work for every day, to stay as consistent at that level, that high level…to be one of the top-tier players at my position each and every day that I show up to work. That’s how I approach it. That’s how I see myself. And that’s what I believe to be true.”

Gordon says he’s clean at the moment but that temptation to relapse “happens all the time” and that “some days and some weeks are easier than others.” He also opened up to Schefter about the death of his older brother, which led him to his latest drug relapse, being one of his lowest points.

“But you gotta remain focused and just know my position, where I’m at, where my time is, what do I want to do with my life right now, what matters most to me right now.”

“As you’ve seen with my career, it can bring you to some low points. But there’s no quit in me. I’m thankful for that.” 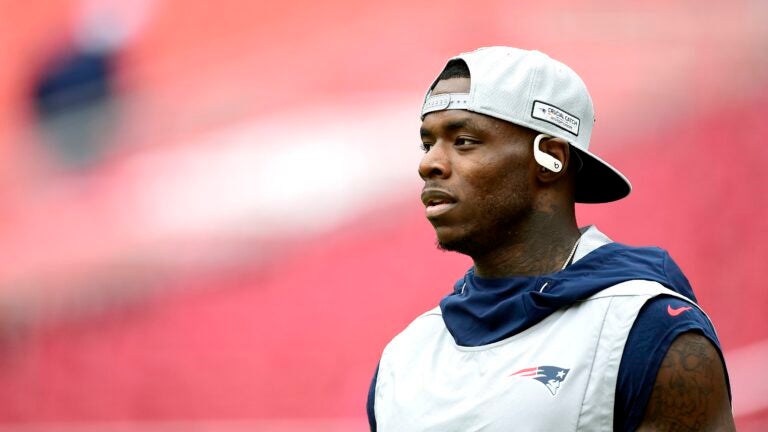