New Patriots defensive lineman Davon Godchaux couldn’t help but have a little fun when a reporter mentioned how quickly New England snapped him up in free agency during his introductory press conference.

“You surprised I got off the board that fast?” he joked.

Godchaux exuded excitement and personality in his first media appearance with the Patriots, but he also warned people not to take him lightly: “I smile a lot…I’m not a mean guy, but I can be mean if you want me to.”

The man who figures to anchor the Patriots’ defensive line is chomping at the bit to put his mean streak to good use after a difficult 2020 season.

Godchaux comes to Foxborough on a two-year deal via the familiar Miami-to-New England pipeline that is also bringing former Patriots Kyle Van Noy and Ted Karras back to town. He spent his first four NFL seasons with the Dolphins, playing his last two under former Pats linebackers coach Brian Flores and seeing the Patriots twice a year as AFC East division rivals.

“[Division rivals] have the most game tape on you,” he said of coming to the Patriots by way of Miami. “They watch you the most. They play you twice a year. They know your strengths, they know your weaknesses.”

Godchaux said he had other offers, but he got glowing recommendations from former Patriots defensive lineman Andre Carter about New England — “He told me I would love this place,” he said — and pointed to the common threads between Flores’s 3-4 defensive scheme and the Patriots’ current system as a major deciding factor.

“I can play any scheme, but I feel like this scheme right here best fits my skill set. And being able to be coached by arguably the greatest coach of all time, that was a ‘no-brainer,'” he said.

Godchaux describes himself as “multiple” in the positions he can play across the defensive line, but he says he has a clear preference for playing nose tackle — a spot he calls the “most pivotal” position in the 3-4 defense even if it’s underappreciated by most observers.

He referenced former Patriots great Vince Wilfork as a player he admires, saying he’s spent time with the five-time Pro Bowler and two-time Super Bowl champion and considers him a mentor. But he doesn’t feel added pressure to live up to Wilfork’s resume.

“The standard is set pretty high just by coming here,” he explained. “I’m here to write my own legacy.”

Making his mark here in New England also gives Godchaux a chance to write a new chapter to his own story after a disappointing 2020 season. He landed on injured reserve with a biceps tear just five games into the season and missed the rest of the campaign.

“I’m just excited to get on the field, get back,” he said. “I feel like when I’m healthy, I’m one of the best nose tackles in the game. 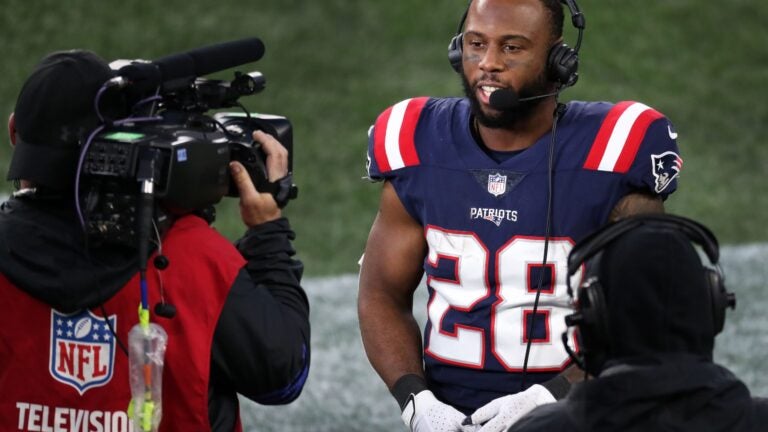 Patriots expected to re-sign running back James White, per reports