For someone perceived as stubborn, it’s interesting how one of Bill Belichick’s strengths as a talent evaluator is a willingness to admit a mistake and cut his losses.

Literally cut them, actually. From the roster, I mean. Not with a blade. That’s not allowed under the collective bargaining agreement. Belichick has absolutely no issue dumping a high draft pick or a pricey free-agent signing if he’s not, as the saying goes, doing his job.

His depth chart is a meritocracy, and always has been going back to his early seasons here, when that skinny sixth-round pick quarterback – right, the one taken three rounds after Giovanni Carmazzi – began outshining the $103 million incumbent, Drew Bledsoe, in practice.

It looks like a no-brainer now, what with Brady long ago securing his place as the best there has ever been, but I’d bet the majority of coaches in the NFL, faced with the same decision, would have given Bledsoe his job back once he was healthy in 2001.

I’ve been thinking about this lately. Belichick’s free-agent frenzy has been a blast – it makes you wish the season started next Sunday, doesn’t it? – but it’s also apparent that many of the moves were made because recent draft picks have flopped at certain positions. Hunter Henry and Jonnu Smith signing on for a combined guarantee of $56.25 million probably does not bode well for the futures of 2020 third-round tight ends Devin Asiasi and Dalton Keene and their combined five catches last season.

Then there have been a couple of items in the news in recent days that reinforced the notion of the deliver-or-depart philosophy: the Patriots cut kicker Justin Rohrwasser, a disaster of a fifth-round pick last year inasmuch as a fifth-round pick can be a disaster. He showed up with a 3 Percenter tattoo and a bunch of excuses and played in zero percent of their games as 36-year-old would-be real-estate agent Nick Folk retained the job

There are also reports that the Patriots are willing to trade N’Keal Harry, their first-round pick two seasons ago, if they can get a fourth-round pick or better in return. Harry has been outperformed by Jakobi Meyers, an undrafted free agent the same year, who appears to have a fairly bright future here. I suspect they may end up accepting less than a fourth for Harry. Maybe they can get a fifth. Just don’t use it on another kicker.

Players of higher salary and draft position might get a little more leeway – Meyers had just 81 more snaps than Harry  – but not much, and it’s not close to what happens in many other places. My favorite example: The Jets took linebacker Vernon Gholston with the No. 5 pick in 2008. He played 45 games over three seasons. He had 43 total tackles and not a single sack. He couldn’t play when he got there, and he got three years to confirm it every Sunday.

Belichick’s willingness to move on from a high pick jibes with his perceived weaknesses at drafting at a couple of positions: wide receiver and cornerback. I’m not sure he should spend an early-round pick on a receiver ever again. Harry was the first one he’s ever taken in the first round, at No. 32 overall in ’19. He had 33 catches for 309 yards last season – or 27 fewer yards than the Rams’ Willie “Flipper” Anderson had against the Saints on Nov. 26, 1989. Ol’ Flipper is 56 years old now, and still might have been more productive than Harry this past season if given the chance.

It’s even worse at cornerback, where second-rounders Terrence Wheatly (2008, 11 games in two years), Ras-I Downling (2011, nine games in two years), Cyrus Jones (2016, 12 games in three seasons, including one entirely lost to injury, gone in ’18) and Duke Dawson (2018, never saw the field, gone in ’19) all were busts. I’m not counting Tavon Wilson (second-rounder, 2012, since he just signed a new deal with the Raiders to play a 10th NFL season. That’s a successful career.)

There have been other high picks that didn’t last long here, including Dominique Easley, the achy-kneed first rounder in ’14. But none of this is meant as an indictment of Belichick’s drafting. I believe the 2020 draft, featuring Kyle Dugger, Josh Uche and Michael Onwenu, might rate as excellent before this coming season is complete, even if Keene and Asiasi are relegated to the bust bin. And if you require reminders of his drafting prowess through the years, go watch one Super Bowl highlight film or another on YouTube when you get a chance. There have been many more hits than misses. Many more.

When there is a miss, sometimes it’s countered by an unheralded player seizing a chance. We’ve seen it happen through the years with undrafted free-agents such as J.C. Jackson, David Andrews, and Super Bowl legend Malcolm Butler. We saw it to some degree with Meyers this past season. The meritocracy is an underrated element of the Patriots’ success. Every team has bad draft picks. Few teams are so willing to admit to them and move on. 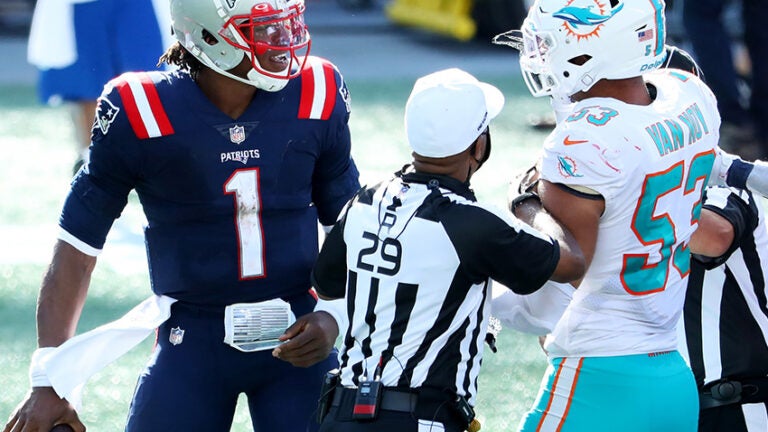