The San Francisco 49ers made an eyebrow-raising move over the weekend, trading three first-round picks to move up in the 2021 NFL Draft — a move transparently made to draft a young quarterback.

The 49ers’ current quarterback, Jimmy Garoppolo, is certainly aware of what the trade means, and according to 49ers head coach Kyle Shanahan, he wasn’t particularly happy.

“Called him first thing and had a good conversation with him,” Shanahan told reporters Monday. “Obviously, no one wants to hear that. He wasn’t totally excited about that, like you’d expect. Jimmy handled it great, like he always does.”

The New England Patriots have often been tied to Garoppolo rumors this offseason. That should come as no surprise, since Garoppolo was Tom Brady’s backup for years and the Patriots still have a need at quarterback — even after re-signing Cam Newton. Still, per Boston Sports Journal’s Greg Bedard, the Patriots won’t rush to give up significant compensation for Garoppolo since he will now almost certainly be available via free agency in 2022.

The 49ers will have several options at No. 3. The Jacksonville Jaguars are expected to take Clemson quarterback Trevor Lawrence, and the New York Jets could grab BYU’s Zach Wilson, but that would leave Trey Lance (North Dakota State), Justin Fields (Ohio State), and Mac Jones (Alabama) all on the board.

The Patriots have the 15th pick in the first round. 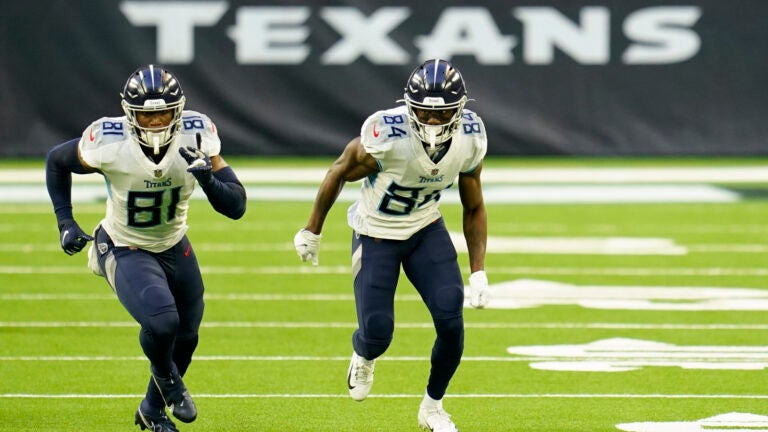 Film review: How the Patriots can use Hunter Henry, Jonnu Smith together to create big plays