The Celtics lost to the Pelicans on Monday night, 115-109. Jayson Tatum led Boston with 34 points.

The Bruins face the Devils tonight at 7 p.m., looking to avenge Sunday’s 1-0 loss to New Jersey.

And the Red Sox are set to open the season at Fenway Park on Thursday against the Orioles at 2:10 p.m.

Kyle Shanahan’s comments about Jimmy Garoppolo: San Francisco 49ers head coach Kyle Shanahan spoke to the media on Monday for the first time since last week’s blockbuster trade. The deal, in which the 49ers traded up to acquire the No. 3 pick from the Dolphins in the upcoming draft, positions San Francisco to select a quarterback.

Obviously, the trade (and expected pick) have major implications for current 49ers starting quarterback Jimmy Garoppolo. Yet, by all indications, the 49ers’ plan is to retain Garoppolo for at least the 2021 season.

During the Monday press conference, Shanahan was asked if San Francisco would consider a trade proposal for Garoppolo if “someone blew you away” with an offer.

Shanahan began by admitting the 49ers would consider it, but that such a consideration would be extended to any player (or coach) in the organization, depending on how good the offer was. But he added that it would be tough to let Garoppolo leave, as that’s likely the team’s best path to success in the near future (even with a highly touted rookie).

“It’s going to be hard to find a quarterback that gives us a better chance to win than Jimmy right now, especially even a rookie in the draft,” said Shanahan. “So, that’s what you look into.”

“Now, if someone wanted something for that and it can make your team better in a lot of other ways, you listen to that, but also depends on how good you feel about that rookie,” Shanhan admitted. “We’re not there yet right now and odds are, we probably won’t be. That’s why we’re happy that we don’t have to be that way. We’ve got a guy in here who we know we can win with, a guy that our players love, that we love and we’re excited to have him this year and we’re excited to have a hell of a quarterback right behind him learning for when the time is his.”

The Patriots are reportedly in no rush to make a move for Garoppolo, potentially waiting until after the 2021 season.

As for Garoppolo’s reaction to the trade, Shanahan described a phone call with his still-current quarterback.

“Called him first thing and had a good conversation with him,” Shanahan explained. “Obviously, no one wants to hear that. He wasn’t totally excited about that, like you’d expect. Jimmy handled it great, like he always does.”

Trivia: Kyle Shanahan’s first NFL job was as a quality control coach in 2004 under what Super Bowl-winning head coach?

Hint: That coach is still an NFL head coach, but took a decade break in between tenures from 2008-2018.

Brad Stevens on having fans back at TD Garden: Asked after Monday’ game about having home fans for the first time in over a year, Stevens offered a thoughtful quote:

I don’t even want to complain, right? We’ve lost so many people in the United States and all over the world. The amount of people affected from an employment status, what a terrible tragedy the past year has been. From our own experience playing in the bubble and not playing in front of anybody and then seeing fans occasionally on the road, but not here, I’d say it was pretty emotional for me to see it because it just signals maybe if we can buckle down and get through this, then we can have something resembling normal back.

Obviously, there’s not a lot of people in there and they all sounded like a lot more people than when we’ve been on the road. I appreciate all the people who came. I appreciate them being here because for those of us that have coached and played basketball games in front of no one, it’s been fun, it’s been basketball, but hard to feel normal or right. So tonight felt a bit more normal or right, even though we missed more shots than they did.

Marcus Smart’s humorous mistake: After the Celtics won possession of a jump-ball at half-court, Smart launched a desperation shot before the shot clock expired. The only problem was that the shot clock (then showing 0.3 seconds) applied to the previous Pelicans’ possession, not the Celtics. Boston could have settled the ball as the shot clock reset.

Brian Scalabrine’s commentary said it all.

Put this in the Louvre: pic.twitter.com/06UT2Utl7o Daily highlight: Mark Vital threw down a powerful put-back, helping Baylor advance to the Final Four for the first time since 1950. 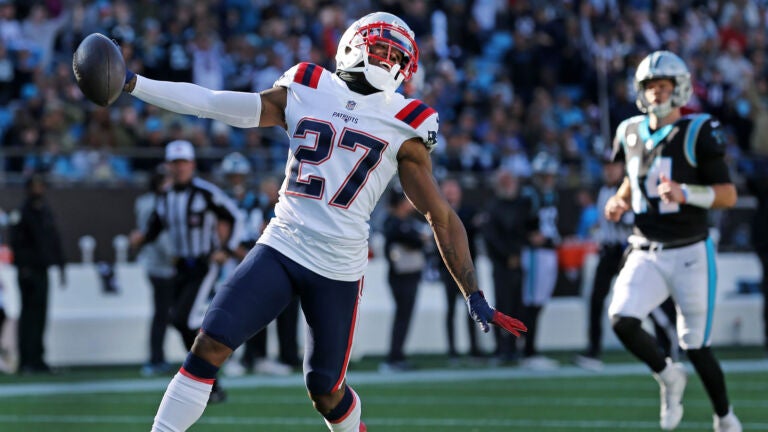 What to know from NFL Week 9: The Patriots are rising, and the 49ers are in a death spiral