Thompkins was named among a slate of indictments released by officials in South Florida as part of an effort to investigate fraud related to the CARES Act, the first major COVID-19 relief bill passed last year.

According to prosecutors, the 32-year-old former NFL player used stolen identities to get the California government to send debit cards loaded with unemployment benefits to his addresses in Miami and Aventura, Florida. Officials say he subsequently used the debit cards to withdraw $230,000 of the funds from various ATMs in Miami-Dade County from Aug. 16 through Sept. 23, 2020.

According to the criminal complaint first filed last month, officials used surveillance video to identified Thompkins — who they say has a “distinctive” left forearm tattoo — using the stolen debit cards at several different Bank of America branches. And in January, they executed a search warrant on Thompkins’s residence in Aventura, where they found handwritten notes with the names and social security numbers of at least three identity theft victims, according to the documents.

The new charges come more than five years after Thompkins, who overcame arrests for armed robbery and cocaine possession in high school, last appeared in an NFL game.

Thompkins signed with the Patriots as an undrafted free agent in 2013, totaling 32 catches for 466 yards and four touchdowns in his rookie season — including a last-second game-wining touchdown catch in a comeback win against the Saints. The Miami native was subsequently cut in October 2014, following a disappointing start to his second season. After finishing the 2014 season with the then-Oakland Raiders, Thompkins was re-signed to the Patriots practice squad in September 2015 but was again released after a span 24 days on the team. He went on to play seven games with the New York Jets in 2015 and later signed with the CFL’s Winnipeg Blue Bombers in 2018. 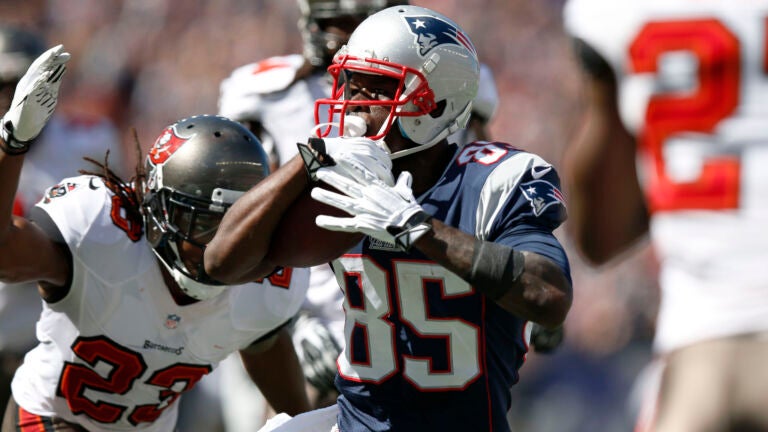