Patriots owner Robert Kraft’s frank assessment of his team’s subpar 2020 and recent inability to secure top talent in the draft made headlines last week as he spoke candidly about the state of the squad following a disappointing 2020 season.

“If you want to have a good, consistent, winning football team, you can’t do it in free agency. You have to do it through the draft,” Kraft elaborated to reporters. “I don’t feel we’ve done the greatest job the last few years and I really hope, and I believe, I’ve seen a different approach this year.”

According to Sports Illustrated insider Albert Breer, that “different approach” to this year’s draft apparently starts with a “more collaborative” Bill Belichick.

As Breer explains in his latest Monday Morning Quarterback, Belichick’s typical “very closed-off” draft process has reportedly alienated personnel within the Patriots’ organization, leaving them “feeling like they were actively cut out where other teams’ people weren’t.”

“In essence, the Patriots’ scouts would do their jobs through the season and then hand off the process to Belichick and the coaches in February, with only a couple guys on the personnel side really consistently involved from that point forward,” he adds. “Where most teams had draft meetings with their scouts in February and April, the Patriots would have theirs with scouts in December and February.”

That led to scouts often feeling like “gatherers” rather than trusted members of the decision-making process, according to Breer, which contributed to an “exodus” within New England’s scouting department and coaching staff in recent years and a change even Belichick openly acknowledged in how the team scouted prospects.

“It also, as some saw it, led to misses like N’Keal Harry in 2019,” Breer further writes. “Harry killed his 30 visit that spring and had a college coach, Todd Graham, who was close to Belichick. In that end, without more input from scouts who preferred Deebo Samuel and A.J. Brown, the coach wound up leaning on his own experience with Harry, rather than the red flags his scouts planted, and lost a golden opportunity to fill a hole on his roster.”

Harry, whom the Patriots selected No. 32 overall in the 2019 draft, has failed to thrive during his two seasons in Foxborough and faces an uphill climb to see the field in 2021 after the Patriots added a slew of pass-catchers, including Nelson Agholor and Kendrick Bourne, during free agency. New England has even reportedly floated Harry as a trade chip ahead of the 2021 NFL Draft, the most glaring recent example of the team’s draft-day problems.

With that in mind, Breer suggests the change in approach Kraft mentions revolves around Belichick opening up the floor to more voices to weigh in on prospects, “not just to his top guys, [new director of player personnel] Dave Ziegler and [scouting consultant] Eliot Wolf, but also those rising through the organization, like national scout Matt Groh.”

For the record, Wolf was the lone Patriots scouting in attendance for Justin Fields’s Pro Day workout while Groh attended the workout for Trey Lance, suggesting their input on at least two of those top-five quarterback prospects on the board could have weighty consequences latest this month. Belichick himself watched Mac Jones throw in person.

After a free-agency period Kraft described as a “team effort on the part of our personnel department,” perhaps a continuation of this new, apparently more open-minded Belichick might not be a fluke after all. 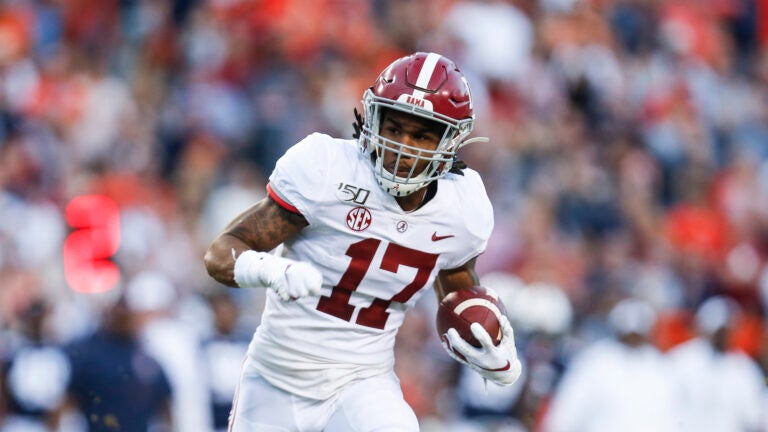