The Red Sox completed a sweep of the Rays on Wednesday afternoon with a 9-2 win. Boston begins a three-game series against the Orioles today at 3:05 p.m.

The Celtics also won on Wednesday, defeating the Knicks 101-99. Jaylen Brown led the team with 32 points and 10 rebounds.

Tonight, the Bruins face Zdeno Chara and the Capitals at 7 p.m.

Chris Simms on the Patriots’ draft strategy: Former NFL quarterback Chris Simms transitioned from player to analyst within a few short years following his retirement. In between — among other roles — he served as a Patriots coaching assistant for the 2012 season.

Part of Simms’s job was to help with the team’s scouting, including draft analysis. In a recent conversation with Mike Florio of Pro Football Talk, Simms addressed the recent report from Sports Illustrated’s Albert Breer that Bill Belichick occasionally ignores the advice of the team’s scouts.

“I was there for two drafts, and one of the drafts — I can still remember, as vivid as ever, my first draft in an NFL organization — I’m sitting right outside the draft room,” Simms said. “Now, the pick is gonna be Jamie Collins, from Southern Miss, second round. I can remember [then Patriots director of player personnel] Nick Caserio walking out of the room and his head was shaking, and I was like, ‘Uh oh, somebody doesn’t like the pick that’s about to come up here and pop up on the board.’ And it was Jamie Collins. And I remember all the scouts and everything going, ‘Oh my gosh, why would we take him now?’ and do all that. Well, he was awesome right from the get-go. So, Belichick was right.”

“Also happened with Chandler Jones in another draft,” Simms added. “So, same thing, where the scouts were like, ‘Hey, we didn’t have him rated this high.’ Well, he’s Bill Belichick. He had him ranked higher, obviously. Now, he’s missed and all that, I know that. But I don’t think this is that crazy.”

As for the problems New England has had with drafting over the past several seasons, Simms explained his theory.

“And it goes back to my old thing that I say: There’s too much emphasis on the person and the mental aspect instead of just the pure ability on the field sometimes up in New England, and I will always think that’s what gets them in trouble in these situations,” Simms concluded.

Trivia: The Patriots selected Jaimie Collins in the second in 2013. Who was the first linebacker picked in the first round that year?

Hint: He was selected sixth overall by the Browns, and was eventually a member of the 2016 Patriots.

A look at the April 12 NHL trade deadline:

Brian Hoyer is reportedly visiting with the Jets:

Interesting free agent visit on tap today: #Patriots QB Brian Hoyer is set to visit the #Jets, source said. A long-time backup in New England emerges as a potential backup and mentor to the new rookie QB at NYJ. 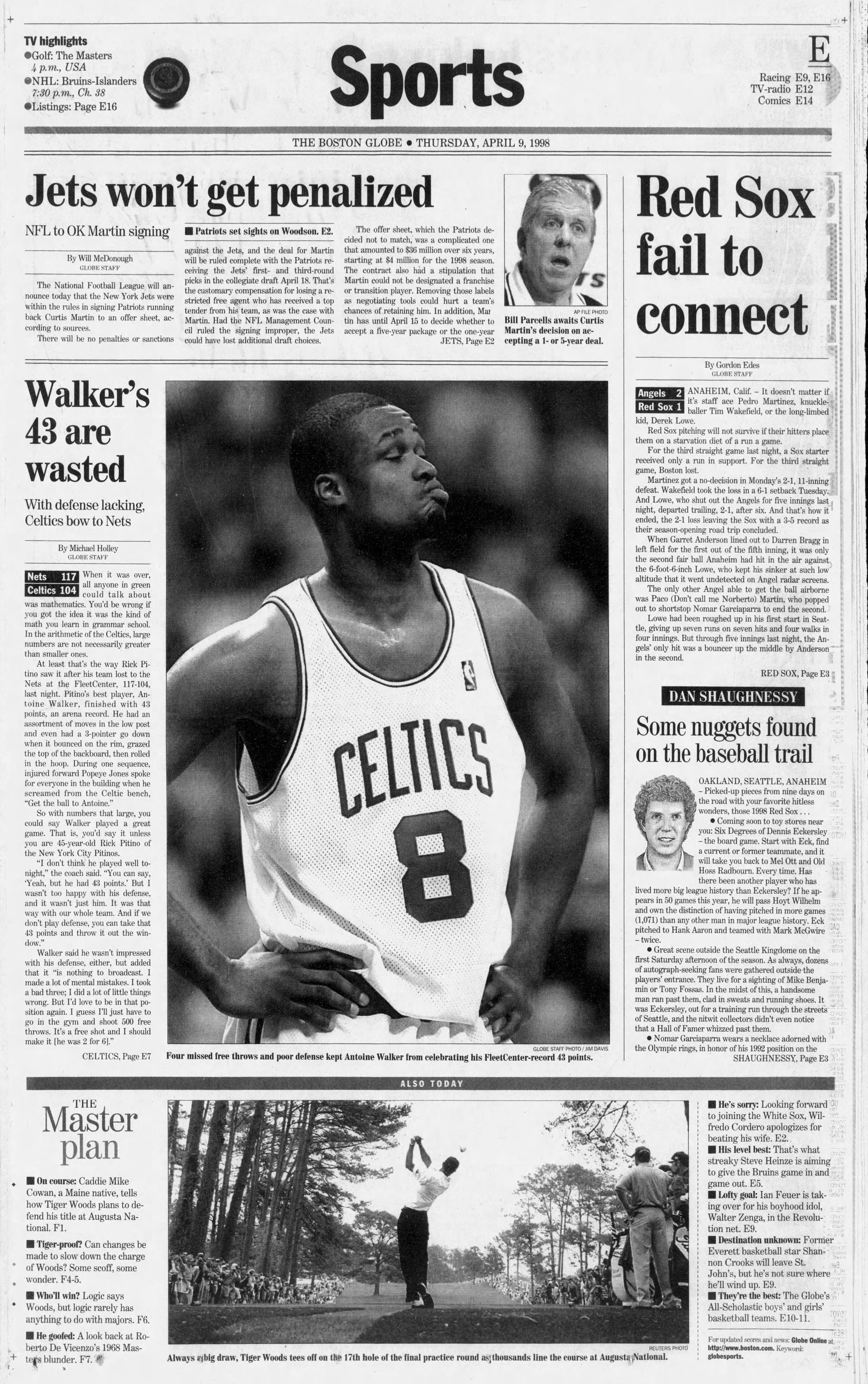 Daily highlight: A nice sequence from the Celtics’ Wednesday win.

Double-double night for our @Gatorade Player of the Game 😤 pic.twitter.com/IMxboOmVC5

Visit Here's the Red Sox roster for the ALCS vs. the Astros