The Bruins defeated the Capitals on Thursday, 4-2. Goaltender Jeremy Swayman got a second career win, and Brad Marchand provided a dazzling shorthanded goal:

The Red Sox won a fourth game in a row, defeating the Orioles 7-3.

And UMass men’s hockey advanced to the national championship with a dramatic 3-2 overtime win over Minnesota Duluth:

Garrett Wait with the GAME WINNING GOAL IN OVERTIME! 🚨🚨@UMassHockey is on their way to the National Championship!!!#FrozenFour x 🎥 @espn pic.twitter.com/Q7jGvS9Wy8

The Minutemen face St. Cloud State in the final on Saturday at 7 p.m.

Tonight, the Celtics face the Timberwolves at 7:30 p.m.

The cost of trading up: Despite making a series of major upgrades across the roster, the Patriots have one major remaining question at the quarterback position even after re-signing Cam Newton to a one year contract.

While it remains to be seen if Bill Belichick would decide to trade up from the 15th overall pick to try and get one of the higher rated rookie quarterbacks, one NFL insider recently examined the cost of what a hypothetical deal would entail.

“The Falcons’ pick, on the old Jimmy Johnson draft value chart, is worth 1,800 points,” wrote Breer. “The Patriots are sitting at 15th, and that one’s 1,050 points. Generally, you’d value a future first at a little less than the middle-of-the-round pick. A middle-of-the-first-round pick equals 975 points, which would get you well past 1,800. Thing is, if you think the Patriots are going to be good next year—and we have two decades of evidence showing Bill Belichick is plenty capable of making that happen—then you aren’t going to value the pick like that.

In the end, the deal would look like this:

Trivia: Jimmy Johnson is one of only three coaches in history to win a college football national championship and a Super Bowl. Who are the other two?

Hint: One coached at Oklahoma, the other at the University of Southern California.

NFL draft expert thinks the Patriots should trade up:

Rory McIlroy accidentally hit his father with a wayward shot: Amid a disappointing opening round 76, the 31-year-old’s approach shot on the seventh hole missed to the right. In doing so, it struck his own father, Gerry.

“I think he just needs to go put some ice on it,” McIlroy joked. “Maybe I’ll autograph a bag of frozen peas for him.”

Rory McIlroy hit his dad with an errant approach shot on No. 7 during the first round of #theMasters pic.twitter.com/uEle8iqeyR

On this day: In 1912, the Red Sox played the first game ever held at Fenway Park. Since it was before the start of the regular season, Boston welcomed the Harvard baseball team for a preseason game.

Daily highlight: Tommy Fleetwood made the 23rd hole-in-one in the history of the Masters. 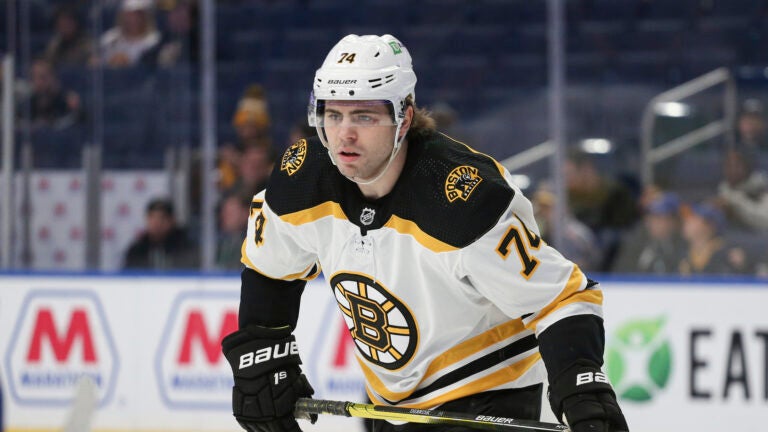