Turns out, you can go home again.

The Patriots have arguably been more active than any franchise when it comes to team-building this offseason, addressing a wide variety of  issues on both sides of the ball. They started with tight end Jonnu Smith at the beginning of the tampering period, and continued with high-end talent like Matthew Judon and Hunter Henry.

While New England’s aggressive approach in free agency doesn’t necessarily correspond with their traditional team-building style, one aspect of their roster construction this spring does look awfully familiar: the return of some familiar faces.

Historically, second acts in Foxborough are a trend that goes back many years under Bill Belichick. This offseason Trent Brown, Ted Karras and Kyle Van Noy  (above, with Belichick) were among the returnees; Brown (traded back to New England after two seasons with the Raiders) and Karras and Van Noy (re-signed after a year with the Dolphins) have all been reunited with Belichick the last month-plus.

But they were hardly the first. You can put together an impressive roster of players who played in New England, left the Patriots — either in trade or free agency — before eventually finding their way back shortly after that. Here’s a look at some of the more notable names who left New England, only to return for a second stint:

We can also add two more categories: one, players who returned for a hot second, only to have their second act in New England derailed by injury or some other reason. That group includes wide receiver David Patten, linebacker Dane Fletcher, linebacker Brandon Spikes, and linebacker Jonathan Freeny. And two, there are multiple coaches who have done the same thing, including Josh McDaniels, Matt Patricia and Dante Scarnecchia.

For a coach who has been with the same team for 20 seasons, it’s not surprising. Given the length of his tenure, his success as a coach, and the transitory nature that accompanies free agency, Belichick is simply going to have more guys return to play for him than a lot of other coaches. But that doesn’t take away from the fact that it’s an extraordinary list of players, and one that would at least partially counter the “no-fun” narrative that surrounds playing for Belichick.

So what’s the reason behind the returns? Different players have different reasons for coming back — as Tara Sullivan reminded us here, some guys seem to embrace the idea of playing for the coach. There’s a comfort level, a familiarity when it comes to the relationship. And if the coach is going to extend himself to bring a player back into the fold, the player will do whatever it takes to reward that faith.

“To have a coach of that stature want you to be on his team for a second time around is an honor,” Karras said. “And we’re looking forward to working hard to validate that decision.”

For Brown, he explained that since he left New England as a free agent following the 2018 season, “nothing has gone right for me,” and that he was looking to have fun playing football again.

“I felt like I wanted to be back somewhere where, I have worn a lot of jerseys in my life but I’ve never been more proud than when I put on a Patriots jersey,” he said. “The actual time and effort and sacrifices you have to make. Really it was fun to me. Some people don’t like it but I loved it. I just think it’s where I need to be.

“I’ve never had more fun playing football in my life. Glad to be back.”

Going forward this offseason, could we see any more returns in the offing? One name looms above all others, a quarterback who spent his formative years with the Patriots before being dealt to the West Coast in 2017. Could he be the latest player to enjoy a second act with Belichick and New England? Only time will tell. But regardless of where he ends up, this offseason is yet another reminder that when it comes to departures from Foxborough, farewell doesn’t always mark the end of the story. 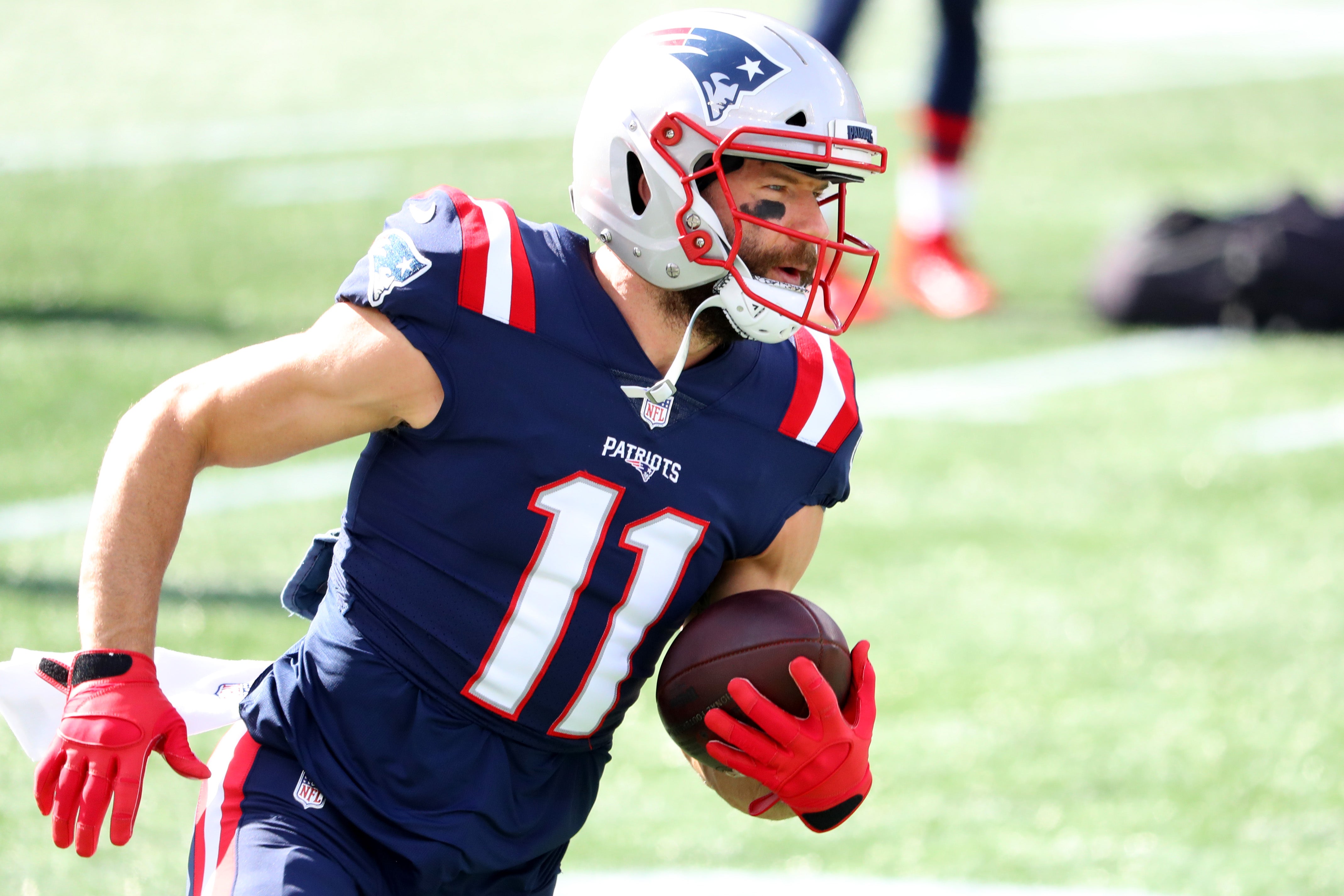