Cam Newton faces an uphill battle to erase the memory of last season’s underwhelming 2021 season — his first with the New England Patriots — and lead the franchise back to the postseason.

To accomplish that, he’ll have to make significant leaps as a passer following a year in which he threw for just 2,657 yards, including four games in which Newton fail to top 100 yards through the air.

At least one expert believes Newton is up to the task.

Tom House, a former MLB pitcher and renowned throwing mechanics coach who also works with Tom Brady, says Newton’s increased removal from shoulder and foot injuries that hampered him in Carolina — as well as the chance to operate under a normal training camp — could be the “perfect storm” for the quarterback to have a big 2021 season.

“What people don’t realize is Cam has been injured,” House said in an interview with NBC Sports Boston’s Patriots Talk Podcast. “He hasn’t had the ability to work on mechanics like he should or could have because his health was an issue. And what you saw with the pandemic and all the upheaval and weird things that were going on with the day-to-day process, he probably didn’t have the time, or what I would say — his efforts had to be directed toward just plain competing.”

House says he got to see Newton up close while the latter was still with the Carolina Panthers: “There’s nothing he can’t do. You’ve seen it — he’s a physical specimen.”

Back then, the former MVP was rehabbing from shoulder injuries that plagued him toward the end of his tenure in Carolina. He had surgery to repair a partially torn rotator cuff in his throwing shoulder in 2017 and then had another minor procedure on the same shoulder in 2019.

But House says Newton’s bigger problem may have been the Lisfranc injury that eventually ended his 2019 season.

“I think his foot injury bothered him more than his shoulder injury,” the throwing expert explained. “These athletes throw with their feet. The quicker their feet, the quicker their release. He went through a full year where he couldn’t step and throw without pain in his foot.”

After that, the Panthers cut ties with Newton, who joined the Patriots during the COVID-19-shortened offseason and training camp. He impressed as a runner early in the 2020 season and had one of his best games throwing the football in Week 2 against the Seattle Seahawks, putting up 397 yards and a touchdown.

But he then contracted COVID himself before the Patriots’ bye week last year and struggled heavily after that as the team missed the playoffs with a 7-9 record. Newton had one of the best completion percentages of his career (65.8) but also had the seventh-lowest air yards per attempt in the league (7.0) on throws of 10 yards or more, according to NFL.com’s Next Gen Stats.

Still, the Patriots re-signed him to a one-year deal this offseason before re-tooling the team’s receiving corps in a flurry of free-agent signings. While New England has reportedly shown interest in either drafting or trading for a quarterback, many also see an opportunity for Newton to show what he can do fully healthy and with time to properly learn the Patriots’ offensive system.

Count House among them.

“Cam will throw the ball better this year than he did last year,” House said. “He was in a reframing, a repatterning mode during the COVID stuff and because of all the weird, unpredictable things, wasn’t able to focus on mechanics as much as he should. Don’t bet against him because he’s physically one of the best athletes I’ve ever been around.” 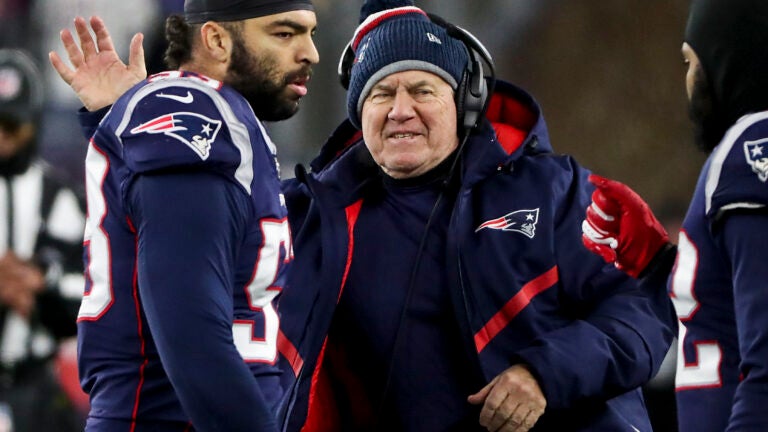