New England Patriots wide receiver Julian Edelman made his retirement official on Monday in a video posted to social media.

“I have always said that I am going to go until the wheels come off. They have finally fallen off,” Edelman said. “Due to an injury last year, I will be making my official announcement of my retirement from football.”

Edelman was a 7th-round draft pick for the Patriots who played with the team for 11 seasons. During that time, he amassed 620 receptions for 6,822 yards with a variety of memorable plays.

Here are five of the best.

Edelman was a quarterback at Kent State for three years before he was drafted by the Patriots. New England weaponized his arm often (including later on this list), but his laser pass to Phillip Dorsett here was an impressive one.

Only Rob Gronkowski (78) and Randy Moss (36) caught more of Tom Brady’s touchdown passes than Edelman (36). This from 2015 was a beauty — a lob from Brady that found Edelman, who escaped five converging Dallas Cowboys to find the end zone. 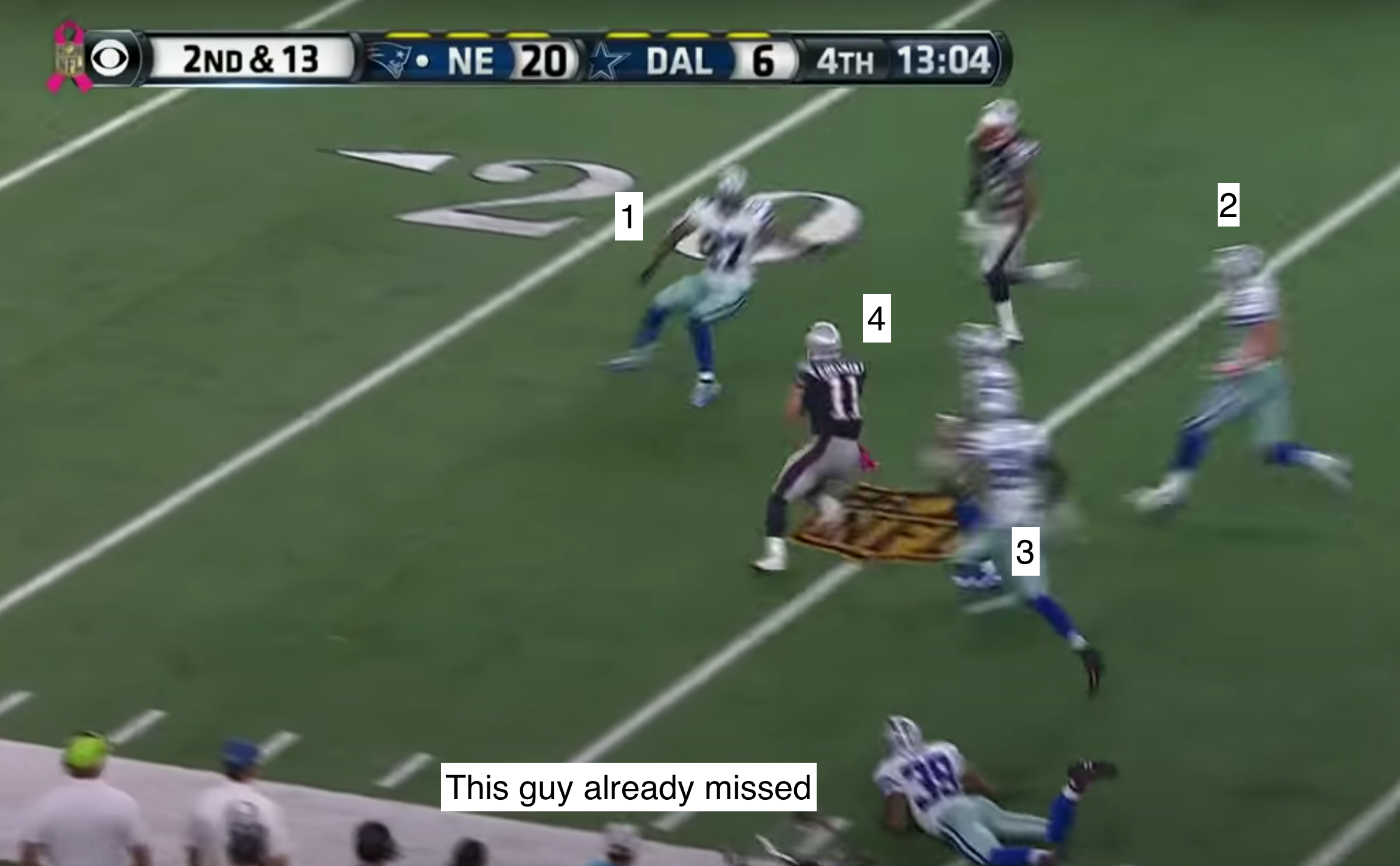 Edelman escaped from all of the defenders pictured.

Edelman had longer returns, but this one put him in the Patriots record books. Interestingly, he almost never got a chance to run it back — Brandon Bolden came inches from blocking the punt.

Fortunately for the Patriots, Britton Colquitt got it away at the last second, and Edelman beat everyone up the sideline for the score.

Edelman’s first NFL pass attempt was a memorable one.

In a hard-fought AFC divisional round, the Patriots dug themselves out of two 14-point deficits, and Edelman’s 51-yard pass to Danny Amendola tied the score in the fourth quarter. That win started a memorable run to Super Bowl XLIX, capped by the Patriots’ wild 28-24 victory over the Seattle Seahawks

NESN’s Zach Cox noted Edelman’s success as a quarterback at the NFL level.

Julian Edelman — who, you may have heard, was a college quarterback — leaves the Patriots with a perfect regular-season passer rating of 158.3.

In Super Bowl LI, Edelman made a catch seemingly so impossible, the NFL made it the focus of a special about the Patriots’ rally. The Patriots trailed 28-3 in the second half, then roared back to claim a stunning 34-28 win.

Late in the fourth quarter, Tom Brady dropped back and threw to Edelman, but the pass was tipped up in the air by Falcons cornerback Robert Alford. As Alford fell, the ball bounced off his leg, and Edelman had the presence of mind to get his hands under it and ripped it away — salvaging a crucial play.

In the video above (near the 6:40 mark), Edelman described the play, saying he and Brady found each other “a few times” on it in practice that week.

Mic’d up on the field, Edelman can be heard yelling, “I caught it! I caught it!”

“I was very confident that I caught that ball,” Edelman said. “I knew right away.”

That preceded a funny sequence in which Edelman and Falcons cornerback Brian Poole bickered about whether or not he caught it, both pointing to opposite video replays.

“I caught it,” Edelman exclaimed on the field. “Crazy. I swear to God.”

“It’s a fun memory on my part, and it was something I’ll always remember,” Edelman said.

The Patriots went on to score, tie the game and win in overtime. Edelman said Tom Brady was initially unsure whether James White had reached the end zone on his game-winning run. 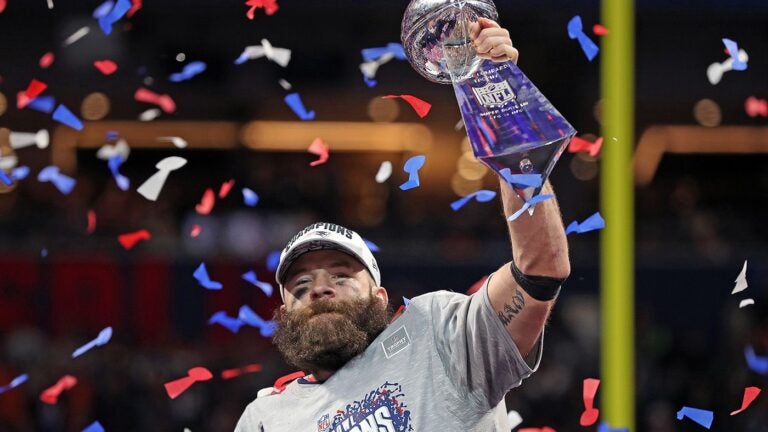 Watch: Julian Edelman makes his retirement official, saying ‘It’s been the best 12 years of my life’