Longtime Patriots receiver Julian Edelman announced his retirement from the NFL on Monday. Edelman, who turns 35 in May, had his contract terminated by the Patriots earlier in the day due to a failed physical with multiple knee injuries causing him to call it a career.

The Red Sox’ game against the Twins on Monday was postponed in the aftermath of the fatal shooting of Daunte Wright by police in a Minneapolis neighborhood. No makeup date for Monday’s game has been announced, and it is still unknown when the series will get started. Tuesday’s game is scheduled to start at 2:10 p.m.

The Bruins hit the ice again on Tuesday night, but they’ll have a new look. Newcomers Taylor Hall and Mike Reilly are expected to make their Bruins debuts when the team hosts the Sabres. Both players, along with Curtis Lazar, were acquired in trades prior to Monday’s trade deadline. Lazar is expected to miss Tuesday’s game as he deals with a lower-body injury.

Finally, the Celtics resume their West Coast trip on Tuesday when they take on the Trail Blazers. It’s the second game of a three-game trip for the Celtics.

Another mock draft predicts a quarterback to New England: The NFL Draft is now 16 days away, and with the event getting closer and closer, each mock draft released might be a sign of what’s to come.

“All the moves the Patriots made in free agency showed me that they believe they can get right back into competing for the AFC East title, but I don’t think Cam Newton is the quarterback to get them there. He had too many accuracy issues last season. He’s not the long-term answer,” Kiper wrote of the pick. “Fields had an up-and-down 2020 season, but he can be a star if he becomes more consistent. And I trust that offensive coordinator Josh McDaniels will get him there.”

In order to move up to the 10th pick, Kiper has the Patriots giving up their 2022 first-round pick, surely a hefty price to pay but potentially a necessary one if they want to get their quarterback of the future. Fields is the fifth quarterback taken in Kiper’s mock draft, going behind Trevor Lawrence, Zach Wilson, Mac Jones, and Trey Lance.

Kiper might not be speculating on the Patriots’ interest in Fields. New England is reportedly just one of two teams committed to scouting Fields at his second pro day on Wednesday, which will be closed to outside media. The 49ers are the other team that’s committed to attending the event.

In addition to selecting Fields, Kiper has the Patriots picking Clemson wide receiver Amari Rodgers in the second round of his mock draft.

“The Patriots’ pass-catchers were disappointing around Cam Newton last season, so let’s give projected new quarterback Justin Fields a weapon,” Kiper wrote of the pick. “Rodgers is one of the top slot receivers in this class. He’s built like a running back and is stellar on jet sweeps and bubble screens. He can make defenders miss after the catch.”

Hint: He played college football at the same school as Randy Moss.

The other three major Boston sports teams congratulated Julian Edelman on his retirement.

Congrats on an incredible career, @Edelman11!

Boston through and through ☘️🏈

A competitor for the ages. Best of luck in your retirement, @Edelman11! https://t.co/TVmpDVtdbQ pic.twitter.com/3a3n3mpW2r

The Celtics won their first title in team history on April 13, 1957, defeating the St. Louis Hawks, 125-123, in double overtime in Game 7. In the deciding game, the Celtics got major performances from a pair of their rookies. Tommy Heinsohn scored 37 points and hauled in 23 rebounds while Bill Russel grabbed 32 rebounds himself.

Steph Curry entered Monday’s Warriors game against the Nuggets just 17 points behind Wilt Chamberlain for the most points in franchise history. Curry scored 19 in the first quarter and ultimately scored 53 points in the Warriors’ win, giving him his second 50-point game of the year and his seventh straight game of 30-plus points. 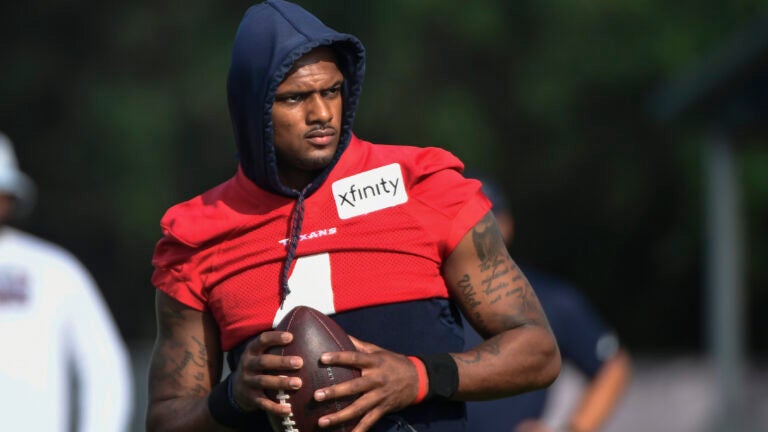