Bill Belichick (not surprisingly) is playing his 2021 NFL Draft plans pretty close to the vest a couple of weeks out from draft night.

But he also gave the impression he might be willing to make yet one more big offseason move if the opportunity arises in a highly uncertain draft.

Belichick dished on the pre-draft process in a Thursday conference call with reporters, addressing questions about how his strategy has changed after owner Robert Kraft claimed there’s been a “different approach” to this year’s draft.

Reports have indicated that this shifting approach includes Belichick welcoming a greater amount of collaborating with coaches and scouts. The coach went out of his way to highlight the contributions of several staff members, starting with former Patriots defensive coordinator and current Patriots staffer Matt Patricia.

“Matt rejoined us and has been heavily involved in the process,” said Belichick. “Dave Ziegler, Eliot Wolf and Matt Groh have really carried the ball on this. They’ve done a ton of work and their respective staffs that they oversee as well. But in particular those three guys have really done a tremendous amount of work, evaluation, organization and done a great job of putting things together. “

Belichick also talked about the challenge of evaluating players coming off of a 2020 season made highly unusual by the COVID-19 pandemic, especially regarding how much stock to put into last year’s film when some players and teams were affected more by the pandemic than others.

“In some respects, the ’19 film is more of an apples-to-apples comparison of where players were. But at the same time, we all know players get better with another year of experience. There were a lot of players that improved from ’19 to ’20 as they would normally do…it just made the evaluation a little bit different. You just have to try to figure out what you think the player will be able to do for your team.”

When pressed on what he thought of this year’s quarterback class, Belichick merely offered that there are “some interesting players” in the group, noting how different their individual evaluations have been because of the pandemic’s effect on college football.

But without going into specifics, he seemed to indicate that trading up in the draft for a highly valued player would be on the war room table — even if it meant “reaching” slightly based on potential.

“There are always players at every spot that fall into that category…you know you’re going to have to draft higher than really what they’ve done [production-wise],” he explained. “But if you’re willing to do that and that’s what you need to do to get the player, then you draft at a higher spot and hope his production eventually reflects the potential that you saw in him.

“There could very well be a player there that either you don’t expect to be there or…maybe at [pick No.] 12,13 he’s still on the board and you really thought that he’d be gone in the first six, seven picks. And then the question becomes, do you move up and try to get that player that’s fallen a little bit? Those are the kinds of scenarios you go through.” 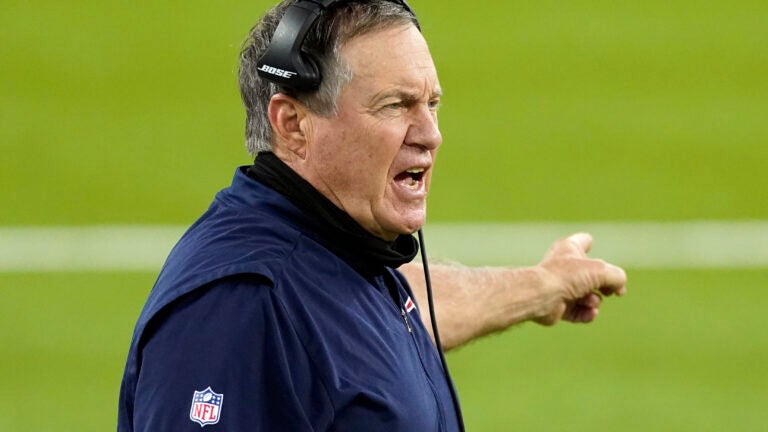