The Red Sox dropped both seven-inning games of a Sunday doubleheader against the White Sox. Boston resumes the series against Chicago Monday at Fenway Park with the traditional Patriots’ Day 11:10 a.m. first pitch.

The Bruins beat the Capitals on Sunday, 6-3. Brad Marchand led the way with two goals and two assists.

And the Celtics host the Bulls tonight at 7:30 p.m. as Boston tries to extend its six-game winning streak.

In a story that will have enormous implications for world soccer at multiple levels, 12 of Europes richest and most popular soccer clubs announced on Sunday that they are joining a new “Super League” club competition. Among the teams confirmed for the breakaway league — which reportedly will not have a promotion-relegation system — are Barcelona, Liverpool, Manchester United, and Real Madrid.

The Patriots and the possibility of a quarterback after the first round: The NFL draft begins on April 29, and speculation over what certain teams will do has been running for months.

The Patriots have been one of the more intriguing teams in the pre-draft discussion given the uncertainty at the quarterback position. Though New England re-signed Cam Newton to a one-year contract, questions remain over the 31-year-old former MVP’s long-term potential as the starter.

Part of the speculation has been driven by the Patriots’ regular attendance at Pro Day workouts of projected first-round pick quarterbacks, such as Trey Lance:

North Dakota St. QB Trey Lance has his second Pro Day today, and #49ers GM John Lynch and coach Kyle Shanahan will be in attendance. So will officials from the #Falcons, #Broncos, and #Patriots. With less than two weeks to go, a final look at a top QB.

Still, as NFL insider Peter King noted in his weekly “Football Morning in America” column, it would be an unprecedented move for Bill Belichick to draft a quarterback with such a high pick.

“Never has [Belichick] picked a quarterback in the top 60 of a draft,” wrote King. “So you might look at all that history and eliminate the Pats from moving up to 10 or nine or eight to pick a passer.”

Of course, the 2021 offseason has been anything except business as usual for Belichick, who led an uncharacteristic Patriots spending spree in free agency.

King noted that given the Patriots’ recent alteration of roster building strategy, it’s impossible to rule out a potential trade to move up in the first round.

“I wouldn’t eliminate that chance, because Belichick is proving this year that there’s no book on roster-building for him, particularly in the post-Brady era,” King explained. “Now, I doubt the Pats will trade next year’s first-round pick, the likely cost to move up into QB-acquisition position, but nothing’s certain with the Patriots now.”

“As we learned from the un-Belichickian spending spree in free agency, Belichick will do what is best for his franchise in a given year,” added King.

Should New England hold to the historical narrative and avoid picking a quarterback early, King gave a potential pick in the middle rounds.

“Now, if they don’t pick a passer in round one, Florida’s Kyle Trask at 46 or 96 (their picks in rounds two and three) wouldn’t surprise me,” said King.

Trask, who stands 6-foot-5 (weighing 236 pounds), started for two seasons with the Gators. He posted impressive statistics playing against SEC competition, throwing 69 touchdowns against just 15 interceptions, and completed 67.9 percent of his passes in his college career.

Trivia: What former Florida quarterback (and 2021 draft prospect) was drafted by the Red Sox in 2019 despite not playing college baseball?

Hint: He transferred to Arkansas, where he played the 2020 college season.

On this day: In 1897, the first Boston Marathon was won by John J. McDermott of New York. McDermott’s time of 2:55:10 topped the 15-person field. Interestingly, the race only covered 24.5 miles, as the standard marathon length (26.2 miles) wasn’t established in Boston until 1924.

Here’s a depiction from the Boston Globe’s account the day after the race: 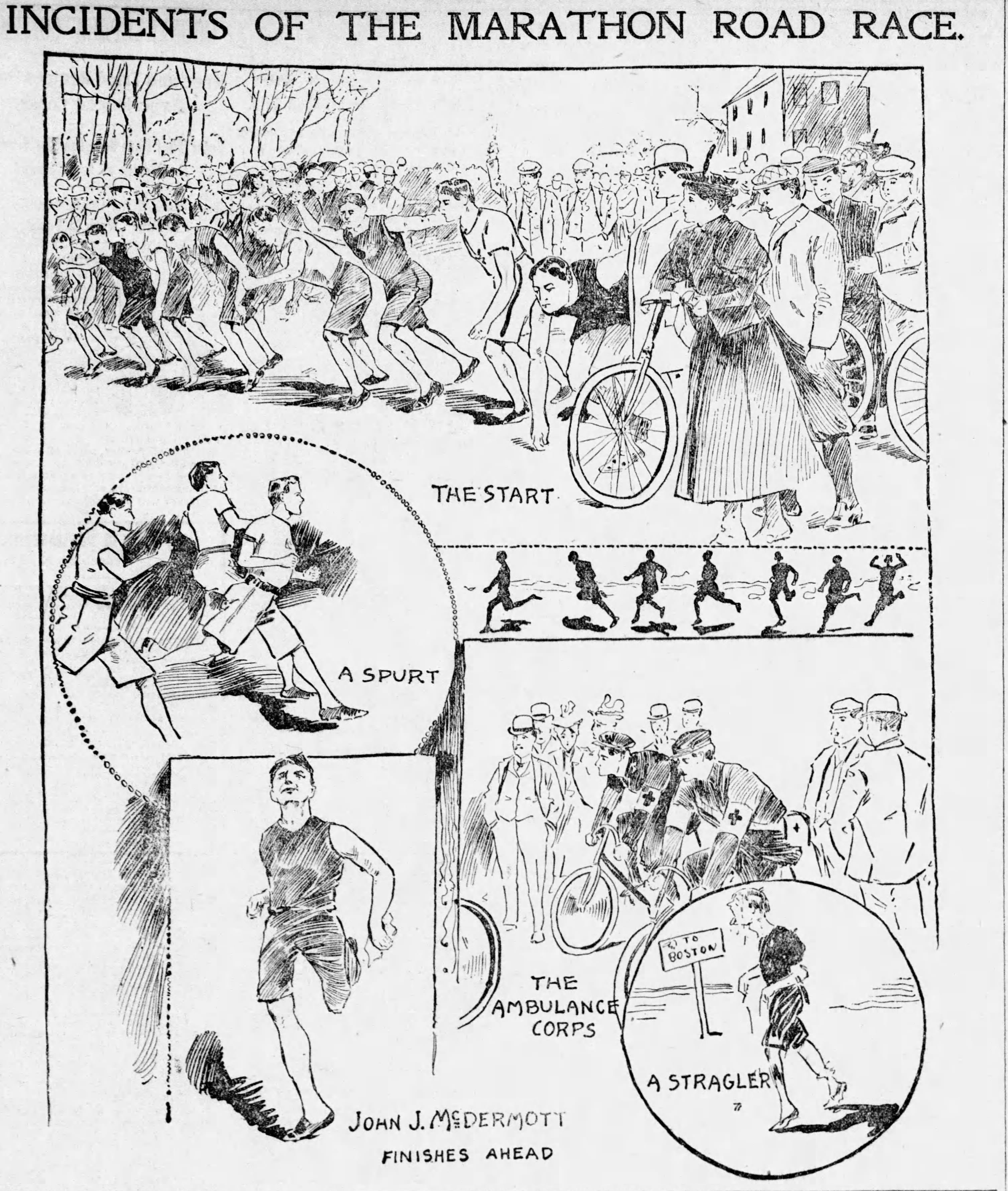 Daily highlight: Canucks goaltender Braden Holtby made an incredible acrobatic save during Vancouver’s eventual 3-2 overtime win against the Maple Leafs on Sunday. 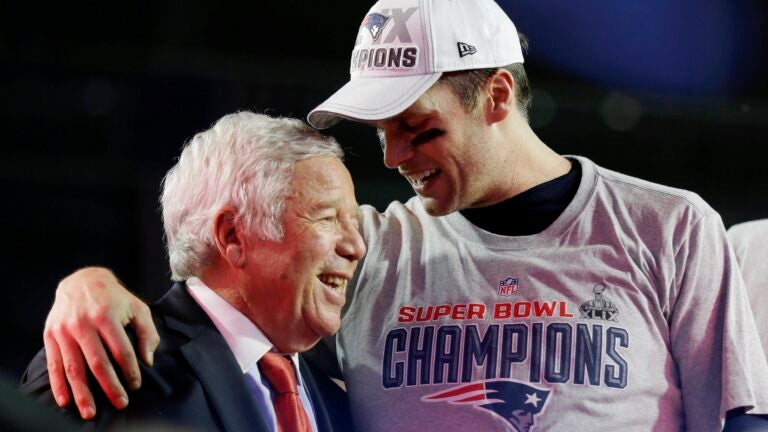