It says a lot that picking as high as No. 15 overall in the NFL Draft is such a disappointment for the New England Patriots.

After all, when you routinely win your conference, play in nine Super Bowls, and only miss the playoffs three times (with just two losing seasons) during the now 21-year tenure of Bill Belichick, high draft picks aren’t usually your lot.

A massive revamping of the Patriots’ lineup over the offseason and the return of a few mainstays could help the Patriots ensure they won’t be picking this high again in the 2022 draft, but it would behoove them to make this one count after a few less-than-impact drafts by their standards in the last few years.

If you’re concerned about how well the Patriots will fare with the 15th pick given their recent first-round history, which includes drafting N’Keal Harry with their first pick in 2019, here’s some good news:

The Patriots have only had four top-20 picks during Belichick’s time in Foxborough, and he hit on all four of them, with each signing a second contract with the team and contributing to at least one Super Bowl title.

Here’s a recap of those draft picks and their Patriots careers. 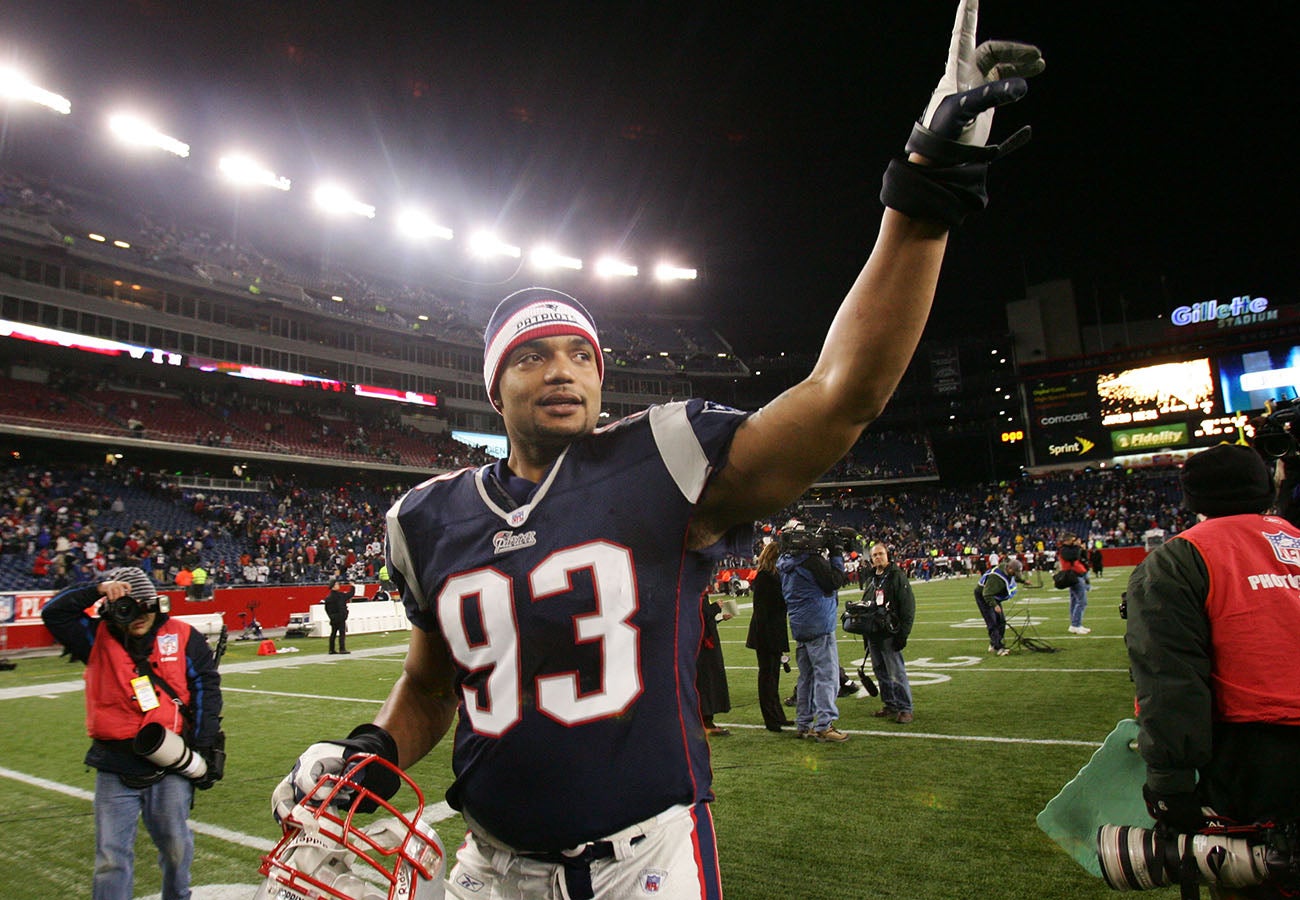 Richard Seymour leaves the field after the New England Patriots beat the Jacksonville Jaguars in a 2008 AFC playoff game.

Bill Belichick’s inaugural first-round pick with the Patriots remains the best he ever made, and that’s saying a lot considering some of the first-round talent the Patriots have brought in during his time.

A Hall-of-Fame finalist this year (and three-time finalist overall), Seymour was one of the linchpins of Belichick’s early championship defenses. In fact, the longtime Pats coach has called Seymour and dominant nose tackle Vince Wilfork the two best defensive linemen he’s ever coached.

During eight seasons with New England, he started 105 of the 111 games he played, racking up 39 sacks and 64 tackles for loss. Touting his ability to play anywhere on the defensive line and even dominate on special teams, Belichick said the following of him in his letter to the Hall-of-Fame committee: “It is extremely uncommon to see a player of his size, at any position, be capable of doing so many things so well.”

Even if Seymour never makes the Hall-of-Fame, he’ll go down as one of the best players in Patriots history and one of its biggest slam dunks in the draft outside of Tom Brady. 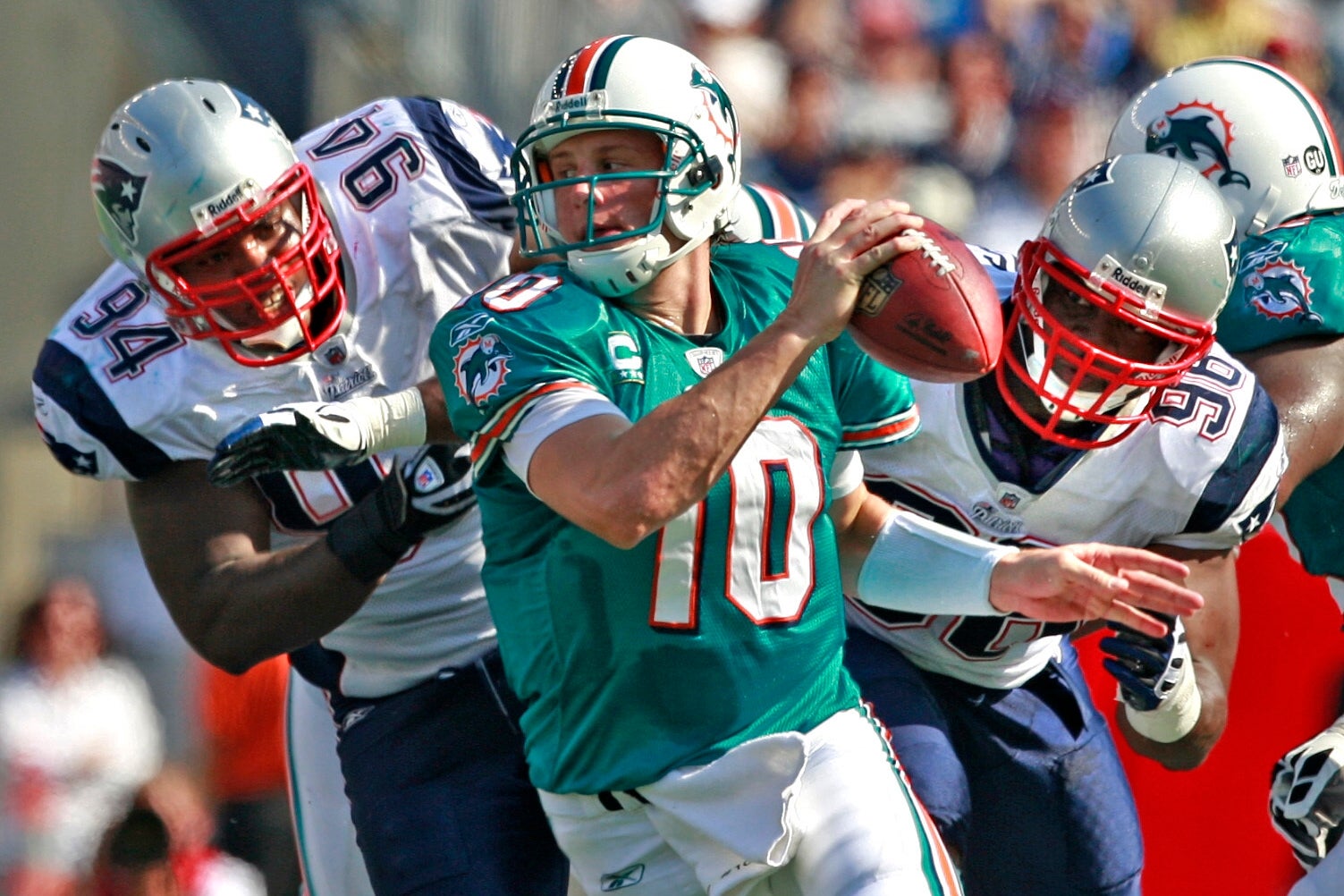 Ty Warren (94) tries to bring down Miami’s Chad Pennington for a sack.

Warren holds a rare and rather pertinent distinction in Patriots lore: he’s one of the few players New England has ever traded up for in the first round of the NFL Draft during Bill Belichick’s tenure. The Patriots moved up one spot, swapping with the Chicago Bears, who were also looking for defensive linemen, to snag the former Texas A&M star.

Warren rewarded the Patriots immediately. He played in all 16 games as a rookie before becoming a fixture defensive end in his second year, starting all but one game over his next four seasons. He even earned First-Team All-Pro honors from the Pro Football Writers Association in 2007 and signed a five-year contract the same year, but injuries limited him his next three seasons and eventually led to his release in 2011.

Still, he was consistently known as one of the most underrated players at his position while in New England, racking up 20.5 sacks, 37 tackles for loss, and 41 quarterback hits during his time in Foxborough. He also helped the Patriots win two titles in 2003 and 2004 playing alongside Seymour and company.

Though this wasn’t necessarily a major trade or a particularly flashy selection, Warren made it worth the Patriots’ while. 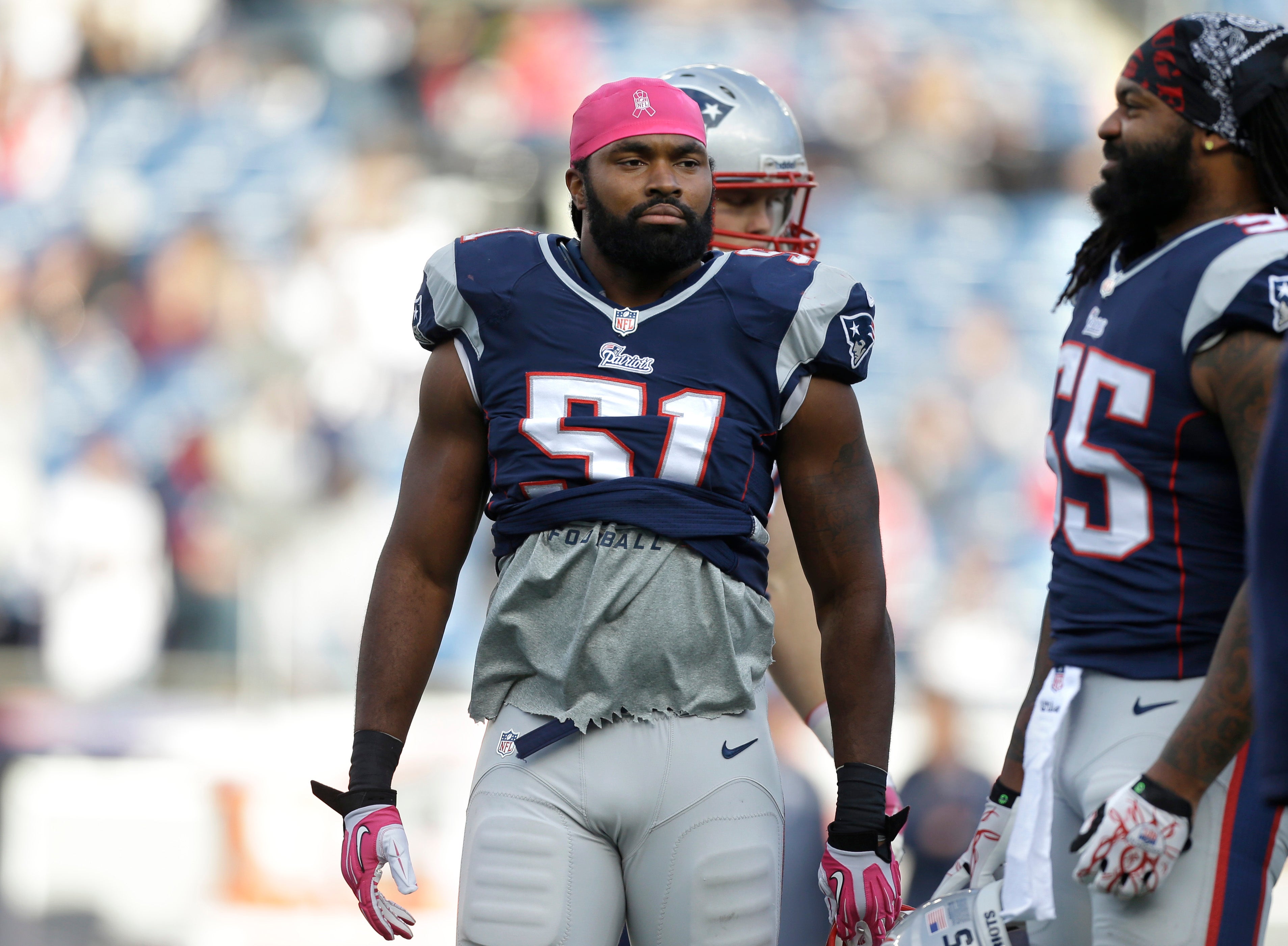 Jerod Mayo (51) warms up on the field before a game against the New Orleans Saints in 2013.

Before he became the Patriots linebackers coach back in 2019, he was, as Patriots fans will recall, quite a good linebacker himself in these parts. He also ended up being one of the more solid players in an underwhelming 2008 first round, with New England taking him 10th overall after trading back from the seventh overall pick.

Mayo played his entire eight-year NFL career in Foxborough and was a tackling machine when healthy, leading the Patriots in tackles in each of his first five seasons and even led the league in tackles once (2010).

It says a lot, too, that Belichick valued Mayo’s ability and knowledge so highly that he added him to his coaching staff a few years back, making him a gift that keeps on giving to the organization. 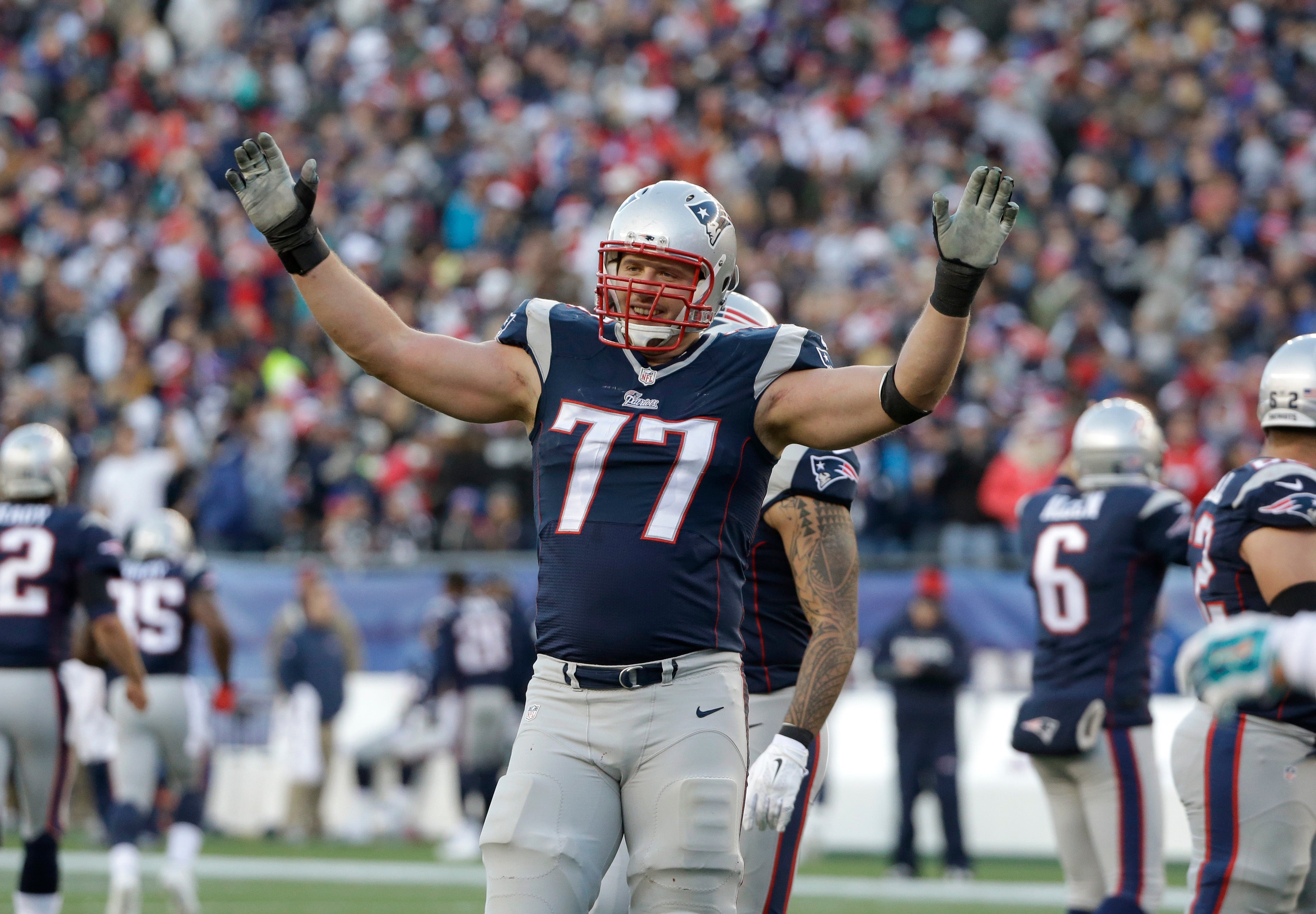 Nate Solder during a game against the Miami Dolphins in 2014.

With longtime left tackle Matt Light nearing the end of his career, the Patriots nabbed the mountainous Solder in the first round of the 2011 draft. He even started at right tackle in New England’s Super Bowl loss to the New York Giants after injuries hampered normal starter Sebastian Vollmer.

Once Light retired, Solder jumped in and took over the left tackle spot from 2012 to 2017. Aside from an injury-shorted 2014-15 season, he never played less than 91 percent of the team’s offensive snaps, including being on the field for every snap in 2012.

He protected Tom Brady’s blindside in three Super Bowls, winning two rings — even catching a touchdown pass in the title win over the Seattle Seahawks — before leaving the team after its Super Bowl loss to the Eagles, signing a four-year $62 million contract with the aforementioned Giants. 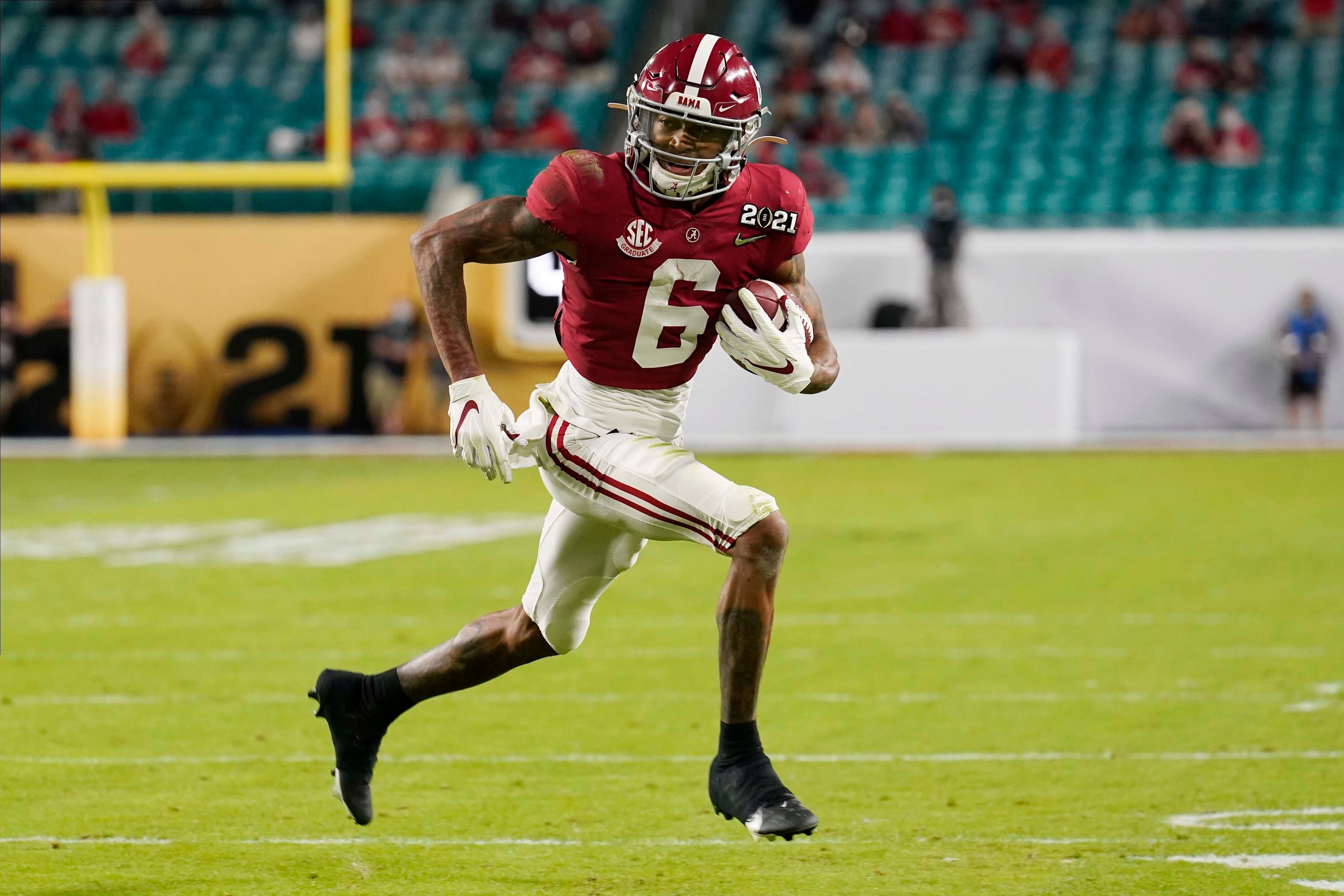