Tom Brady isn’t the only one who’s not thrilled about the NFL expanding the jersey numbers available to certain position groups.

Bill Belichick and the New England Patriots are among the few teams that voted against a new measure adopted by the league that will allow multiple positions, including running backs, wide receivers, tight ends, defensive backs, and linebackers, to use single-digit jersey numbers, Pro Football Talk’s Mike Florio reported.

A source also told Florio that Belichick “hates” the rule but didn’t have any additional details about the coach’s thinking.

It stands to reason Belichick’s gripes about the number issue might be similar to those Brady expressed when he slammed the new rules on social media Thursday, calling them “dumb” and saying they’ll lead to “a lot of bad football.”

“Good luck trying to block the right people now,” Brady wrote on his Instagram, later quipping that the league should just do away with jersey numbers altogether in light of the changes.

Those concerns are apparently shared by a number of coaches who believe allowing a variety of numbers among defensive players specifically could create confusion in pass blocking schemes, which could lead to more sacks on quarterbacks.

It’s worth noting, however, that the overwhelming majority of teams voted for the rule, which was proposed by the Kansas City Chiefs, despite those worries. Florio also mentions a report from earlier in the week that the Chiefs would never have proposed the rule if head coach Andy Reid – one of the premier offensive-minded coaches in the NFL – hadn’t given it the thumbs-up. 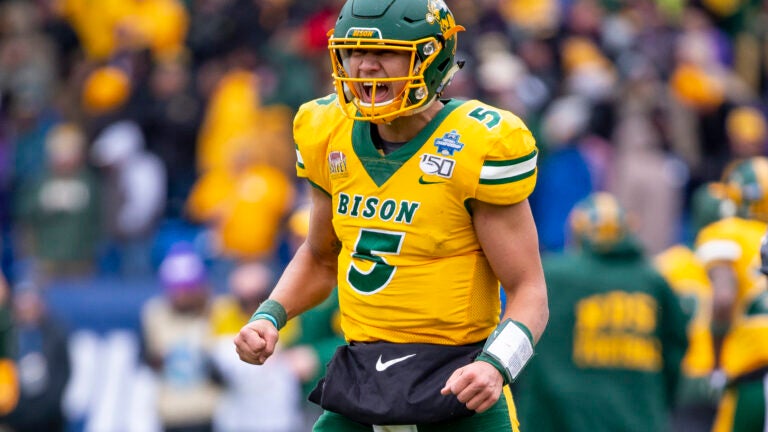 NFL Draft expert: ‘Heck yes’ Trey Lance would be a good fit for the Patriots