Trey Lance might be the most difficult evaluation of the top five quarterback prospects, given that he played against FCS competition and that he effectively only started for one full college season — he played just one game last year due to the COVID-19 pandemic.

But his outstanding production in limited time and tantalizing physical tools have made him all but a lock to be a first-round draft pick, perhaps even a top-10 selection who could go as high as third overall, according to some draft analysts.

The Patriots could very well be one of the teams in play to snatch him up after Trevor Lawrence and Zach Wilson — the expected No. 1 and No. 2 picks, respectively — come off the board.

Count NFL Network draft expert Daniel Jeremiah as among those bullish on what Lance could do if he fell into Bill Belichick and offensive coordinator Josh McDaniels’s hands.

“Would he be a fit for the Patriots? Heck yes,” he told reporters earlier this week on a video conference call.

Jeremiah said last month he could see Belichick and the Patriots having “an affinity” for Lance and what he brings to the table, and he went into detail about it once more this week.

“He had responsibility in terms of protections,” he said. “He had responsibility in terms of checks. So he had a lot more on his plate than most guys, especially in his first year as a starter they put a lot more on those guys. And then just the variety of offense that they ran, being under center a lot for one thing, which you just don’t see much anymore in college football. A lot of play-action [with his] back to the defense, those things, full progression reads. So he’s played in a complex, complicated system where he had a good amount of responsibility on his shoulders, and so even though the starts are what they are, you’ve got 17 starts to work off of, the guy is — what we know like is irrefutable. He’s built like a brick house, so he’s going to be durable. He’s going to add to your running game because you can use some designed quarterback run game, which he’s built to handle.”

The Patriots were present as Trey Lance took the field for his second Pro Day session today.

How the @NDSUfootball QB fits in among other prospects at the position, plus more from @MikeDussault19: https://t.co/xp56toveRT

Jeremiah also praised Lance’s intelligence and work ethic, saying that a number of teams have been “blown away” by his attention to detail and habits during the interview process. That, he said, could make him an especially ideal choice for the Patriots, along with his ability to run both traditional offensive sets as well as the read-option looks the team used with Cam Newton last year.

But Jeremiah maintains Lance is still a raw prospect who might benefit from sitting for a year and learning behind a veteran (like Newton).

“There’s some mechanical things he can work on, like he bounces on his toes a little bit when he gets to the top of his drop and then he’ll sink before he throws and you’ll see it impact his accuracy,” the draft analyst said. “That stuff is all fixable. John Beck and those guys have been working on that. He’s going to be able to clean that stuff up. Everything you have you love, and the things that aren’t maybe where you want them are all correctable. That’s why, yeah, I’m in. I know the limited number of games. I get all that. But when you have a guy with this skillset and then you match the skillset with the intelligence that he has, he’s going to figure it out. I firmly believe it.”

The NFL Network expert isn’t the only one who thinks Lance could prosper in New England.

ESPN’s Louis Riddick predicted the Patriots could target and trade up for Lance. In a separate mock draft, Pro Football Focus’s Steve Palazzolo stated Lance might actually fall to the Patriots at No. 15 overall because of his struggles with accuracy and inexperience but would ultimately benefit from waiting behind Newton. 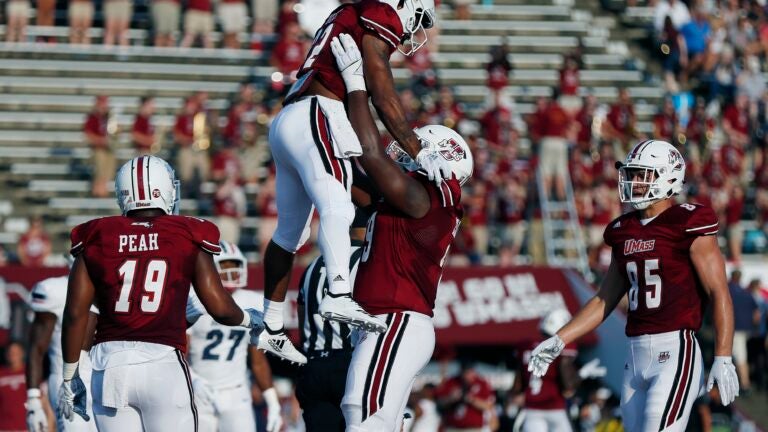