Ahead of the 2021 NFL Draft, let’s revisit Bill Belichick’s best picks for the Patriots since he took over as head coach in 2000.

There are three primary measurements we took into account when compiling this:

• Impact: both on (performance) and off (leadership) the field. Production is the most important aspect, but character and leadership also figure into the equation. Many of the players on this list, regardless of where they were drafted, are (or were) cornerstones of the franchise who made big plays in big games. That’s no coincidence.

• Overall draft value: Some late-round picks are higher on the list than first-rounders because it says something about a late-round pick if he exceeds expectations. That’s certainly part of the conversation, and is reflected here with our rankings.

• Intangibles: It could mean an ability to produce in big moments, or to simply rise above an unfortunate situation to succeed in the NFL. You know it when you see it.

Disclaimer: We’re not including the last two draft classes to account for development.

Admit it — he drove you crazy when he was with the Patriots, but he was the only player of long-term impact the Patriots drafted in 2006 or 2007. Stepping into the shoes of the legendary Adam Vinatieri, Gostkowski led the NFL in points scored twice, and was named first-team All-Pro in 2008. Currently: Free agent.

Taken 10th overall, there was little doubt Mayo would be a special player early on. In his first preseason game, he knocked Ray Rice’s helmet clean off on a tackle, and it was off to the races from there. A former All-Pro who would go on to serve as a captain (and eventually become a coach), the only reason Mayo is not higher is the fact that he was taken in the top 10. Currently: Assistant coach, Patriots.

Selected 164th overall out of Boston College, Koppen stepped in as the starting center in his first season, and never gave up the job. He played at least 15 games in eight of his 10 years in the league, and developed into an absolutely vital part of New England’s offensive line. Currently: Retired.

One of the greatest draft bargains in franchise history. Taken 253rd overall, Givens came out of nowhere to catch 149 passes in three seasons, including a career-best 59 in 2005. A two-time Super Bowl champion, he signed a free-agent deal with the Titans after the 2005 season, and played only five games after that before calling it a career because of knee issues. Currently: Retired.

Since 2000, only Julian Edelman had better draft value (Branch was taken 65th overall) and overall ability than Branch. The Louisville product played his first four seasons with New England (2002-2005), and had three years where he caught at least 40 passes while going on to win MVP of Super Bowl XXXIX. Currently: Retired.

As soon as a player is drafted, the Patriots usually alert the assembled media for a conference call with the latest pick. The first thing I remember when I heard Hightower talk? The guy sounds ready to step in and play. Immediately. He did just that — at a time when the New England defense needed an infusion of youth and energy, Hightower and Chandler Jones were disruptive defensive pieces from the start. Currently: Still active.

This came out of absolutely nowhere. The defensive spare part took some time to find his niche, but eventually became one of the only linebackers in the league to finish with multiple sacks and interceptions (he did it in 2014, 2016 and 2019). Currently: Still active.

There were sexier names on the draft board that afternoon — including Vincent Jackson and Frank Gore — but in hindsight, this All-Pro was the safest first-round pick in the history of the Belichick era. Mankins was the Marlboro Man in shoulder pads from day one, a laconic son of a cattle rancher who was plug-and-play at left guard for just about every day of his nine-year career in New England. Was part of the Pro Football Hall of Fame’s All-2010s team. Currently: Retired.

Part of one of the most impactful draft classes in franchise history (one that included Koppen and Ty Warren), Samuel is on the short list of the finest defensive backs drafted in the Belichick era. The Central Florida product was the 120th overall pick. He had 16 regular-season interceptions in his last two seasons in New England before he left via free agency for Philadelphia. Currently: Retired.

At No. 6 overall, he is the highest selection in Belichick’s history in New England, and No. 6 on our list. The big defensive lineman, who remains in the conversation for the Pro Football Hall of Fame, would go on to carve out a memorable career. And while he wasn’t the first pick of the Belichick era — that was guard Adrian Klemm, taken in the second round in 2000 — Seymour is evocative of the sort of defense Belichick was trying to craft in New England: smart, tough, and versatile. Ultimately, he made some sort of All-Pro team in seven of the 12 years he was in the league. Currently: Retired.

The 2010 draft was a transformative weekend for the franchise, as Belichick was able to disinfect the locker room after the bad vibes of 2009 with the choices of guys like McCourty and Rob Gronkowski. Before it’s all said and done, I believe McCourty will go down as Belichick’s favorite (not greatest, mind you) defensive back he’s ever coached. Smart, tough and versatile, he’s become a foundational element for the franchise over the last decade. (Side note: I did not like the choice at the time. McCourty did not let me forget about that fact for many years.) Currently: Still active.

That offseason, the Patriots had let the occasionally surly Ted Washington — an elite run stuffer at defensive tackle — walk in free agency, a decision that had some shaking their heads. While Wilfork didn’t feel like a slam dunk , the choice of the big fella was a great example of right player, right team, right time. He stepped in and played all 16 games as a rookie, and he’d go on to play at an absurdly high level for a decade-plus with the Patriots. A lot like the defensive version of Mankins — a guy who can step in, day one, and you don’t have to worry about that spot for the next decade. Currently: Retired.

The choice of Edelman, in many ways, is a great example of how Belichick occasionally approaches late-round choices. After he was taken by the Patriots, Belichick’s call to Edelman opened with, “We really don’t now what you are going to play, but we know you can pay football.” He did the same thing with draft choices like Matthew Slater and Nate Ebner, and free agents like Stephen Neal . There are guys out there who defy traditional positional classifications as NFL prospects, but they can clearly play somewhere — it’s just a matter of finding that fit. (I wonder if there’s an alternate universe somewhere that has Edelman trying to play quarterback in the NFL, getting cut, and going to the CFL to become the next Doug Flutie.) Currently: Retired.

The question mark regarding his back allowed him to slide into the second round, and it was New England that reaped the benefits. As part of a franchise with a rich tradition of excellent tight-end play (Russ Francis, Ben Coates), Gronkowski was not only the greatest two ever come through New England, he’s on the short list of the best of all time. He also provided the best draft day memory on the list when he not only brought a Patriots helmet with him to the podium (in addition to the baseball cap), he also celebrated in a scrum with his brothers. Currently: Still active

What, like you thought there was going to be someone else? The resume is well established at this point, so the only thing we’ll add is this.

When Belichick was running down a quick description of all the 2000 draft picks when the draft was done, here’s what he said about Brady: “The value board at that point really clearly put him as the top value. Brady is a guy that has obviously played at a high level of competition in front of a lot of people and he’s been in a lot of pressure situations. We felt that this year his decision-making was improved from his junior year after he took over for Brian Griese . He cut his interceptions down. He’s a good, tough, competitive, smart quarterback that is a good value and how he does and what he’ll be able to do, we’ll just put him out there with everybody else and let him compete and see what happens.”

(One more story? Former Patriots’ personnel guru Scott Pioli used to keep a framed picture of tight end Dave Stachelski — who was taken a round before Brady — on his desk to remind him that he wasn’t some sort of draft genius.) Currently: Remarkably, still active.

This story originally appeared in Point After, the Globe’s Patriots/NFL newsletter. Sign up here to get exclusive analysis in your inbox twice a week. 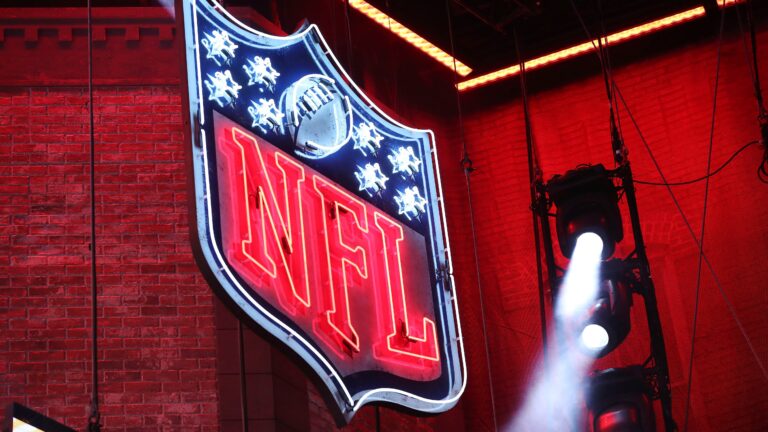