Even after picking a quarterback in the first round of the NFL draft for the first time, Bill Belichick was characteristically straightforward in his press conference in the early hours of Friday morning.

“Draft day is always an interesting day,” Belichick began. “A lot of preparation and you just wait to see how things unfold.”

In the end, the Patriots took quarterback Mac Jones out of Alabama with the 15th pick.

“Mac was available there at our pick and he’s guy we spent a lot of time with and felt like that was the best pick at that time for us,” Belichick explained.

Following a seemingly endless buildup to the draft in which experts predicted that the Patriots would have to trade up to get one of the top quarterbacks in the first round, New England was able to draft Jones with the team’s original pick.

Jones in particular seemed destined for a higher draft spot, given the rumors of the 49ers potentially thinking of taking him with the third overall pick.

Asked if he had followed any of projections beforehand, Belichick responded with a joke.

“We don’t usually go into the draft with a lot of expectations. Honestly I missed a lot of those mock drafts so I’m not really that familiar with where he was or wasn’t going,” said the Patriots’ coach.

Despite the pre-draft reports that the Patriots had explored possibly trading up as well as trading down in the first round — Belichick noted that New England’s position was best suited to staying where they were.

“We couldn’t really control any of that,” Belichick said of the trades that occurred in front of the Patriots’ pick. “So, I mean, when you’re a 15, you’re a 15, so somebody’s got to be a 14, somebody’s got to be a 13. So unless you move, it’s, you know, there’s the same number of teams that are going to pick in front of you. So, again, we try to grade the players, evaluate the players, and take a look at the board and make the best decisions we can. I wouldn’t say we were in the most flexible position today anyway, so staying a 15 kind of seemed like the best thing for to us do and it worked out fine for us.” 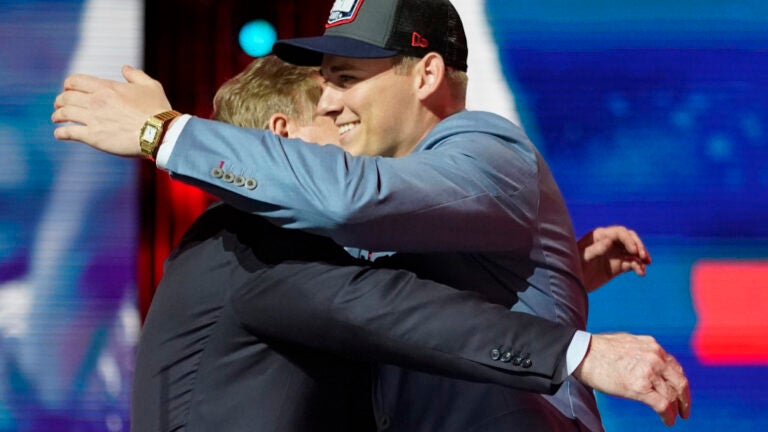 The Patriots’ Mac Jones pick was boring, and that’s probably a good thing