The Bruins scored three unanswered goals in the third period to push past the Sabres on Thursday, 5-2. Charlie Coyle forced a turnover before scoring the go-ahead goal for Boston.

Also on Thursday, Red Sox lost to the Rangers, 4-1.

And all eyes were on the NFL Draft’s first round selections on Thursday night. The Patriots opted to not trade up (or back), instead using the 15th overall pick to select Alabama quarterback Mac Jones.

The second and third rounds of the draft begin this evening at 7 p.m. New England will have the 46th and 96th picks.

“Mac Jones to New England [is] the best pick of this draft,” said Orlovsky. “Awesome offensive line, obviously a ton of weapons that they’ve added. Two really good tight ends, pieces on the outside, dominant run game, and you get to go to Bill Belichick.

Trivia: Mac Jones is the fourth Alabama player the Patriots have selected in the first round of the NFL draft in team history. Can you name the other three?

Bill Belichick’s press conference following the first round of the draft:

On this day: In 2009, Ray Allen scored 51 points in Game 6 of a first round playoff matchup against the Bulls, but it wasn’t enough as the Celtics lost in triple overtime, 128-127. Boston would go on to win the series in Game 7. 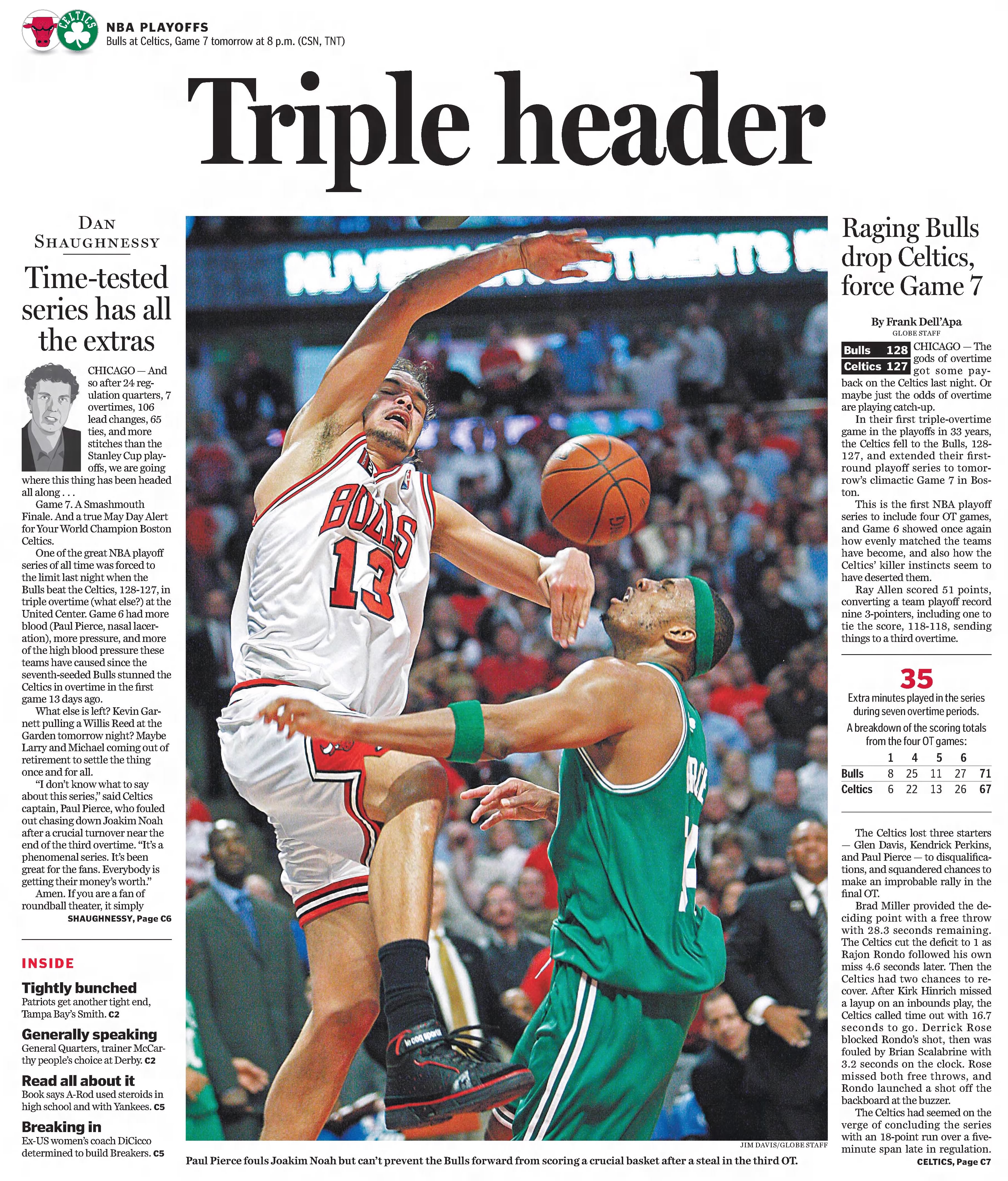 Daily highlight: David Krejci skillfully set up Taylor Hall for a third period goal in the Bruins’ win on Thursday.