Ambition has always been there for Mac Jones, even at age 7. Spelling, however, came along a little later.

“When I grow up I want to be A football playr I mit be in the NFL I do not no wut team I will be on,” Jones wrote, in a letter shared by WCVB.

Mac Jones, this year’s No. 1 draft pick for the #Patriots, wrote about his goal of becoming an #NFL player when he was 7 years old. It’s awesome to see his dream come true! ❤️🏈 #NFLDraft #dreamcometrue #goals https://t.co/gp1WNd64AH

Jones, the Patriots’ first-round selection in the NFL Draft, had quite the imagination and confidence as a kid.

He also wrote a letter on the last day of fifth grade saying that he’s feeling good about his girlfriend because he just won the award for most likely to become the best all-around athlete in the Class of 2017.

“I’m very funny,” Jones said, “and Mama Collins says I’m quite the ladies man. Mrs. Collins said by now I will have a full athletic scholarship. I probably will play Q.B. just like now.”

He closed by saying that he hopes he goes to the prom with one of three people, including his then-girlfriend, Angel Fuentes. It appears he was keeping his options open.

It’s unclear if Jones’ prom plans worked out, but his quarterback prediction certainly did. 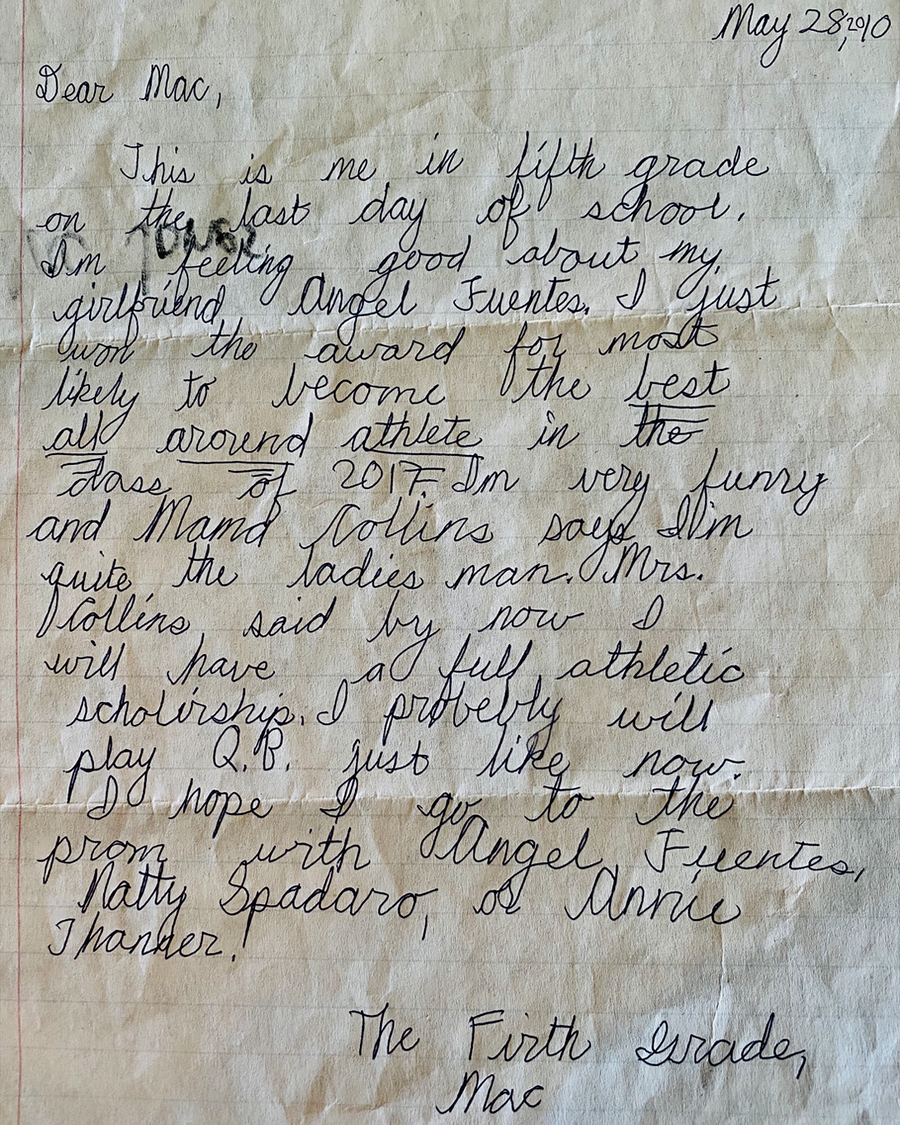 Mac Jones had big dreams, even as a kid. 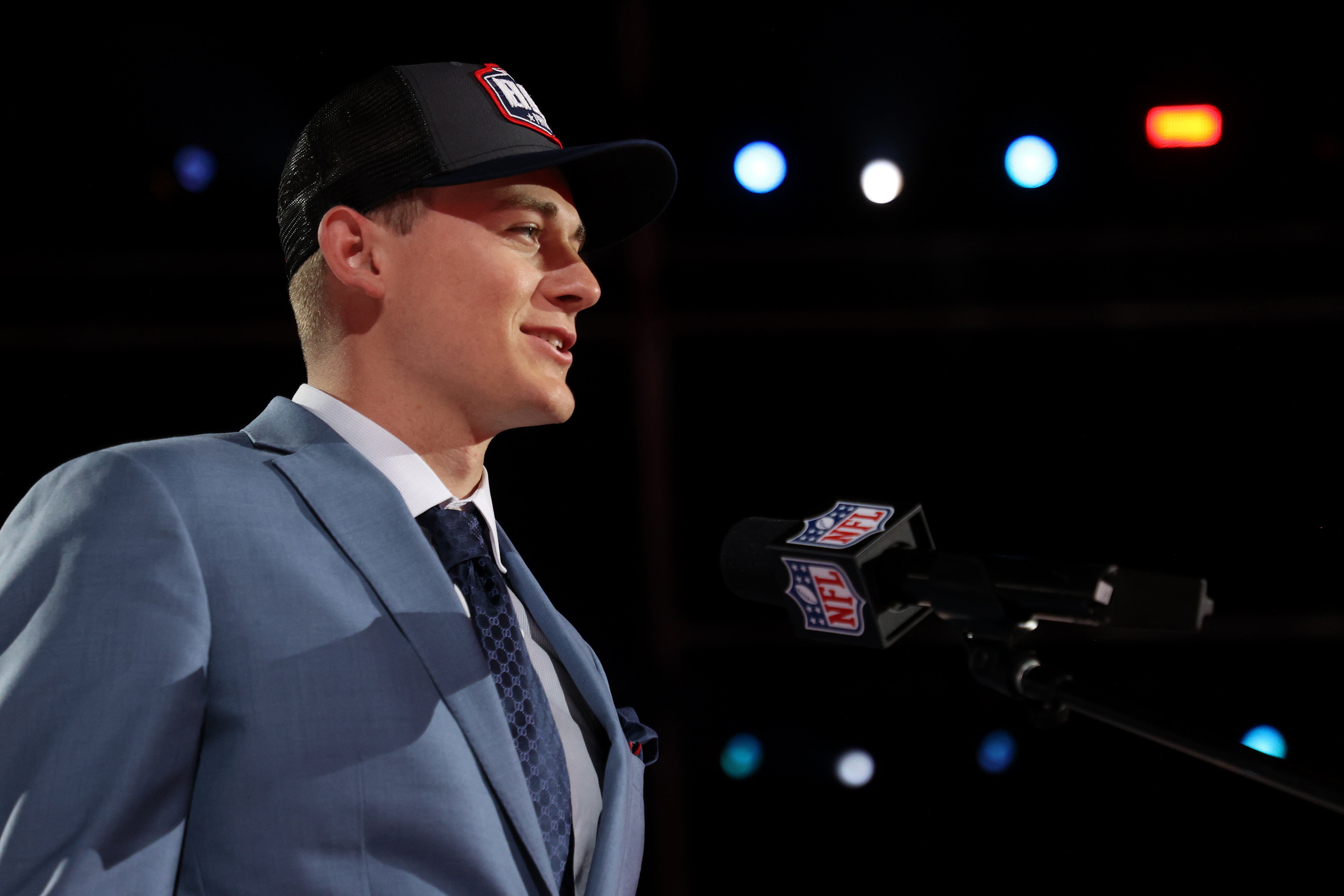