The Celtics lost to the Trail Blazers on Sunday, 129-119. Both Jaylen Brown and Jayson Tatum left the game after a late-game collision while trying to make a play on defense.

And tonight, the Bruins face the Devils at TD Garden at 7 p.m.

And, as it turned out, the Patriots had marked the occasion by letting Adams make the team’s final pick.

“I just want to take a moment to recognize Ernie,” Belichick is seen explaining in the team’s draft room in a video released on Monday. “We’ll do this at a more formal time later, but Ernie’s career, especially in the draft room, is legendary. It started in 1976 through all the great players with the Patriots.”

Belichick noted how Adams — who has worked with Belichick for decades after the two became friends at Phillips Academy in 1970 — has been a foundational influence on draft scouting.

“Ernie was given a stack of books and he pulled David Givens out,” Belichick joked. “That was a pretty good pick.”

“Ernie literally wrote the book on scouting,” Belichick added. “The grading scale, the lettering, the numbering, the different classifications of players, the report writing, critical factors, I mean all that — he’s been a part of all that for really four decades. So his impact on not only the scouting for me personally in this organization, but honestly through all the people who have been here and left here, as well as obviously the acquisition of some of the great players in this organization and some of the championships that have eventually come with them.”

“Ernie, I just want to thank you,” said Belichick. “As your final draft in the final round, as we go to the final pick, it’s yours. Thank you for all of your contributions, not only here but to the game and to the process of scouting.”

Adams promptly walked over to the Patriots’ draft board and picked out the name of another seventh-round wide receiver: Tre Nixon from UCF. The longtime Belichick assistant called the pick in to be officially selected, and called Nixon himself to inform him that New England had drafted him.

Trivia: Ernie Adams helped the Giants pick Phil Simms with the seventh overall pick in the 1979 draft. What future Giants Super Bowl teammate was selected with the next pick by the then-St. Louis Cardinals?

Hint: He was MVP of Super Bowl XXV.

Julian Edelman “ain’t going” to play for the Buccaneers: The now-retired Patriots wide receiver spoke out against any speculation that he would reunite with his former quarterback in the 2021 season.

Ain’t going any where Bubs #foxboroforever

On this day: In 1997, chess grandmaster Garry Kasparov began his second match against IBM supercomputer Deep Blue. After defeating the computer in 1996, Kasparov returned for a much anticipated rematch.

In Game 1, an inexplicable moment on the 44th move led to Deep Blue falling back on a last-resort programing default in which it picked a move randomly. Kasparov was surprised but unaffected by the computer’s poor decision, as he was already on his was to victory at that point.

“We had seen it once before, in a test game played earlier in 1997, and thought that it was fixed,” Deep Blue computer scientist Murray Campbell told Nate Silver in 2012. “Unfortunately there was one case that we had missed.”

But, as Silver explained, the computer bug may have played a role in Kasparov’s struggles in subsequent games:

In fact, the bug was anything but unfortunate for Deep Blue: it was likely what allowed the computer to beat Kasparov. In the popular recounting of Kasparov’s match against Deep Blue, it was the second game in which his problems originated—when he had made the almost unprecedented error of forfeiting a position that he could probably have drawn. But what had inspired Kasparov to commit this mistake? His anxiety over Deep Blue’s forty-fourth move in the first game—the move in which the computer had moved its rook for no apparent purpose. Kasparov had concluded that the counterintuitive play must be a sign of superior intelligence. He had never considered that it was simply a bug.

Of course, Kasparov had a different explanation for his eventual defeat in a 2018 interview with The New Yorker:

Daily highlight: Northeastern’s Scott Holzwasser made an incredible catch on Sunday in the Huskies’ 3-1 win over Towson. 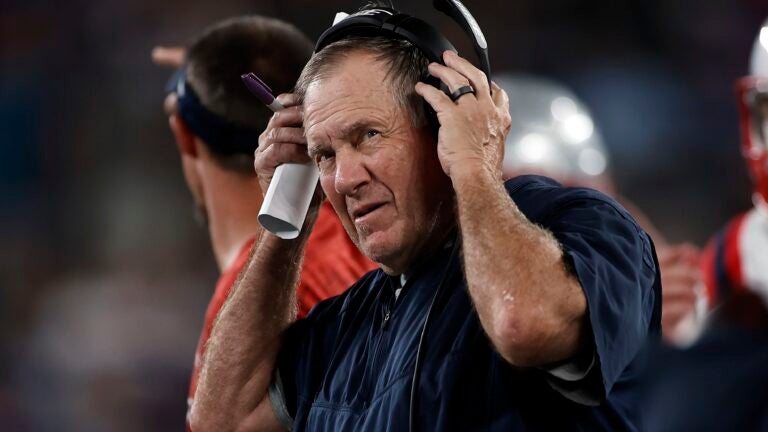