The New England Patriots have reportedly made their decisions on two fifth-year options for two of their 2018 first-round picks.

NFL insiders say the Patriots plan to pick up the fifth-year option on offensive tackle Isaiah Wynn but are not expected to do the same for running back Sony Michel.

The #Patriots have picked up the fifth-year option for OL Isaiah Wynn, while they’ll likely decline the option for RB Sony Michel.

Wynn, whom New England selected 23rd overall in 2018, has started 18 games at left tackle since the 2019 season and has also shown the versatility to play guard during his time in Foxborough. But he has struggled to stay healthy, landing on injured reserve in each of his first three NFL seasons.

Michel, likewise, has also struggled to stay healthy, missing 10 games over his first three years. He topped 900 yards rushing in each of his first two seasons, but his absence last year allowed Damien Harris to emerge as a lead back for the Patriots in 2020.

New England drafted Oklahoma running back Rhamondre Stevenson in the fourth round of the 2021 NFL Draft to add extra running back depth, further calling Michel’s future into question.

The Patriots could also save money this year if they chose to cut Michel before the start of the season. 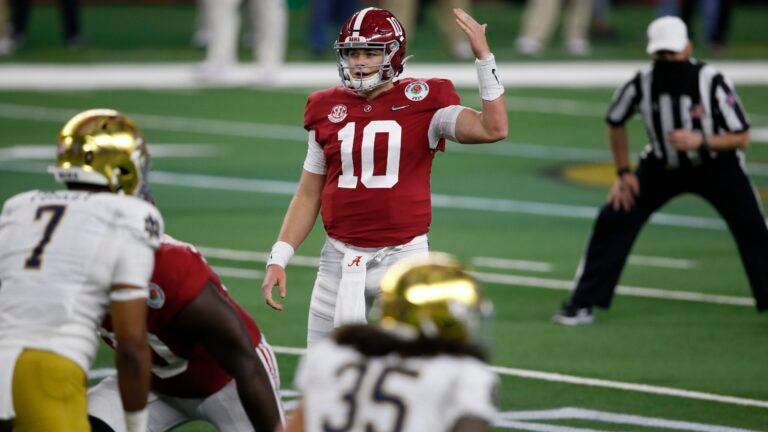