From the moment the Chicago Bears traded up in the draft to snag sliding quarterback prospect Justin Fields No. 11 overall, the door was wide open for Bill Belichick to bring Mac Jones to the New England Patriots.

Four picks later, Belichick did just that, tabbing Jones as the Patriots’ hopeful quarterback of the future and heir to Tom Brady — both in playing style and in success — with the 15th overall pick.

But a report from Sports Illustrated’s Albert Breer suggests that Jones was not the be-all, end-all pick for the Patriots in the first round, even with their desire to improve the quarterback position.

Breer says the team’s “passive” approach to free agency — re-signing Cam Newton to an incentive-heavy contract rather than a higher-priced option — carried over to the 2021 NFL Draft. Based on discussions with front offices around the league, he believes Belichick was prepared to move on from Jones entirely if he had not fallen to No. 15.

“One team in the upper reaches of the first round called them as the draft was going on to circle back on a trade-up inquiry from beforehand (New England had called just about everyone earlier in the month to explore dealing up), and got a response that equated to ‘We’re good,’ Breer wrote in his Monday Morning Quarterback column. “And when the Giants went on the clock at No. 11, even with Belichick’s strong connection to owner John Mara and coach Joe Judge, the Patriots didn’t even call New York as it worked out the trade with Chicago that set up the Bears to take Fields.

“All of which confirms that New England was committed to taking a disciplined approach and if, say, Washington leapfrogged the Pats to get Jones, they probably would’ve just pivoted and taken someone like Zaven Collins…at No. 15, and doubled back with maybe Stanford’s Davis Mills in Round 2.”

The Patriots’ apparent unwillingness to trade up for Jones seemingly under any circumstance stands in sharp contrast to the Bears’ aggressive approach with Fields. Furthermore, it also feels telling that the Patriots were willing to trade up the next day for defensive lineman Christian Barmore but not a potential franchise quarterback.

But, as Breer, points out, it clearly doesn’t mean the team didn’t value Jones or believe he was a good fit in New England.

Rather, it might suggest the Patriots feel plenty confident in their current plan at quarterback: allowing Newton a chance to return to form and a rookie, whether it was Jones, Mills, or someone else, to develop behind the veteran. That might also be an indication that, if Newton is indeed healthy and playing winning football, Patriots fans might not see Jones on the field much until 2022. 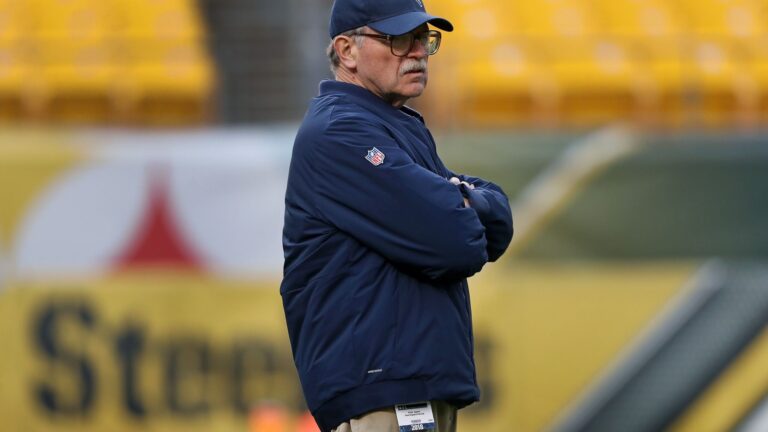