The 2021 NFL Draft is in the books, and the New England Patriots, in the eyes of most experts, had one of the better drafts in the league.

After months of speculation about the quarterback position, Bill Belichick and the Patriots stood pat at No. 15 instead of trading up — even after a splashy move took Justin Fields off the table.

Their patience was rewarded as the guy they may have wanted all along — Alabama’s Mac Jones — fell into their laps.

But the next two days of the draft may have been an even more interesting indicator of what the 2021 Patriots will look like — and play like — than Round 1 was.

In particular, Belichick’s focus on defense and the running game in the draft suggests another iteration of the old-school style the Patriots have leaned on in the past rather than a return to the heyday of the Brady years just yet.

Here are a few takeaways from the Patriots’ weekend in Cleveland. As poorly as 2020 went from an offensive standpoint in Foxborough, one could argue Belichick and Patriots anticipated those struggles to an extent.

After all, the lack of offensive weapons that plagued Tom Brady at points in 2019 was certainly not addressed for Cam Newton last year — something even Robert Kraft acknowledged.

But what the team probably didn’t expect was its defensive front seven becoming a punching bag against the run.

The 2020 Patriots had arguably the worst run defense in the league, giving up the third-highest rushing yards total they’ve ever surrendered under Belichick. You’d have to go back to 2013 to find a year they ranked worse in rushing yards given up in a season.

Belichick clearly decided he would not tolerate a repeat performance in 2021.

His first trade-up of the draft was not for a quarterback but for explosive defensive tackle Christian Barmore in the second round.

He took Ronnie Perkins, whom PFF ranked among the best college edge defenders against the run last year, in Round 3.

Then, Belichick grabbed a rangy, run-stopping linebacker with his fifth-round pick in Michigan’s Cameron McGrone, though he may not play in 2021 due to an ACL tear suffered last year.

Add that to the offseason signings like the run-stuffing defensive linemen like Davon Godchaux and do-it-all edge defender Kyle Van Noy, and you can almost feel the defensive-minded coach’s determination to throttle offenses up front in atonement for last season.

With a still-strong pass defense that returns most of its key contributors and added another versatile piece in Jalen Mills, the Patriots hope their defense looks a lot more like it did in 2019 than it did in 2020. If it does, the offense will have a significantly higher margin for error and will be able to rely on the old-school game plan it appears to be angling for. 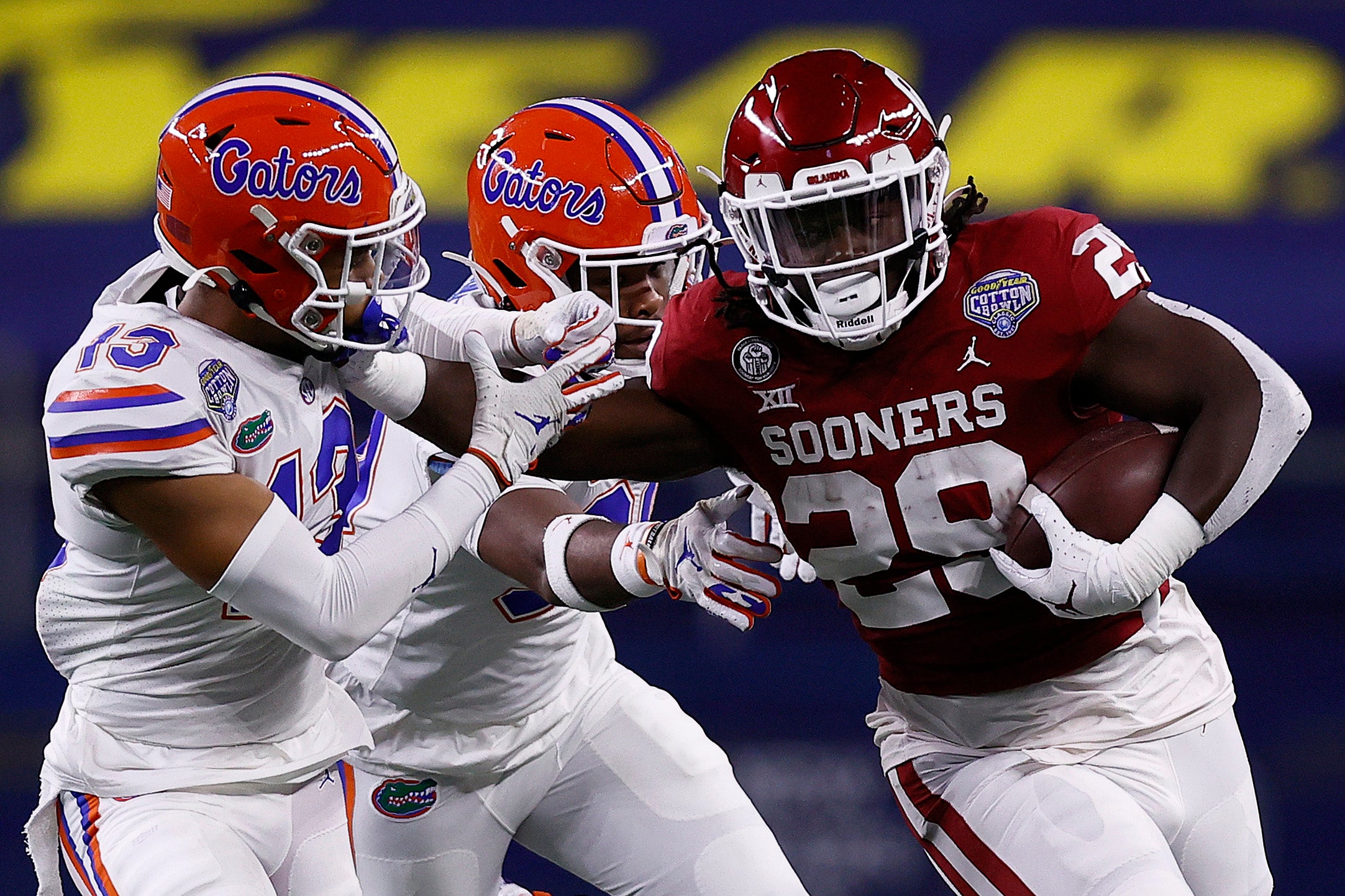 The Patriots will run the ball a lot…again.

You thought the Patriots would just get a new quarterback and start airing it out like they did with Tom Brady? Think again.

Aside from taking Jones, New England’s other signature offensive move in this draft was taking bulldozing Oklahoma back Rhamondre Stevenson in the fourth round. Though Stevenson does have some aptitude for catching the ball out of the backfield, he’s far closer to LeGarrette Blount than to James White.

That suggests pounding the rock is still very much part of the Patriots’ game plan this coming season.

Then again, that shouldn’t surprise anyone: they’ve been top-10 in the NFL in rushing attempts four out of the last five seasons. Plus, any team with real playoff or championship aspirations needs to be able to run the ball and chew clock on the ground when it needs to. Belichick’s focus on the offensive line this offseason — bringing back Trent Brown and Ted Karras and re-signing David Andrews — speaks to that as well.

Stevenson gives them another punishing runner who can help the Patriots play smash-mouth football when it serves them.

His arrival also could also mean former second-round pick Sony Michel doesn’t stick around much longer. The Patriots could decline to pick up his fifth-year option Monday, and the team would also save some money if they decided to cut him before the season. 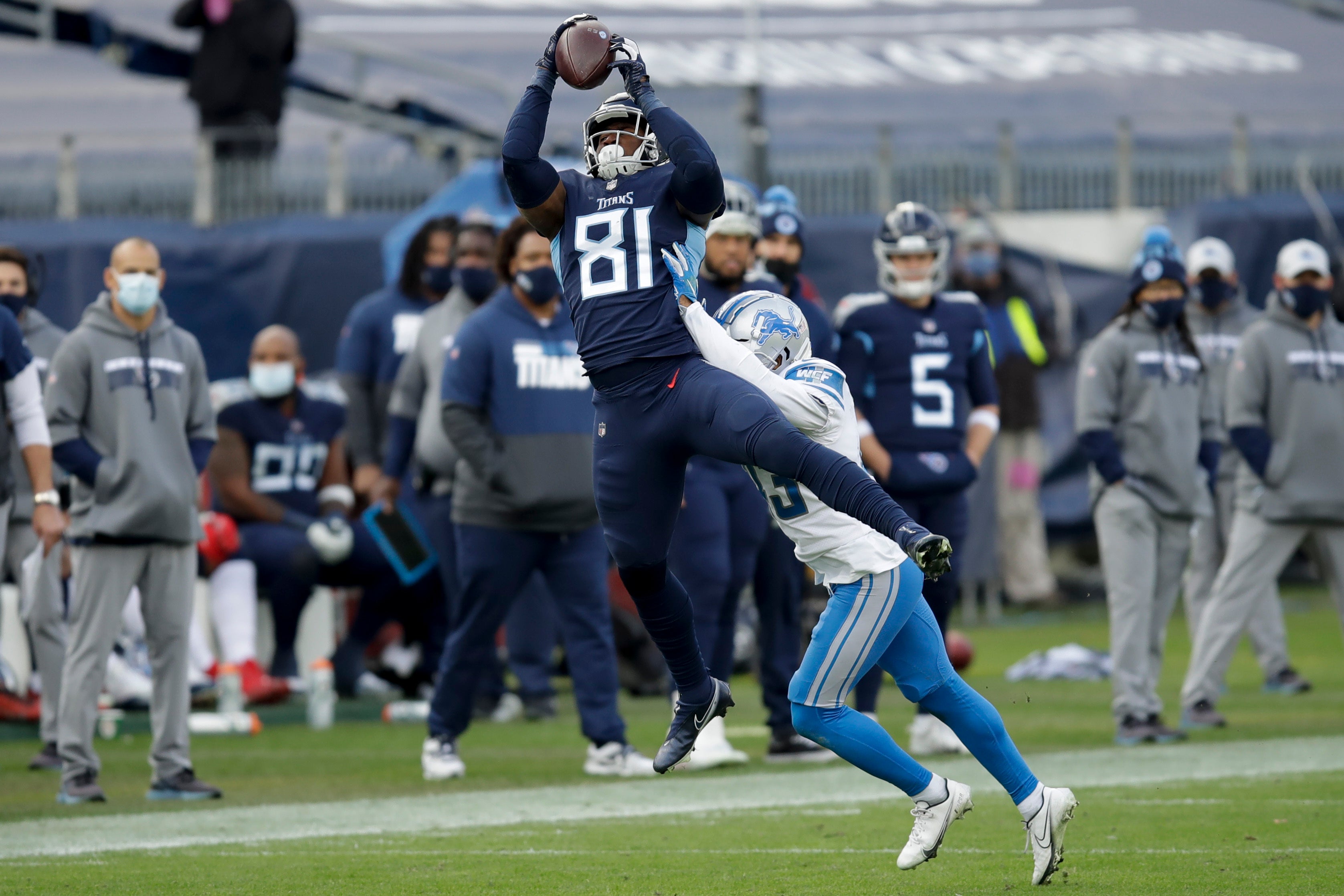 They’re confident in their receiving corps.

What does it say that New England didn’t select a wide receiver or other pass-catcher before selecting Trey Nixon in the seventh round?

The Patriots feel they might have what they need already.

Before getting too caught up in New England’s top receivers being Nelson Agholor, Kendrick Bourne, and Jakobi Meyers, remember who else Belichick brought in to overhaul the receiving corps this offseason: Hunter Henry and Jonnu Smith.

The two tight ends will be the key to the offense, forcing mismatches against linebackers and safeties until defenses are forced to adjust. If Henry and Smith play up to expectations and stress defenses in the short and intermediate areas of the field, the Patriots seem to believe their current group of receivers, barring an unexpected addition, will be good enough to take advantage of the open spaces they create.

Again, this is not a new concept in New England: the Patriots arguably haven’t relied on a true elite outside receiver since Randy Moss played here, and they had no problem winning without one. Belichick doesn’t seem to think that needs to change now, whether Newton or Jones starts. Speaking of which… 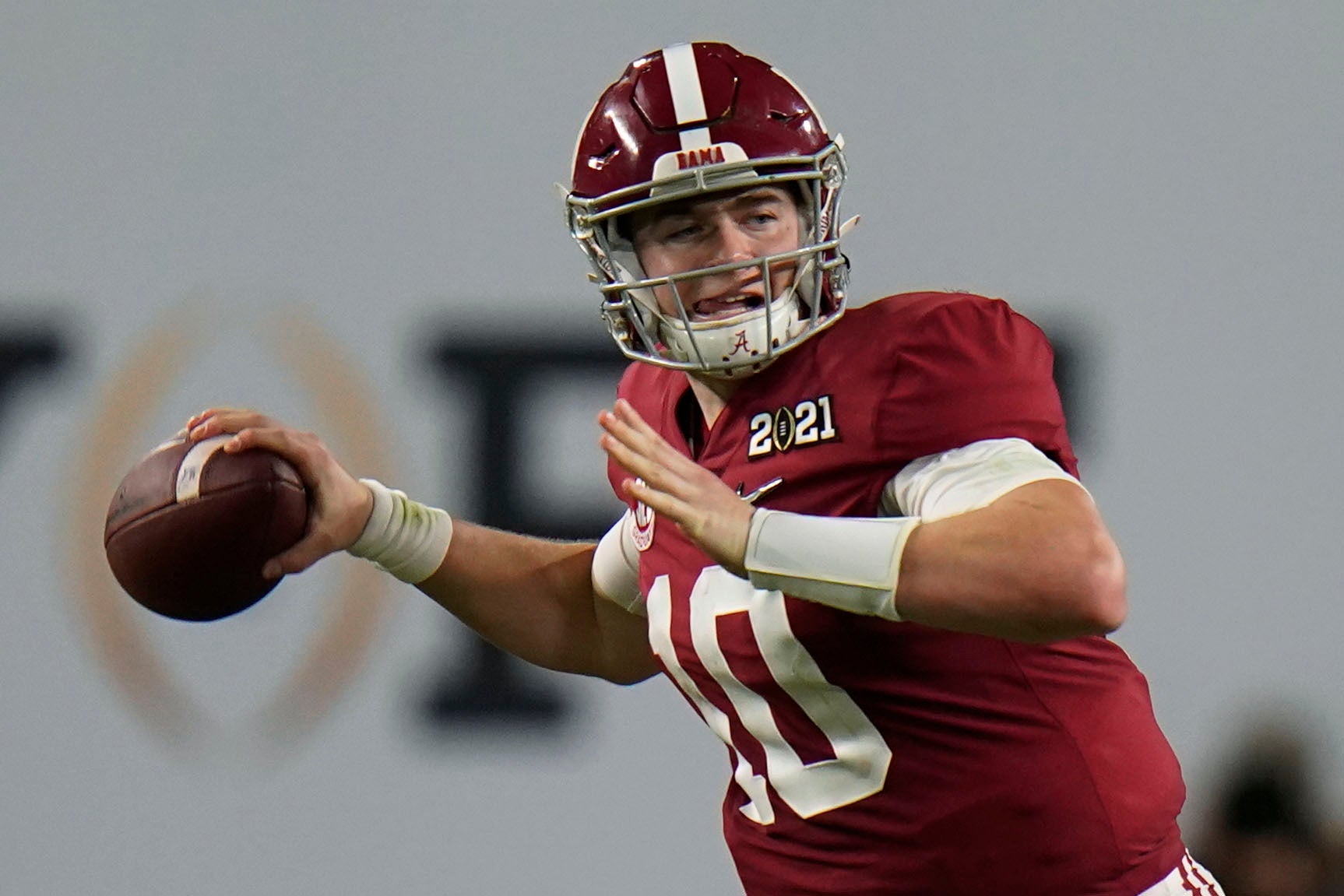 Belichick’s insistence that Newton is his quarterback heading into 2021 doesn’t necessarily mean that won’t change by the team Week 1 rolls around. There’s certainly a non-zero probability that Jones comes in and plays so well, or Newton so poorly, that they decide the rookie gives them the best chance to win out of the gate.

But there’s also reason to believe the legendary Patriots coach might not just be speaking idly.

For one thing, there’s no reason to think Newton can’t also thrive in what looks to be a run-heavy offensive scheme this season if he’s healthy. In fact, the dual-threat quarterback adds an ability to run the football Jones doesn’t.

Also, while there’s some similarity between Alabama’s system and New England’s, Jones still has to learn an entirely new language Newton already has a head start on learning.

Furthermore, Newton’s best years have come playing in offenses featuring pass-catching tight ends — something he’ll have once again in 2021.

Combine that with the fact that the Patriots seemingly would have been content to let another team leap ahead of them to snag Jones and pivot to a later-round quarterback, and one can see how Belichick and offensive coordinator Josh McDaniels might well be willing to give Newton a real chance to show what he can do rather than rush the rookie Jones into a starting role.

New England has a new QB in town 🏈

The Patriots select Alabama’s Mac Jones with the No. 15 overall pick in the #NFLDraft pic.twitter.com/jGH9orKelQ

Now, two things are true regardless of how much the Patriots genuinely seem to like and respect Newton.

But if Newton can serve as a competent bridge into next season and keep the team winning short-term, the Patriots can give Jones what many rookie quarterbacks don’t get: a real chance to sit and learn before hitting the ground running in their second year. 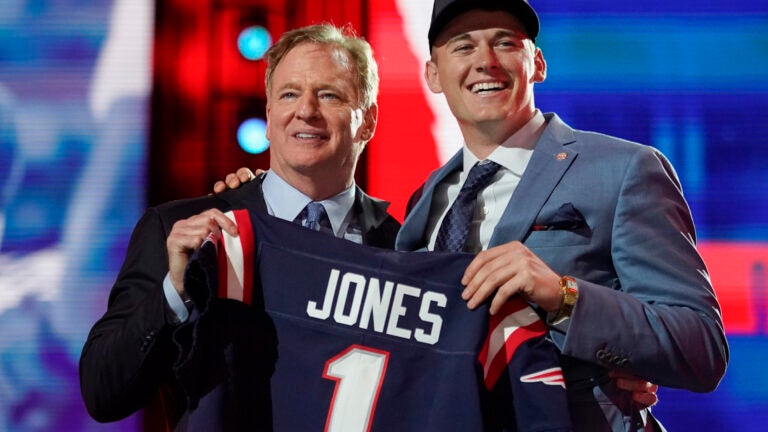 Here is how NFL Draft experts graded the Patriots’ 2021 class