The #Bears are signing WR Damiere Byrd to a one-year deal, source says. Coming off career highs with 47 catches and 604 yards with the #Patriots this past season.

Byrd was the Patriots’ second-most targeted receiver last year with 47 receptions and 604 yards, trailing only Jakobi Meyers. Byrd scored one touchdown and started 14 out of the Patriots’ 16 games.

In October, Bill Belichick called Byrd a “smart kid that has good route-running ability and [has] done a good job picking up our offense. He’s been productive.”

Cam Newton, who played with Byrd in Carolina, raved about his speed and professionalism during the season.

“I just wanted to appreciate his professionalism and his evolving of a player, a football player that is, and he’s just been great,” Newton said. “A guy who understands this offense, a guy who has been learning so much, a guy who has just taken an opportunity and tried to make the most of it.

“Like I said, I saw when Damiere first stepped in the locker room as a wide-eyed rookie not knowing who to kind of cling on to. But for him, the moment is never too big and every year he’s gotten better, and I think he has his best football still set ahead of him.” 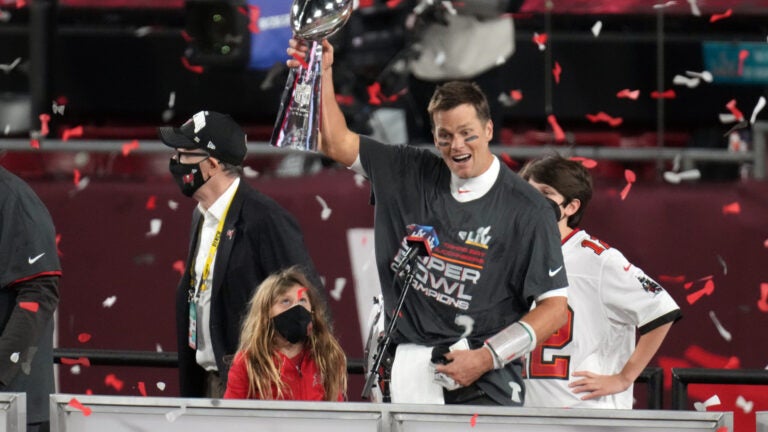