I like this question because of how it’s framed. The Cam-or-Mac debate is going to begin … well, it actually began approximately 0.028 seconds after Bill Belichick turned in their draft card with the Alabama quarterback’s name as the Patriots’ first-round pick last Thursday night. And it’s going to be the topic at every turn, through OTAs, training camp, and every preseason game.

But that never-ending conversation about who should start will almost entirely be focused on the opening game of the season. It’s interesting to me to actually look deeper into the season in thinking about this question.

Unless Newton is very bad in camp – and I believe he’ll be at least somewhat better than last year – I expect him to start the opener. Belichick has already said Newton is his quarterback, and I believe that to be true for the moment. The coach is going to give Jones time, as ready for the league as he may be, to acclimate to NFL life at the highest-profile position in sports.

But by that Week 8 game? I bet the job is Jones’s. I don’t know whether it will be because of injury, or Newton just not being able to throw any better than he did last year. But the hunch here is that Jones, whose accuracy fits so well into what looks like a run-first Patriots offense this year, emerges as the starter around a month into the season.

I’d like to see Newton stay healthy and have a great flashback of a season. I’m skeptical it’s doable. Jones will be the starter by that Bills game.

What does everyone else think? Who will be the Patriots starting quarterback by midseason? I’ll hear you in the comments. 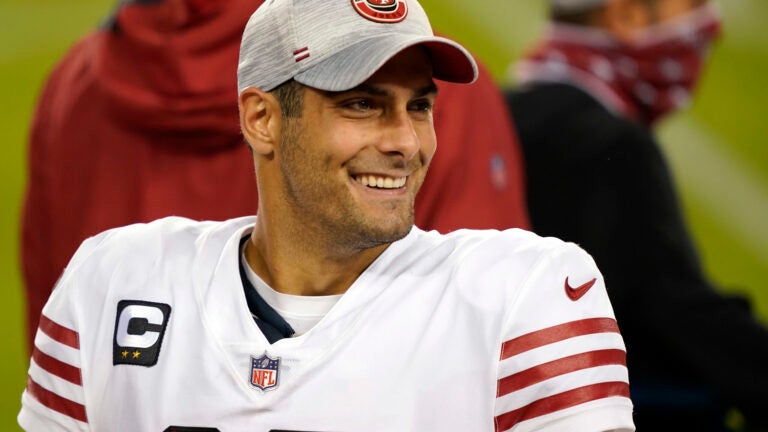 ‘We never really got to cross that bridge’: Jimmy Garoppolo discussed his time with the Patriots