Deatrich Wise Jr. came into some serious money when he re-signed with the New England Patriots this offseason on a four-year, $22 million contract.

What did he do with his new influx of cash, you ask?

“The first thing I did was pay off all the debt I have,” he said.

“I ended up buying my mother a house.”

A wise man if ever there was one.

After a foray into the free-agent market, Wise decided the Patriots were “the best place” to play, adding that he hoped to return for the long haul.

“I just love the atmosphere here, the culture here that Bill Belichick and [Robert] Kraft and all the coaches and players have created,” he said. “I feel this place is second-to-none when it comes to the mindset and culture of success.”

Of course, the Patriots’ level of financial investment in him also brings with it some high expectations as Wise aims to hold his own in any increasingly competitive defensive front seven looking to rebound from a troublesome 2020.

But the versatile defensive lineman says he’s relishing the offseason moves to beef up the Patriots in preparation for the 2021 season.

One of those acquisitions in particular, Hunter Henry, is well-known to Wise: they played together in college at the Unversity of Arkansas.

“Hunter’s that dude,” Wise said of his teammate. “He’s real down-to-earth, real cool. On the field, he turns into this guy that becomes unstoppable, catches everything. I think his hands are somehow magnetic to leather…He’s a hard-working guy. Loves to learn and loves to have fun at the same time.”

Of course, Wise’s primary focus will be on the defensive side of the ball, a unit that uncharacteristically struggled to stop the run last season and slipped away from its dominating 2019 form.

But when asked if there was any added motivation or lingering disappointment related to last year’s subpar performance, the fifth-year veteran chose to view the 2020 season as “a learning process.”

“We just have to continue to embrace the journey and believe in the process,” he explained. “Nothing comes easily just because we’re wearing Patriots uniforms…my father always said, ‘You’re fighting a fight another man has already fought.’ In my opinion, each game is a different lesson.”

So what are Wise and his teammates taking from last season into this one?

“The great thing about football is, we have another shot to play this game again,” he said, noting he expects the team to feed off the fans that should be allowed to return to Gillette Stadium this fall.

“The guys in that locker room are hungry, whether they’re rookie, whether they didn’t play last year, whether they were on a different team. Everyone is coming here for one goal, and that’s to win.” 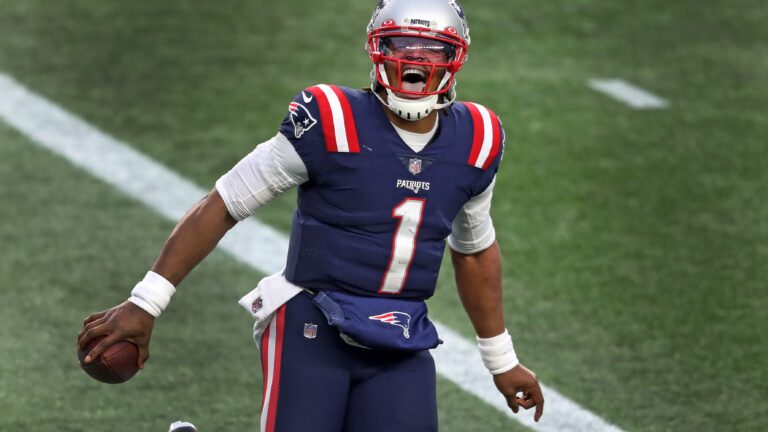