From the moment the Patriots took Mac Jones with the No. 15 overall pick, the countdown to his eventual takeover of the starting quarterback job began.

If history tells us anything, it may only be a matter of when, not if, Jones starts a game for New England in 2021. First-round rookie quarterbacks typically don’t wait too long to see the field these days, no matter how much coaches praise incumbent starters or preach competition in the quarterback room.

Bill Belichick would hardly be the first coach to proclaim a veteran quarterback — Cam Newton, in this case — his starting quarterback only to change course and play the “future” franchise signal-caller at some point as a rookie.

But not all experts believe Jones is a sure thing to overtake Newton this season for the Patriots’ starting quarterback job.

In a new “Execs Unfiltered” report, The Athletic’s Mike Sando spoke with several anonymous league talent evaluators who expressed conflicting viewpoints about how New England will handle its quarterback position.

“I don’t think Mac Jones sees the field for a while,” said one staffer who believes Belichick’s intention is to redshirt Jones behind Newton as long as possible.

“I’ll have a better feel when we see the schedule, when the bye falls, when their division games are, when the Tampa game is, those things. Is he starting by November? No, he’s not. Because Cam wasn’t bad early in the year and they really should have won more of those games, and he just wasn’t the same after getting COVID. I think Cam is going to be entrenched there for a little bit.”

Former Patriots assistant Michael Lombardi offered a similar viewpoint on his podcast “The GM Shuffle” earlier this week, stating a redshirt season would give the team a chance to thoroughly prepare Jones mentally and physically to win the job in 2022 with Newton presumably out of the picture.

However, another unnamed executive said Newton won’t be able to hold Jones out of the starting lineup past Week 6 of the 2021 season — both due Newton’s shortcomings and Jones’s NFL-ready skills.

“You put the guys around him, let him distribute, yes, Mac Jones can be good, because he was really accurate,” the executive said. “He probably didn’t get enough credit for how he threw the ball, how accurate he was. He put it on those guys where they could run after the catch. There was no adjusting to the ball or anything like that. The guy was super accurate and rarely made a bad decision.

“If last year is any indication, Cam is on the downward slant. I think they’ll pile it on Mac Jones, and he is going to be able to handle it.”

Of course, the only executive’s opinion that actually matters in this case is Belichick’s.

If Newton plays consistently the way he did to start 2020, there’s little reason to think Belichick won’t stick with the veteran as doggedly as the coach did last season.

But any more games with fewer than 100 yards passing from Newton will only make the calls for Jones louder, especially if the Patriots need a spark to keep them competitive in what could be a tough division. 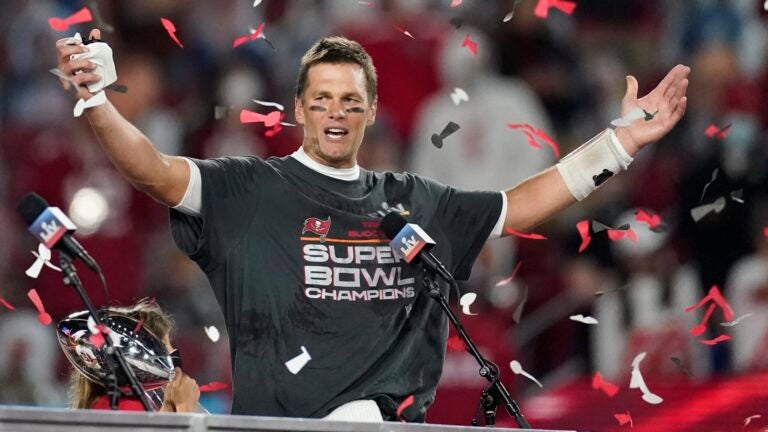