A new free-agent contract to rejoin the New England Patriots might be the highlight of most players’ offseasons.

But that’s not the case for dual-threat running back James White.

About a month after White re-signed with New England on a one-year, $2.4 million contract, the running back and eight-year Patriots veteran got an even more important piece of paper with his name on it: a college degree from the University of Wisconsin.

“The goal was to surprise both my mom and my dad,” White said, noting he began secretly taking classes last spring to complete his life science communications degree after years of prodding from his parents.

Sadly, he wasn’t able to share the accomplishment with his father, Tyrone, who passed away in a car accident during the 2020 season — though he has said he knows his dad would be “proud.” Instead white celebrated with his wife and his mother, who he said clapped his hands with excitement to hear the news.

“My wife, my parents, they kept me motivated to finish,” White said.

White said he settled on life sciences communications after giving business classes a try at Wisconsin — “After like a semester of that, my interest deteriorated a bit” — but became more invested in the subject and its applications to real-life issues of science and public health.

That experience, he added, has come in especially handy in talking about COVID-19 with family and friends, relaying information about the disease itself and about the vaccine in an accessible way.

“Not everybody is going to understand the scientific way of speaking,” he said. “Just finding ways for everybody to be able to understand and make an informed decision, I think that’s what’s most important.”

White noted he also uses the communications skills he studied in school at his day job as an NFL running back and said he looks forward to using them with both the familiar and new faces on the Patriots this season.

While he admitted he wasn’t completely sure what free agency held in store for him, he said it was good to be back in New England for an eighth season.

“Everybody, when we get to the NFL, we think we’re going to play for 20 years like Tom [Brady],” he said. “Each year I have the opportunity to play, I don’t take it for granted…to be in the same place for eight years, that’s also not too common. I’m definitely blessed.”

James White tells the #Patriots media his mother is stilI recovering from the car accident that killed her husband. Not an easy road but White says “I know she is a fighter. That’s for sure.”

White will resume his pass-catching role in a backfield that includes Damien Harris, Sony Michel, and soft-handed newcomer Rhamondre Stevenson, taking the field with an offense “chomping at the bit” to improve on last year’s subpar performance.

He and the Patriots will soon have a better picture of their season when the 2021 NFL schedule is revealed on Wednesday night, but they already know who one of their opponents will be: the Tampa Bay Buccaneers led by longtime Patriots greats Tom Brady and Rob Gronkowski.

But when asked if he has a preference for when his team will face off with his old quarterback, White could only laugh: “He’s going to be prepared either way.” 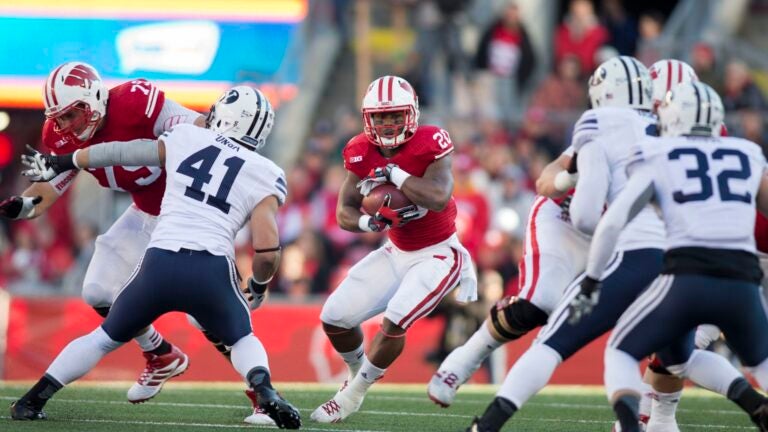