The Bruins defeated the Islanders in overtime on Monday, 3-2. Taylor Hall scored the winner for Boston, who face the Capitals tonight in the regular season finale at 7 p.m.

And the Bruins will see the Capitals again on Saturday in Game 1 of the two teams’ first-round playoff matchup at 7:15 p.m.

Tonight, the Celtics face the Heat in a crucial matchup for playoff positioning. The game tips off at TD Garden at 7:30 p.m.

“I have always said that I am going to go until the wheels come off,” Edelman explained. “They have finally fallen off. Due to an injury last year, I will be making my official announcement of my retirement from football.”

Edelman, 34, has also tried to quell any speculation that he might come out of retirement to reunite with Tom Brady and sign with the Buccaneers. Yet fellow former Patriot, Rob Gronkowski, recently shared his own thoughts on the matter, suggesting that Edelman’s time in the NFL might not be finished.

Speaking with ESPN’s Mike Greenberg, Gronkowski (who retired in 2019 only to return to the NFL a year later with Brady in Tampa) explained his reasoning.

“Jules was an unbelievable player and he literally gives it his all for his teammates,” Gronkowski told Greenberg. “I just wish the best for Julian to heal up. Obviously in his little press conference thing, he said he was going to go until the tires fall off and he sure has. So I’m hoping he heals up. I want the best for him. I’ve been in that situation before. I believe, if Julian truly heals up whatever’s hurting on him, and he fully heals and feels good, I think he’ll be back. I don’t know see why he wouldn’t be back, eventually in the future. Maybe a year or two away. Let me tell you: He’s just a competitor. So I say if he heals up 100 percent and feels good, I think he’ll be back in the NFL.”

In the short term, Edelman has committed his future to a role in media. He recently announced that he would join “Inside the NFL” as a regular guest in part of a larger deal with ViacomCBS.

Hint: He arrived in New England via a trade with the Colts.

Jaylen Brown is out of the rest of the season:

On this day: In 2002, the Revolution opened Gillette Stadium (then called CMGI Field) with a 2-0 win over the Dallas Burn. Taylor Twellman scored both goals, and would finish the season with a remarkable tally of 23 to lead the Eastern Conference.

19 years ago today, the #NERevs christened the opening of @GilletteStadium with a 2-1 win over the Dallas Burn. 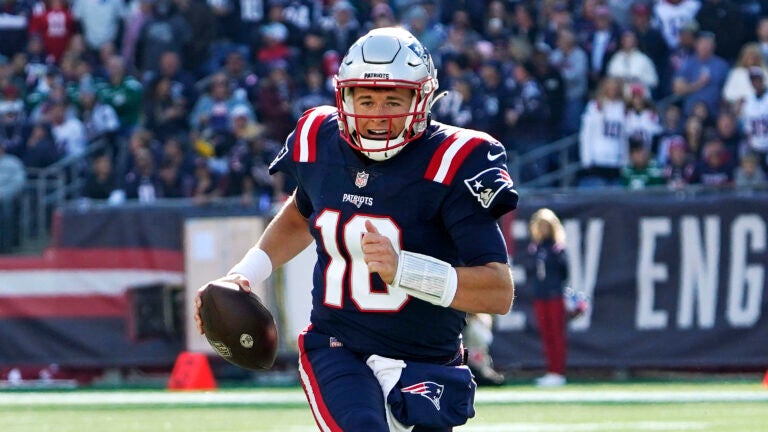