The Celtics lost to the Heat on Tuesday, 129-121. The loss all but ensures Boston will have to play in the NBA’s postseason play-in tournament.

Also on Tuesday, the Bruins lost the regular season finale to the Capitals, 2-1. Boston will face Washington in the first round of the NHL playoffs, starting with Game 1 on Saturday at 7:15 p.m.

And the Red Sox dropped the opener of a three-game series against the Athletics, 3-2.

Tonight, the Revolution visit Philadelphia for a 7:30 p.m. kickoff against the Union.

The Patriots’ 2021 schedule: While the full NFL schedule for the 2021 season won’t be released until Wednesday night at 8 p.m., the full slate of Week 1 games is already out.

Here’s a look at the full schedule for the Sunday games that week:

Additionally, the Ravens visit the Raiders on Monday Night Football at 8:15 p.m (on ESPN).

As for the schedule beyond that, all eyes are on one particular Patriots matchup: Tom Brady’s return to Foxborough. According to Bleacher Report, the Buccaneers will be in New England for a Week 4 game:

Trivia: The Patriots will open the 2021 season against the Dolphins on Sept. 12. Exactly 10 years before, the same matchup opened the 2011 season for both teams. New England won, 38-24, but who was the quarterback that day for Miami?

Ajax’s gift for the fans: Ajax recently won the Eredivisie (the Netherlands’ top soccer league) for the 35th time in club history. After playing 30 of the 34 league games without fans, the club decided to melt down the trophy and use it to help mold small stars, 42,000 of which were sent to each season ticket holder.

Literally. For you. 🎖#XXXV pic.twitter.com/Bllbh9M4tA 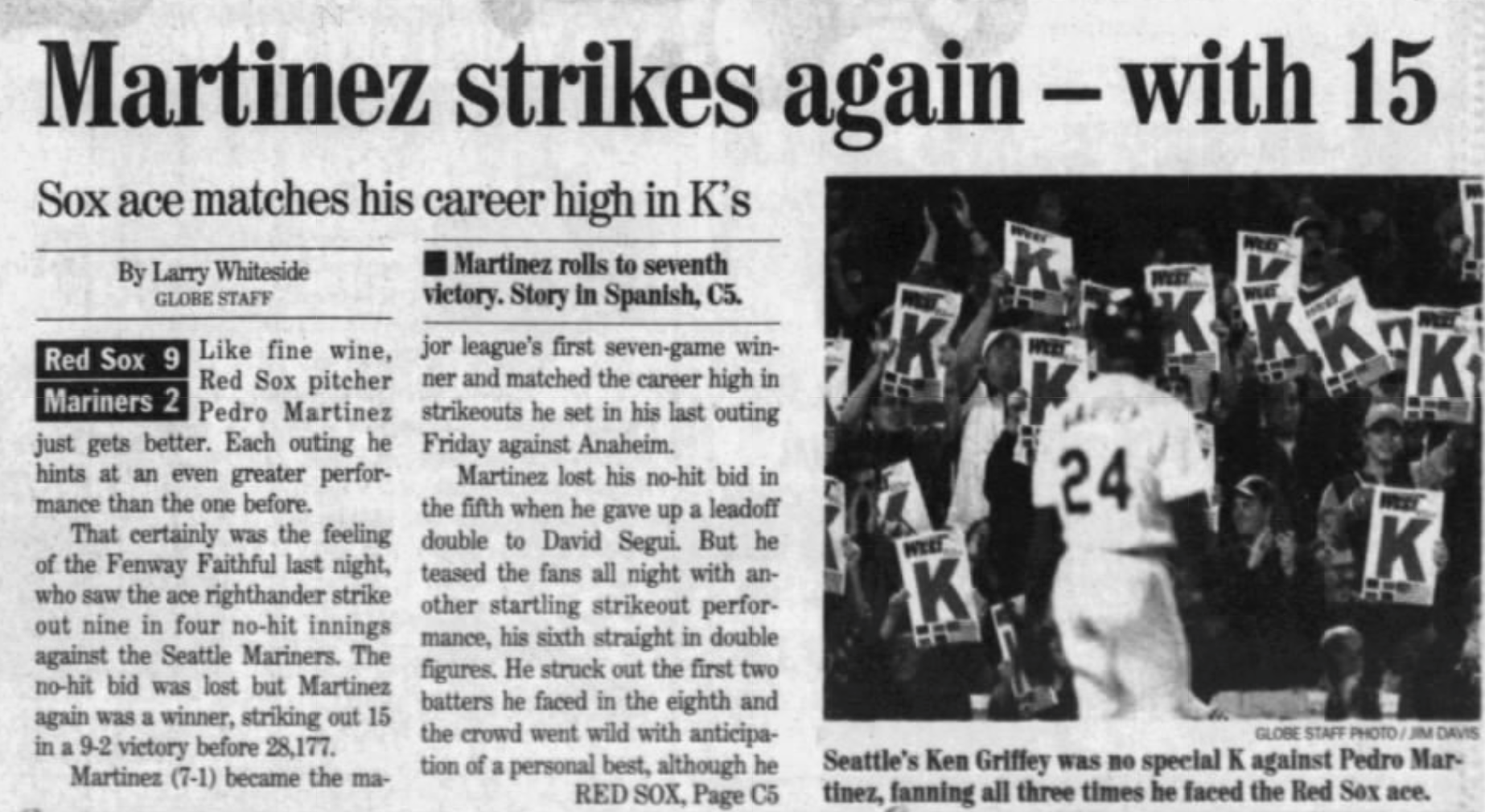 Daily highlight: Georgia State infielder Baylee Sexton made a diving catch during a 4-1 win over Georgia Southern on Tuesday.