The release of the 2021 NFL schedule means that everyone now knows exactly when Tom Brady and the Buccaneers will travel to Gillette Stadium for a matchup with the Patriots. That includes Brady himself, who jumped on social media to react to the schedule announcement.

The game, set for Sunday, Oct. 3 at 8:20 p.m. (in primetime on NBC), will be the first time Brady faces his former team, who he left as a free agent in 2020. Brady, who helped lead the Buccaneers to a Super Bowl LV win in his first season away from the Patriots, is already looking forward to it.

The seven-time Super Bowl winner even had a joke ready for the moment when his former teammates meet his new ones.

“It’s like when your high school friends meet your college friends,” Brady tweeted.

The Buccaneers are set to return all 22 starters from the team’s championship run last season. The Patriots, on the other hand, have an array of new faces after a busy offseason.

Demand for tickets to the Week 4 game is predictably high. As of 12:30 p.m. on Thursday, less than 24 hours after the schedule announcement, the cheapest seat for the game on Ace Ticket is over $1,000 to sit in the upper deck.

Obviously, the prices are considerably higher than a normal regular season Patriots game. In the team’s season opener against the Dolphins, the lowest price for a ticket starts at $259 as of Thursday afternoon. 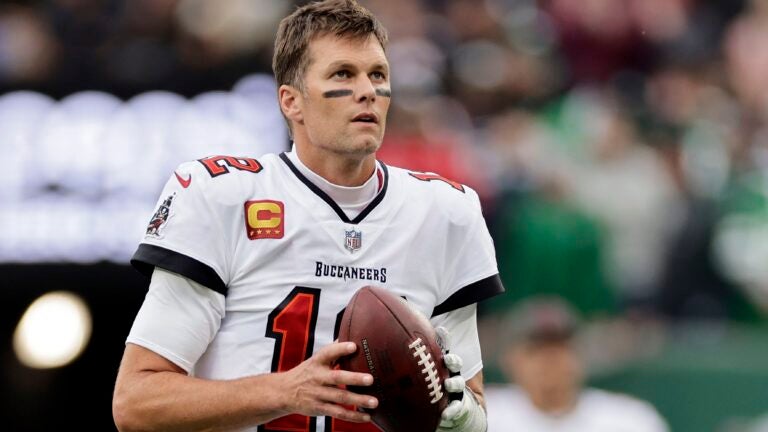 Seth Wickersham believes Tom Brady will retire after the playoffs