The hype train for the Patriots’ Week 4 clash with Tom Brady and the Tampa Bay Buccaneers is already so insane it will be a slight disappointment if it doesn’t shatter all-time ratings for televised sporting events.

Even the legendary quarterback himself is getting in on the action, re-posting the famous photo of his last walk through the Gillette Stadium tunnels with “10.3.2021” — the date of the game — in the picture’s foreground.

He’s not the only Tom Brady looking forward to the date of destiny, either.

Brady’s father, Tom Sr., cold-called the Bertrand and Zolak Show on 98.5 The Sports Hub to share just how excited he is for his son’s impending return to Foxborough.

“I started salivating when I saw that we’re playing the Patriots in the fourth game of the season; and we’re coming up here to make our record 4-0,” the elder Brady said.

Brady Sr. admitted there were “no walkovers” in the early part of the Buccaneers’ schedule, which includes an opening weekend tilt with the Dallas Cowboys, a Week 2 matchup with the Atlanta Falcons, and a West Coast trip on a short week to play the Los Angeles Rams in Week 3.

New England, meanwhile, will face their division rival Miami Dolphins and New York Jets in Weeks 1 and 2 before playing the New Orleans Saints in Week 3.

He also maintains the Patriots are “our second-favorite team” and that his family still roots for their old squad. His son did spend 20 years with New England and won six Super Bowls in Foxborough, after all.

But he says there will be no divided loyalties when the younger Tom Brady returns to town with the Buccaneers — and no doubt about the result: “We expect to beat the Patriots rather handily, frankly.” 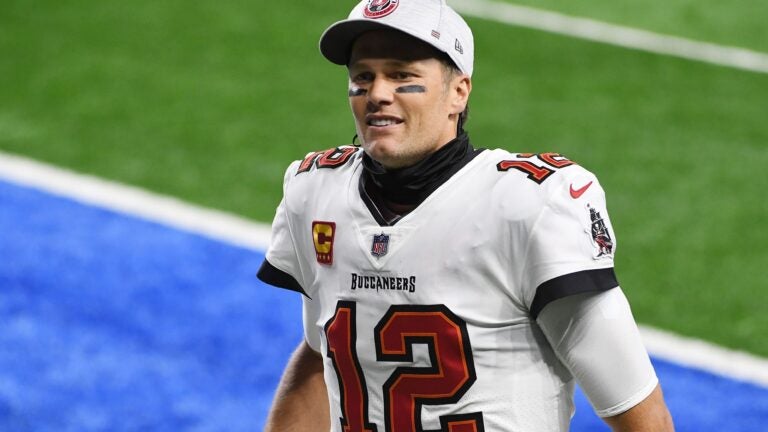