Patriots defensive captain Lawrence Guy knows there’s only so much you can control about free agency and that his return to New England wasn’t guaranteed.

But he told reporters Thursday that he knew before last season ended that he wanted to return to Foxborough for another year — and not just for football reasons.

“I laid roots in the ground,” Guy said, citing his work in the Boston community. “The people I’ve touched, the people that have touched me … we’re changing lives.”

Of course, the football reasons and the culture of the team he’s spent the last three seasons with were compelling enough on their own.

“Understanding that I get to come back to a facility, a team — ownership and teammates — that are accepting and are willing to play for something … you could never want to give that up,” he said.

“Once you become a Patriot, you’re always a Patriot for life.”

The gregarious Guy is now back in New England on a four-year, $11.5 million deal, joining a revamped squad looking to avenge last year’s playoff absence.

The team will return some familiar faces in linebackers Dont’a Hightower, who opted out of last season, and Kyle Van Noy, who re-signed with the Patriots on a one-year deal after spending 2020 with the Miami Dolphins.

The re-integration of such familiar players into the defense could mean a great deal for the unit’s success in 2021, Guy explained.

“Bill’s system is one of the hardest systems to play in, and we understand that … not everyone can come in here and play,” he said.

“We all know each other. We all know how we play. We know the downs, we know the ups, we know everything about how we’re going to flow. That’s going to bring a better brotherhood than anyone else that’s coming into the room.”

But he’s also excited for the new additions to the defense, including defensive lineman Davon Godchaux and outside linebacker Matthew Judon.

Judon, in particular, is someone Guy knows well: The two played together for a year in Baltimore in 2016 — Judon’s rookie season.

“I was thrilled when I saw Judon get signed,” Guy said. “I remember him when he came out, coming from that D-II school (Grand Valley State), and (the) growth … over those years was impressive. I knew he was going to do great things.

“I remember … when I left Baltimore, I looked at my coach and said, ‘This kid’s going to be special.'”

How much time has he been able to connect with his old and new teammates off the field? Not much, Guy says, because someone else in his life is currently demanding a lot of attention.

“We just had a baby two weeks ago, another little girl,” he said with a laugh. “I got a 4-year-old who comes down and beats me up in the middle of the night. My little one won’t sleep through the night … that’s been my whole focus.”

But on the field, he’s already preparing his teammates to get back to the elite level expected of a Patriots defense.

Guy hopes that extra work helps the Patriots rebound from a tough 2020 season. Specifically, the defensive line uncharacteristically struggled against the run, ranking among the league’s worst defenses in that regard.

But like teammate Deatrich Wise Jr., Guy is looking at last year as a learning experience to build on for 2021.

“You want to learn from your failures … and that’s what we’re doing,” he said. “We struggled at certain things, and now we have to pick that up and realize, ‘How do we get better?’

“[Nobody] wants to stay the same. Everyone wants to improve.” 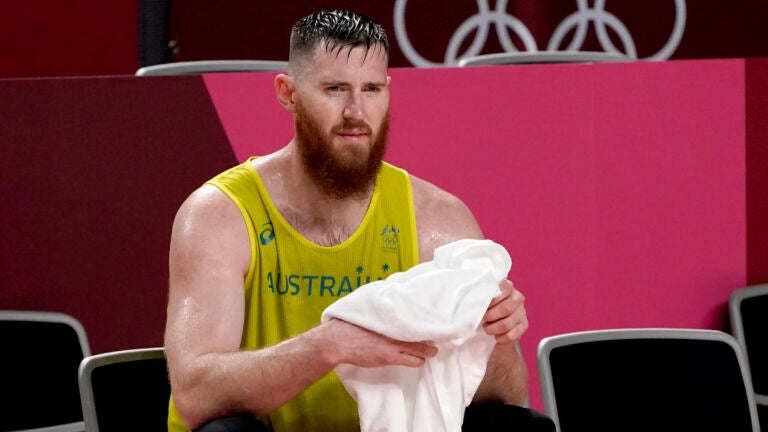