Even with the NFL Draft well past us, the Patriots’s splashy offseason might still be developing.

Julio Jones has been the subject of trade rumors in recent weeks, and the Patriots are among the favorites to land the Falcons’ star receiver. The Patriots are listed at +700 odds to be the team Jones plays for in Week 1 of the upcoming season on DraftKings Sportsbook. Those odds are tied for the fourth-best, trailing the Falcons, Chargers, and Colts. The Ravens are also listed at +700 odds.

While the Falcons have the highest odds, The Athletic’s Jeff Schultz reported earlier this week that the team “would like to trade Jones.”

NFL Network’s Mike Giardi reported Saturday that the Patriots have had “internal discussions” about requiring the star receiver.

If the Falcons decide to move Jones, it won’t occur until after June 1. After that day, the Falcons would save $15.3 million in cap space if they move Jones, which they need in order to sign their draft picks. With several other teams in a similar cap situation as the Falcons, there won’t be many suitors for Jones, according to Schulz.

The Patriots have roughly $15 million in cap space, according to salary cap guru @PatsCap on Twitter, but they still have to sign their first three draft picks. With Jones having a $15.3 million base salary, the Patriots would likely have to restructure his contract or find a different way to create cap space to sign him.

The Patriots have already made several moves to bolster their receiving corps for 2021. They signed receivers Nelson Agholor and Kendrick Bourne in free agency. They also signed tight ends Hunter Henry and Jonnu Smith, who were both among the top pass-catching tight ends last season.

Despite the moves, none of those players have the upside of Jones. He’s a seven-time Pro Bowler and finished in the top three for receiving yards in each season from 2014-19. Jones missed seven games in 2020 due to a hamstring injury, but he was still productive. He caught 51 passes for 771 yards and three touchdowns in nine games last season. 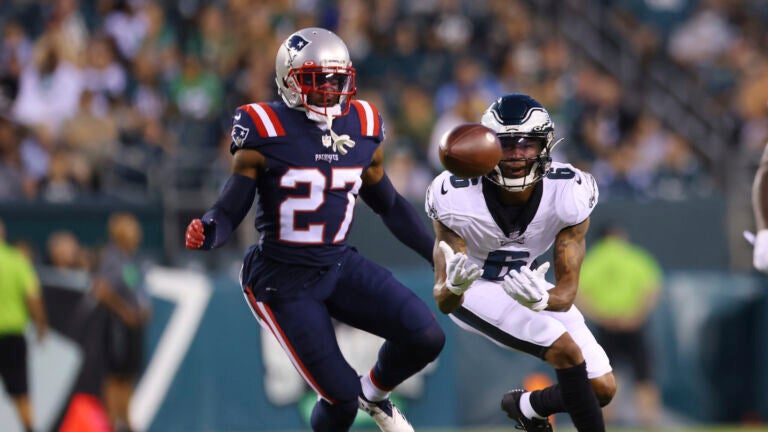