And the Bruins await the winner of the Islanders-Penguins series. New York took Game 5 on Monday in overtime to take a 3-2 series lead.

Edelman’s take on the situation facing Jones (the first quarterback Bill Belichick has ever selected in the first round of the NFL draft) is that it will be intense simply given the fanbase.

“This ain’t going to be easy,” Edelman told Irvin. “This town is tough. This town is mean. This town is blue-collar. Boston people, the New England people, they want winning. They’re used to that in all sports. The kid’s going to have a lot of pressure.”

Asked about Edelman’s comments, another former Patriot shared his own view of the situation in a Tuesday edition of “Get Up!” on ESPN.

For Tedy Bruschi, who helped the Patriots win three Super Bowls during the early years of the Tom Brady era, it’s important to remember that Brady himself was not always heavily relied upon to make plays in Belichick’s system.

“Julian’s right about everything that he said,” Bruschi began. “And during that time that Julian was there, that’s the way that it was, but pre-Julian Edelman, and when Brady first started out — you know, relating that to Mac Jones’s situation — Belichick didn’t put Brady through the wringer right away.

“I mean it took seven, eight, nine years for Tom to get tired of Bill Belichick,” Bruschi joked. “But [for] the first couple of years, Brady was taken care of like a young quarterback, coddled if you will. All you have to do is make a throw here, make a throw there, not turn the ball over, it’s simple. Just do that. You’re a young guy, we’re just trying to take care of you, trust your defense. I think that’s the way it’ll be.”

Still, Bruschi acknowledged that in one respect, Edelman’s analysis is spot on.

“Now the pressure from the fans and everything, Julian’s right,” Bruschi noted. “That’s all going to come, they’re going to want to see it soon, but I think there’s a little bit of Bill that knows how to coddle players, especially at the quarterback position and slowly give [Jones] bits that he can digest and understand. Mac’s used to the pressure coming from where he came from in Alabama with Nick Saban, but [the Patriots] will work him well.”

Trivia: Julian Edelman’s first career catch came in a Week 2 loss to the Jets in 2009. Who led the Patriots in rushing that day?

Hint: He is one of only 31 players to have totaled more than 10,000 rushing yards in his NFL career.

Revolution playmaker Carles Gil signed a contract extension: The 28-year-old Spaniard will stay in New England through the 2024 season.

Giannis Antetokounmpo showed off his juggling skills: With the result all but settled during the fourth quarter of the Bucks’ 132-98 playoff win over the Heat on Monday, the 26-year-old put his multi-sport talent on display.

On this day: In 1965, Muhammad Ali defeated Sonny Liston in a rematch of their first title fight. The fight was hosted in Lewiston, Maine after initial plans for the setting to be the Boston Garden were scrapped.

The fight proved an anticlimax, as Ali ended it quickly with a first-round knockout. The rematch’s greatest legacy was an iconic moment captured by photographers Neil Leifer (of Sports Illustrated) and John Rooney (of the Associated Press) of Ali standing above Liston. 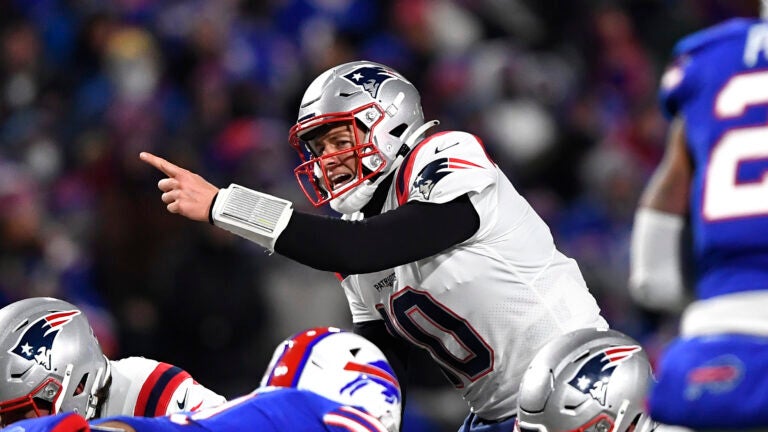